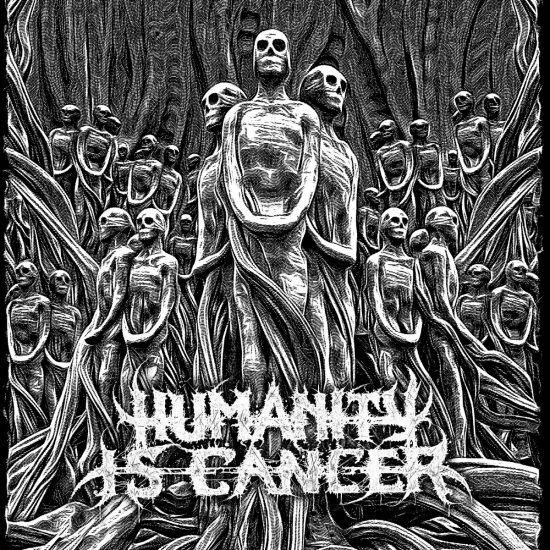 This is an example of “better late than never”, to put it mildly. Humanity Is Cancer wrote the songs on their forthcoming self-titled debut EP back in 2014/2015, as guitarist Thomas Haywood was just about to launch his two labels, Redefining Darkness Records and Seeing Red Records, whose releases have received considerable acclaim in the ensuing years. As a result of the effort devoted to the labels, the EP was put on hold — but it will now finally see the horrid light of a November day in a truly terrible year that has abundantly proven the truth of the band’s name.

And it is definitely better late than never. The four songs on the EP are all terrific, delivering with considerable mastery a style of death metal that draws upon the influence of Aeon, post-Barnes Cannibal Corpse, Morbid Angel, early Decapitated, and Bloodbath. The music’s immediately addictive rhythms are pulverizing, its morbid, preternatural melodies are memorable and haunting, and it achieves heights of ferocity that are spine-tingling. 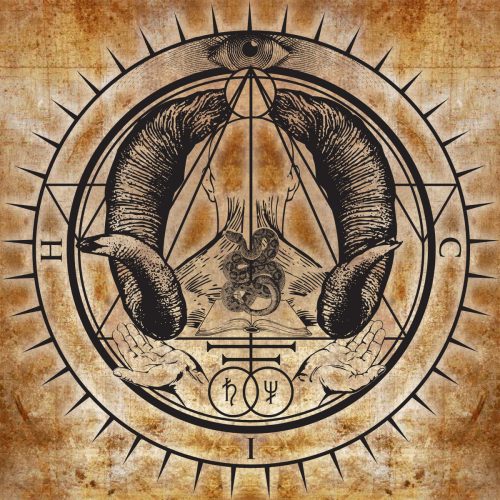 It’s no wonder that the music is so accomplished, given that Haywood (who himself had been a member of Abigail Williams) was joined in the band by long-time friend and comrade Michael Wilson (ex-Abigail Williams/Aborted) on lead guitar, Noah Buchanan (Nunslaughter/From the Hellmouth) on bass and vocals, and Lyle Cooper (ex-The Faceless/Abhorrent) on drums.

Collectively, they make a damned electrifying opening statement with the pile-driving start-stop obliteration, the seething cruelty, and the overpowering menace to be found in “Cancer is Humanity (A Future of Violence & Death)”, which is accented not only by bunker-busting detonations but also a wonderfully sorcerous solo. And from there the EP takes you into the song we’re premiering today, “Harlot“. Thomas Haywood explains:

“‘Harlot‘ was the first tune we teased way back in July 2015. That just goes to show how long ago this was recorded. At the time, I felt ‘Harlot’ was the best track to lead with as it was the most straight-forward. There is no letting up, no holding back, just 100% ferocity which accurately represents the entire EP. The lyrics are equally vicious, as our vocalist Noah had just been through a pretty tough time – great fuel for inspiration! The goal of this whole EP was to find the best musicians possible to make the most in-your-face, no frills, un-compromising, and intense Death Metal possible…and I think we achieved that.”

“Harlot” is indeed a damned intense track. Dismal-toned riffing alternately moans and hammers over a riotous, adrenaline-fueled drum performance, accompanied by rabid vocals that come for your throat with teeth-bared snarls, howls, and screams. It’s a hell of a neck-ruiner in its bursts of rhythmic brutality, which are plentiful, but the rocket-fueled, absurdly athletic drumwork will keep your juices stirred up as you’re equally assaulted by shrill, shrieking, supernatural leads. The song is capped by a swirling, wonderfully weird solo that glows like phosphorescence in the blackness of turbulent ocean waves.

The next two songs are just as strong as the first two. “The Punishment Due” sounds like an artillery barrage intertwined with blood-charges of pure flesh-ripping fury, combining surgically precise mechanized warfare with screaming madness. The band also add an overlay of spectral eeriness and another spectacular solo which morphs from sounds of wrenching grief into a kind of flaring, fret-burning ecstasy, all of it coupled with truly possessed vocal malignancy.

With the closer, “Beyond Salvation“, the band initially pull the mood into a pit of abysmal desolation and then increase both the horrifying grandeur and untreatable hopelessness of that mood. But the band don’t stint on grooves, injecting plenty of bone-smashing blows into the miasma of despair they have created. And perhaps needless to say at this point, there’s another fantastical solo waiting for you, a glimpse of frightening brilliance within a soundscape of heaving, harrowing, soul-harvesting devastation. 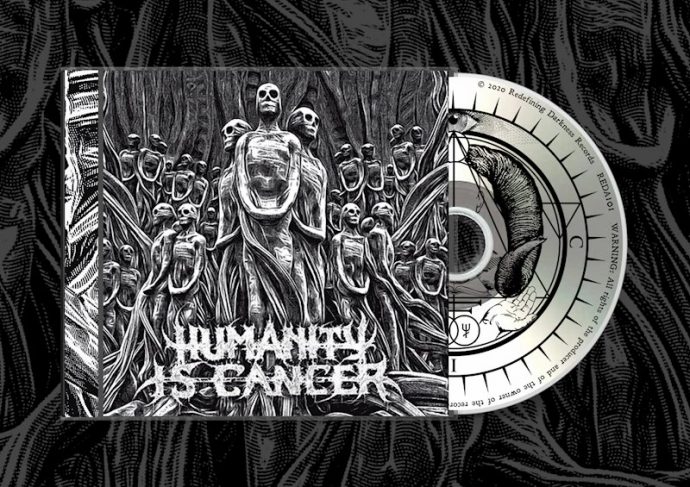 Redefining Darkness Records will release Humanity is Cancer on November 13th, on CD and digitally. It was mixed and mastered by JB Van Der Wal at Hewwetover Studio in the Netherlands. The cover art was made by Remy Cuveillier at Headsplit Design, and the sigil was created by Christopher Horst.

One Response to “AN NCS PREMIERE: HUMANITY IS CANCER — “HARLOT” (AND A REVIEW OF THE SELF-TITLED EP)”