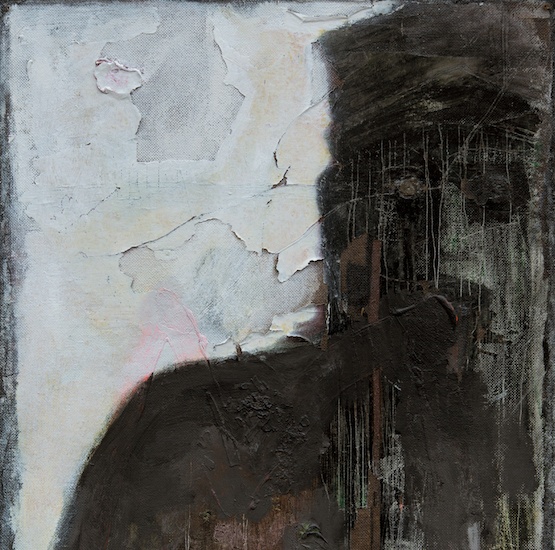 I’ve never witnessed a live performance by Kratzer, though they’ve played over 100 shows in their native Germany, but it doesn’t take much imagination to envision the brawling mosh pits they must stir up from the stage. Just listening to their songs makes you want to kick over the furniture and ram your head into the walls. Maybe that’s just me, but I doubt it.

That primal, explosive power and riotous energy in their music leaves an immediate and lasting impression, but it’s not the only memorable aspect of their songs. They don’t waste time and they favor short, sharp shocks, but they have a talent for packing a lot of sensations into the generally short run-times of their tracks. We’ve got a good example of that talent in the song we’re premiering today from their debut album …Alles liegt in Scherben, and perhaps even better examples in the streams of previously released tracks that we’re also sharing. 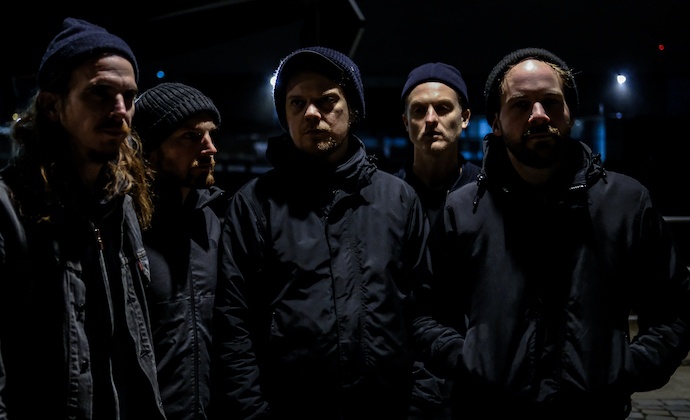 Stylistically, Kratzer harness a team of well-muscled wild stallions and then whip them into a fury, blending influences that range from Swedish d-beat/crust to U.S. hardcore punk and extreme metal. The sound is rough, raw, and raging, but, as mentioned above, the band also manage to create not just big adrenaline kicks but also emotionally cathartic impacts.

Take, for example, the song we’re presenting today, the name of which is “Dreck” (German for “dirt”). It gives you just enough time to catch a few deep breaths, and then explodes in a fury of hammering drums, slashing chords, and berserker vocals. The whole song has the pulsing quality of an over-driven heart about to tear itself apart, but the heart-bursting, gritty-toned riffage is leavened with longer chords that give the music a bleaker and more distraught quality. And just when you think the song can’t become more explosive or riotous, it does — finding a higher gear, opening up the supercharger on the engine, and going out in a blaze of furious glory.

We’ll also share Kratzer’s comments about the song: “‘Dreck‘ is the shortest song on the album and felt like a good change of pace in the second half of the album, regarding riffing tempo and overall attitude. Even though it’s short, its development from quick breaks to melody to blast beats and shredding in the end makes it fun to play live. The lyrics are more or less about ignorance towards other people’s miseries.”

As forecast, below we’re also including streams of two previously premiered tracks, “Staub” and “Error“. The hard-driving intensity of the song we’re presenting today is present in both of those too, but “Staub” is a more melodic and even more memorable experience, though the melodies are shot through with feelings of yearning, grief, and despair. “Error”, on the other hand, though it has its own catchy ingredients, is a spirit-bruiser, straddling a line between grim savagery and even more grim hopelessness — though it ends in a paroxysm of violence. Perhaps needless to say, both songs have the kind of physical vitality and flight-or-fight energy of a back-alley brawl.

…Alles Liegt In Scherben features fantastic cover art by Jan Misdorf. It will be released on October 29th by 7 Degrees Records and 783 Punx in various formats, and you can check out the offerings via the following links.