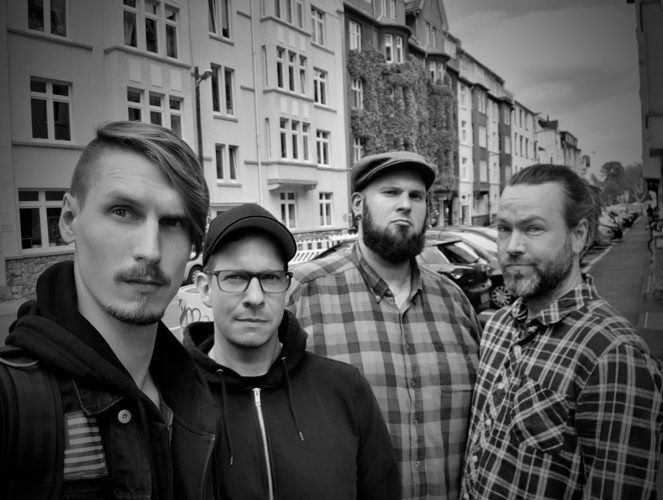 (Here’s a trio of enthusiastic reviews penned by Andy Synn, accompanied by a lot of crippling music)

Those of you who’ve been with us here at NCS for a while will, possibly, know that I usually do these “Unsung Heroes…” articles in January/February as a way of catching up with bands who I didn’t get around to reviewing the previous year.

You also may have noticed… it’s October 2020. Which means I’m kind of jumping the gun a little. But damn, I didn’t want to wait until January to get these three artists/albums written up because they deserve all the love and attention I/we can muster right now. 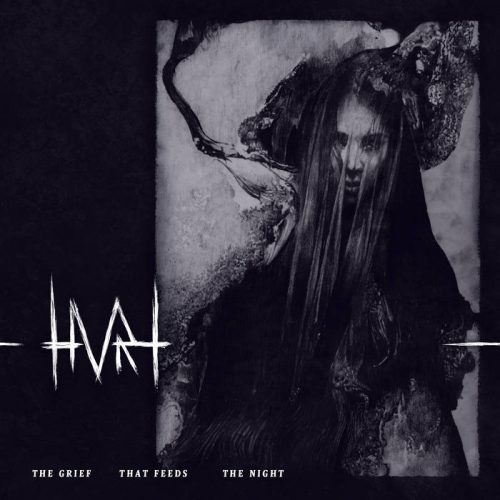 HVRT – THE GRIEF THAT FEEDS THE NIGHT

Strictly speaking, it’s this band who are chiefly responsible for me bumping up this edition of “Unsung Heroes…”, because ever since I stumbled across The Grief That Feeds the Night, the debut (sort of) album from Germany’s Hvrt I haven’t been able to stop listening to it.

Sitting somewhere in between Grave, Grief, and Goatwhore, The Grief That Feeds the Night is eleven torturous tracks of barbaric Blackened Death Sludge™, each of which are as grim and as gruesome, as grisly and as groovesome, as visceral and as virulent, as anything else I’ve heard this year.

One moment it’ll be grinding you down with a rolling barrage of stomping Swe-Death riffage (“Moralists”, “Zentrum”), the next they’re dragging you down into a misery-drenched mire of savage sludgery (“Loathers”), before unleashing a bombardment of blistering blastbeats (“Egodepression”) and doom-laden desolation (“Zwischen jetzt und nie”) to finally break down the last of your resistance.

Hell, a lot of these tracks – “Heather”, “Kriegslicht”, “Umbra”, to name but a few – blend all these different elements, and more (including some truly creepy touches of spine-tingling, atmospheric minimalism) within the same song, but such is the band’s natural/nurtured talent (this may be their official “debut”, but this definitely isn’t their first rodeo) that every piece and every part just flows together seamlessly like a river of pitch-black poison.

The quartet save their very best for last though, as the titanic two-part title track ups the ante – harsher, heavier, hookier, and more haunting – in practically every respect, delivering a climactic combo that’s as cruelly compelling as it is utterly crushing.

Quite honestly, with the release of this and the new Yovel, my whole plan for my “End of the Year” list has been thrown into total disarray. But that’s ok, because I wouldn’t have missed this album for the world! 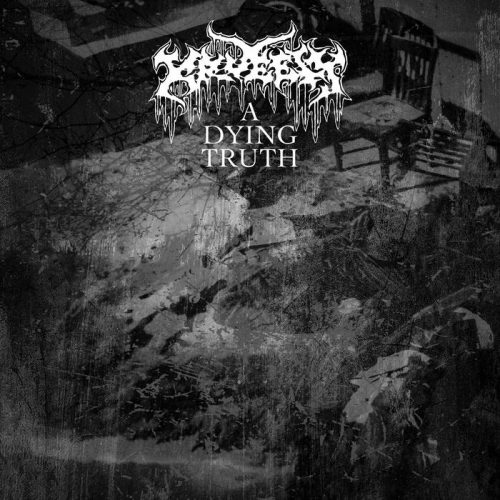 Let’s cut to the chase… if you’ve enjoyed this year’s Xibalba and Terminal Nation albums, or if you’re just looking for a new soundtrack to your next super-heavy squat session, then you need to hear this album right fucking now.

Call it Death Metal. Call it Hardcore. Hell, call it Deathcore for all I care (although “Doom-core” might be more accurate). Just give it a listen and prepare to feel your neck muscles thicken in response.

There’s nothing particularly clever or calculated about this Japanese quintet’s long-gestating debut, but you’re unlikely to care once “Introduction to…” finally gets into gear.

Fittingly, it really is a perfect introduction to the band, whose devastatingly heavy, subtly doom-laden dynamic is built around a hefty core of big, dumb, hyper-macho beatdown riffs and chunky, chest-beating chugs, all delivered with the punchy, pugilistic energy of Hardcore and the heavyweight intensity of Death Metal.

But although the group’s sound may be relatively simple, it’s one they’ve got pretty much nailed, and which they’re able to wring a hell of a lot of potential out of over the course of this record’s forty-ish minutes.

They’re also not afraid to throw at least a little bit of variety into the mix, as each track has its own distinct identity – from the Bolt Thrower meets Bane attack of “Ancient Words” and the Autopsy/Obituary-esque lurch of “Vengeance” and “Darkside”, to the Hatebreed-in-hell stomp ‘n’ swagger of “Intitulado” – while also being completely and unrelentingly heavy-as-balls from start to finish.

Heck, there’s even – whisper it – a little bit of melody injected here and there (but only a little).

A Dying Truth is living proof that innovation and originality aren’t always necessary – sometimes all you need is a Hardcore heart and a Death Metal backbone… oh, and some seriously chunky riffs.

Damn, this is the second time in as many months where I find myself utterly entranced by an album from a doomy duo whose music gives off some seriously heavy (and I do mean heavy) Crowbar and Celtic Frost vibes.

But whereas Norwegian riffmongers Hymn added an extra layer of moody, Cult of Luna-esque Post-/Prog/Sludge (with brilliant effect, I might add) to their formula, Aussie antagonists Kvll  have gone in a very different direction by dropping a massive depth-charge of cacophonous, Conan-style caveman-doom into the mix, which makes for a much uglier and more primal record all round.

Opener “The Death of All That Is Crushing” is just over five-and-a-half minutes of gargantuan riffs and primitive percussive rhythms, all topped off with a truly terrifying, agonising vocal performance from guitarist/vocalist Mitchell Kerr (when he shrieks “collapse under pressure!” about half way through the song it honestly sounds as though he’s about to be buried alive), while the succinctly (and aptly) named “Slow Death” is a back-breaking, bone-grinding, instrumental dirge that’s as indecently hypnotic as it is insufferably heavy.

But while both these tracks – and, indeed, the album as a whole – find the band glorifying in the sheer malevolent mass of their disgustingly dense Death/Doom sound, the duo (completed by drummer Brayden Becher) also clearly understand the importance of space and melody (in small doses at least) in constructing a compelling dynamic.

You can see this in the way that the monolithic (and Monotheist-ic) strains of “Sacrifice” are allowed to ring out and breathe a little more (especially in the song’s moodier, roomier second half), as well as the way in which they inject humongously heavy closer “Beneath the Throne” with a shot of eerie, acid-drenched melody in a manner that would make it fit in perfectly on the soundtrack to Nic Cage’s drug-fuelled Doom Metal odyssey in Mandy.

Of course, even with these slightly more nuanced elements in play the real name of the game is still pure, heart-stopping heaviness (especially on “Blood to Altar”, which could easily go toe-to-toe with Triptykon at their heaviest), and in that regard the group’s dedication (and mastery) of their crushing craft is absolutely second to none.