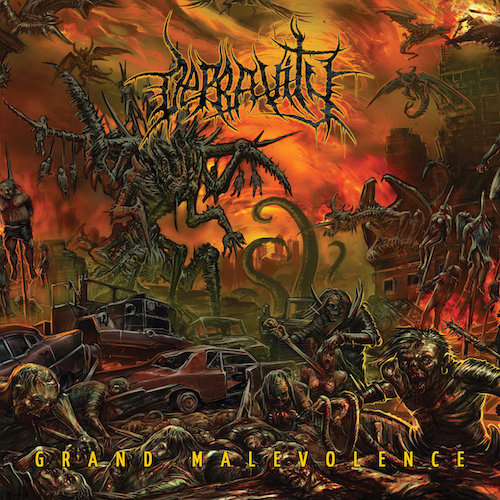 With a song named “Castrate the Perpetrators“, conceived and executed by a band named Depravity, you’re already expecting a savage experience even if you haven’t previously heard the music of these Australian death-dealers. And trust us, your expectations will be satisfied, in spades. Yet you’ll also discovery that maniacal savagery is only part of the experience (albeit a significant part), and that the other dimensions of the music are just as gripping. And thus this is the kind of death metal brutality and rage that doesn’t wear out its welcome.

Of course, many of you already know something about the musical proclivities of Depravity thanks to their 2018 debut album Evil Upheaval, which was an eye-popping display of the belligerent yet ingenious talents of Depravity’s experienced line-up. Their new album Grand Malevolence is likely to open eyes even wider. It will be released by Transcending Obscurity Records on December 4th, and it’s home to the song we’re premiering today. 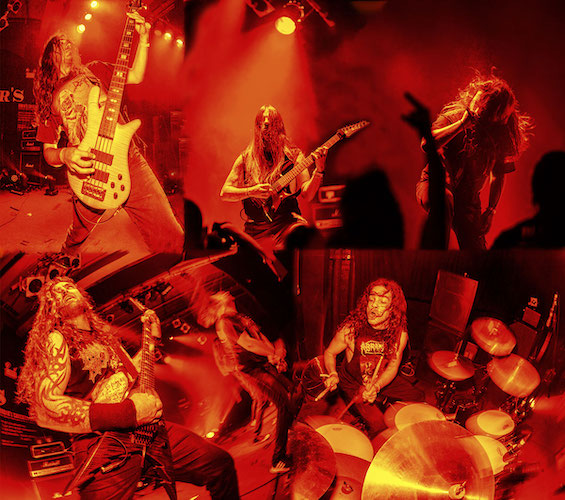 You’ll get a quick clue to the breadth of Depravity’s stylistic influences and ingredients just by gazing upon the long “For fans of” list that Transcending Obscurity provides for this new record: Suffocation, Archspire, Morbid Angel, Psycroptic, Nile, Spawn of Possession, Gorgasm, Immolation, Hour of Penance, Abysmal Torment, Decrepit Birth. As that list suggests, the music does indeed deliver pummeling barbarity, blast-furnace heat and speed, technical athleticism, and a taste for otherworldly melody.

“Castrate the Perpetrators” is a good example of this. It’s a carefully crafted hybrid of sensations, both a sonic bloodbath of violence and a chilling excursion into realms of occult menace and monstrosity. The music generates brutal, explosive power and unchained ferocity, but it’s also well-plotted and sharply executed, and it further includes veins of exotic melody that prove to be supernaturally threatening as well as seductive.

The song discharges thunderous drumming and a combination of long brazen chords, jolting grooves, and frantically buzzing and squirming riffage. An adrenaline-fueled assault, it draws further fuel from an array of bestial roars and throat-cutting shrieks. But slithering melodies and oppressive heaviness in the low end also generate an aura of esoteric peril and morbid gloom, and the sorcerous picking near the end, surrounded by a light wash of spectral ambience, only deepens the feeling of mysticism and mystery 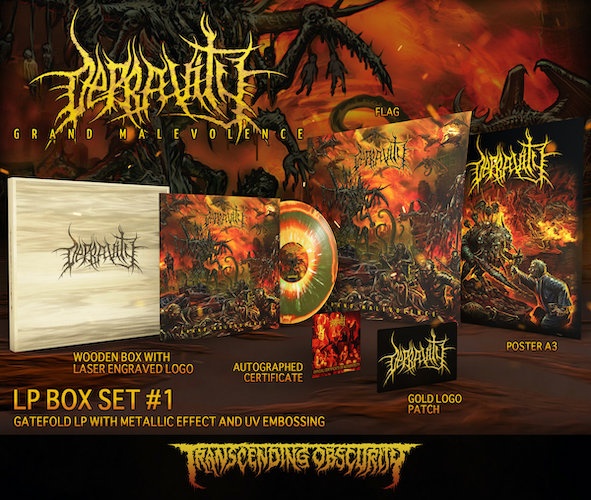 The album features macabre cover art by Alex Tartsus (Sepulchral Curse, De Profundis), and Transcending Obscurity will release it in a variety of formats, including variant-colored vinyl LPs, CD, cassette-tape, and digitally, along with a special wooden box set and bundles that include apparel.

Along with today’s premiere we’re also installing a player that you can use to check our three other tracks from this ravaging new record.