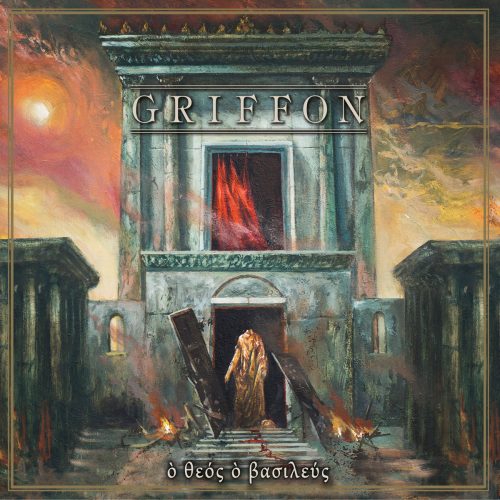 As the title suggests, the album thematically addresses the relationship between spiritual and temporal power over the span of millennia, when at times monarchs and religious peoples and institutions fought, cooperated, and sometimes claimed the power of the other as their own. Lyrically, the album begins with the conversion of Saul on the road to Damascus and ends with a different kind of claimed union with the divine — the apotheosis of Roman emperors into godhood by the vote of the Senate.

In between those opening and closing tracks the songs use different languages and musical paths to explore episodes in the album’s historical narrative arc. Today we present one of those tracks, “Les plaies du trône” (the plagues of the throne), a song co-written by Griffon with Tedd from the French band Wyrms. 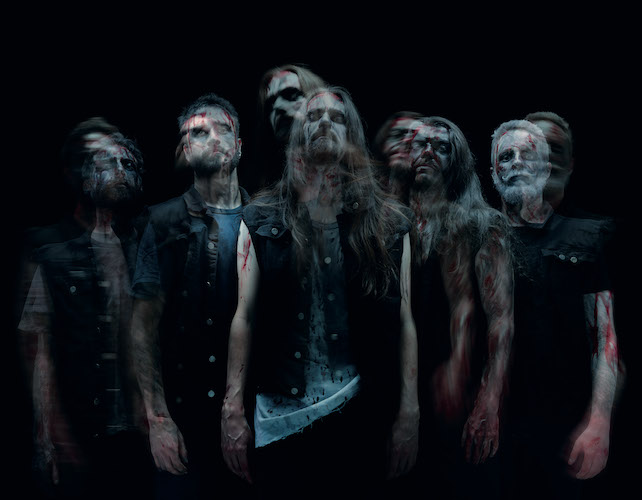 The song is a harrowing experience. It jars the senses and reaches zeniths of intensity that are unnerving. It provides moments of relief in ways that are fascinating, and even the most raging storms of sound are beguiling in their own way, but the overarching impact is ravaging.

Griffon create a sense of tension and turmoil immediately. With a vibrant bass pulse and a methodical drum beat as the anchor points, they generate a dense haze of abrasive, dissonant sound, coupled with flesh-scarring vocal belligerence. They torque the tension harder with bursts of double-bass drum mania and rapid-fire fills as the riffing rises and falls in an unsettling delirium.

The music softens with an acoustic guitar harmony, but the heft of the bass intrudes, and a chiming electric guitar adds to the creation of an entrancing spell. But soon enough the music crashes like a giant wave against a rocky shoreline, the chords raking and roiling as those terrorizing vocals again take command. The music becomes brazen in its intensity, drums blasting and guitars swarming.

There comes another respite, but an uneasy one, as the guitar weeps and wails, joined by an anguished solo. And with a protracted howl, the song surges to the greatest heights of intensity yet, the drums thundering and tumbling, the riffs blazing and contorting in a fearsome frenzy, the vocalist screaming in a paroxysm of rage. There is one final respite at the very end, a finale of glinting acoustic strings. They seem to beckon, but if you’re like us, the song itself beckons to be replayed immediately.

ὄ θεός ό βασιλεύς is adorned by the cover art of Adam Burke (Nightjar Ilustration). LADLO will release it in LP vinyl and digipack CD editions, along with related apparel, and it will be available for digital download as well. Check out the options via the links below, and also check out two previously released tracks, “L’Ost Capétien” and “Apotheosis”, along with today’s premiere.