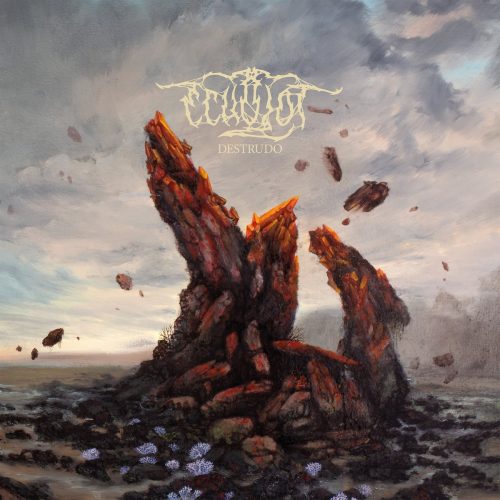 (In this new interview brought to us by Comrade Aleks he talks with Renato Matteucci, bassist of the Swiss band Echolot, whose new album was just released by Czar of Crickets Productions and Sixteentimes Music.)

As 2020 marches on and Covid turns out to be the common background for any news, just like another ecological catastrophe, the underground scene endures. Swiss label Czar Of Crickets keeps on supporting the scene as far as it’s possible, and so here we have a new album from Basel-based trio Echolot, who have mixed sludge, post-, and prog influences in their songs since 2014.

Lukas Fürer (guitar), Renato Matteucci (bass), and Jonathan Schmidli (drums) are back with a new full-length album, Destrudo. As Renato says: “Heavy tones, loud amps and some floating rhythms full of different time signatures is what we want to do at the moment”. Sounds good, so let’s try it! 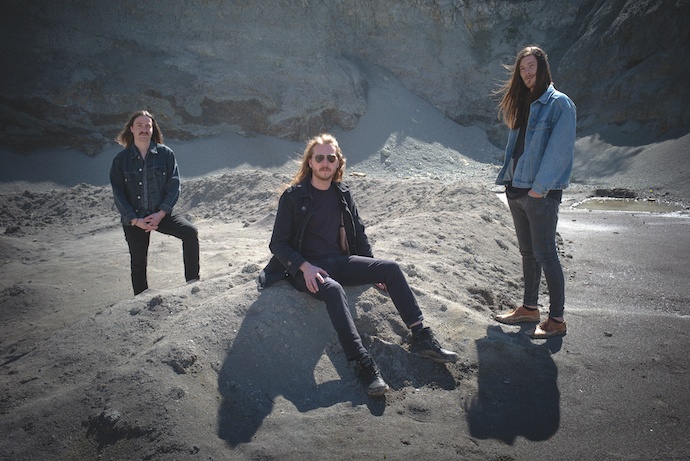 Hail Renato! How are you? What’s the quarantine situation in Basel?

Hi Aleksey, we are good, thanks! There is no quarantine in Basel as long as you’re not Covid positive or in contact with somebody who is Covid positive. We wear a mask!

Didn’t you think to stop Echolot’s activity due to this situation and focus on more vital things?

Well, Echolot is very important for all three of us. So we always had rehearsal and kept playing in our safe band cave. Some of us still had work in our usual jobs. So pretty normal I would say. Most of the shows for the Destrudo release tour got canceled, so we had to slow down with the live ambition. See ya next year!

Don’t you want to stream a live rehearsal or play the album on-line just in order to show that you didn’t forget how to do that? : )

Our rehearsal room is on the 3rd basement floor. So there is no sunshine or WiFi at all. Not even flies and spiders live down there. We have the second stream this year on October 21st on RadioX where we will be streaming the album live.

It happens every week but I still wonder how underground labels and bands keep on recording and releasing new music. How do you see the quarantine from the band’s point of view?

That maybe shows the quality and energy of some sub-underground bands and labels. We wanted to record and release a new album and with the amazing hometown crew of Basel we could make it possible. They all want to do stuff, so we were lucky, flexible and found some alternatives.

So would you say that Destrudo isn’t just the result of Echolot’s efforts? Did you think to record and release it DIY if there was no other way?

Well, we are happy to have good friends around who support us in many different ways. We have a vision of how Echolot should sound and look. So we have to work with others to make this dream come true. But at the same time I would say we are still working with the DIY heart. The videos are mostly self-productions for example, or we helped with the shirt printing and so one. So much love in everything of Echolot. =)

How long did you work on new material? What was your initial vision of Destrudo?

In two years we created many songs. Some of them you can hear on Destrudo. The vision of Destrudo was to create something more dark and heavy. It was an organic way to go. I think there was something in us that had to blow up and get out of us and that’s what we did! 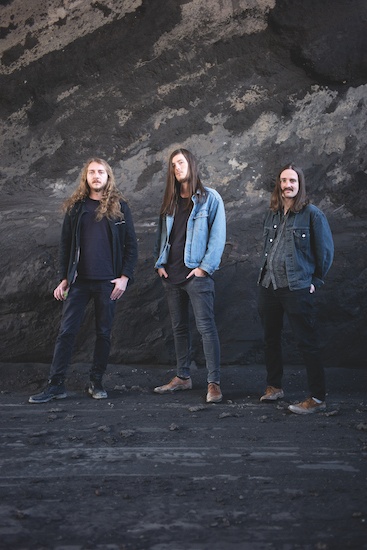 Do you mean that the message behind these songs is heavier too? What inspired you to choose a darker path?

Yes, the lyrics and the meaning behind them are pretty intense for my taste. I think there are a lot of things that are going really wrong in many ways for us all. To not become stuck in crises I think I found my outlet in music at the moment. But there is always a day after a night, a moon after the sun. I am looking forward!

How are lyrics important for you? Do you feel the music is enough to channel your message in Echolot?

We want to say something. With the sounds of the instruments and also with the voice and lyrics! I think if we just want to talk with the instruments, then there would be less voice and more samples or something on the album. For me the lyrics on Destrudo are really important. The screams fit them perfectly and I feel better every time I play and sing these songs.

You’ve said there were many songs created but only some of them ended up in Destrudo. What about the rest?

Those songs are not finished yet. They will be on the new album next year if everything goes right! 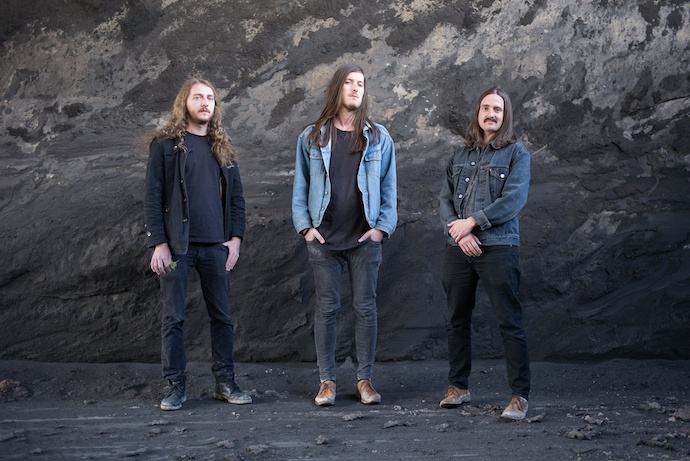 The album consists of pretty big compositions with lots of changes in mood and tempo. How did you develop these tracks? How far have they grown from the original versions?

“Growing“ fits perfectly to the way songs arise in Echolot. They start with a seed, a riff, an idea, and then grow to a massive tree with many branches on it. Otherwise, we keep some roots of Echolot like the long songs, the ups and downs, dives and high flights. That’s something we don’t plan, I think that’s the way we are.

Do you mean that all these cascades of riffs, chords, and leads were born mostly during improvisations? How much of Destrudo was constructed?

Everything is constructed by Echolot. We never jam as a band. Jonathan the drummer and I did a lot of jamming in our last band. But with Echolot everything is composed and arranged. Otherwise we could never play those songs.

On Destrudo you mix your influences from the sludge and post scenes with some doomy and psychedelic touches. How would you divide these influences? From where do they grow?

We all listen to and love many different kind of music. The fascination for Doom, Post, and Progressive is something we share. Heavy tones, loud amps and some floating rhythms full of different time signatures is what we want to do at the moment. It’s also a thing that changes a bit from year to year. At the moment we getting heavier in a Metal way, but let’s see what the future will bring.

How far is Echolot now with Destrudo from the point where you were with the Volva album?

It feels not that far away somehow. We’ve added some new instruments, chosen a bit of a new musical direction, and have started to scream at our shows. But at the end of the day we are still three friends who love to play music together. With all the ups and downs of course.

New instruments? Do you mean keys or did I miss something?

We added some organ and synthesizer on the album. Some of those parts we were playing live. And I built my own new bass for this album. That was pretty amazing. =)

And how much of the original Echolot is left from what it was back in 2016 on the Vol.I album?

We all still have long hair. =)  I would say we’ve gotten a bit more specific with the songwriting. Less is more sometimes. That’s what we are still trying to learn in a way.

How do you see Echolot’s prospects for the rest of 2020? Do you see a chance to play live to celebrate the release?

2020 sucks! We only have two live shows in Switzerland with special Corona requirements. But at least we can play a proper live show with friends and family. We also had another live stream on 09/21/20 on Radio X. Otherwise we plan to go to a studio at the end of the year. New album next year, new luck for 2021. We’re looking forward to it!