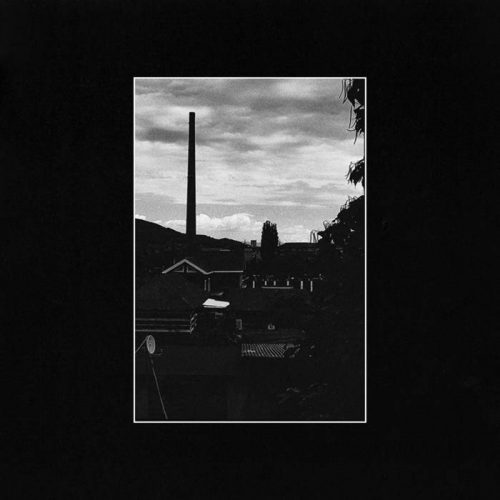 The pandemic brings physical and emotional misery on a vast scale, but as someone once said, life finds a way — including musical life. Creative people continue to create, perhaps as much to treat their own pandemic wounds as to offer a balm to others. And so, for example, 2020 has given birth to a fascinating musical project named Watashi Dake. Who knows, maybe in a more normal year it wouldn’t have happened.

The phrase is Japanese and means “Only Me” or “Just Myself”. But the musical project that took this name is the work of a Romanian artist, R.S., who dwells in Transylvaia rather than Japan. The phrase connects to the lyrical themes and inspirations of the music on the band’s first demo Feral, which speaks of failure, freedom, and struggle. “Feral,” we are told, ” is first and foremost a call to rebellion against the chains that imprison our true nature”. It’s thus not surprising that in addition to two original songs, the demo also includes a cover of Dead Kennedys‘ “Nazi Punks Fuck Off”.

Feral was composed and recorded in the summer of 2020, and it will be released on October 25th by Inferna Profundus Records. Today we’re presenting a full stream of its three tracks. 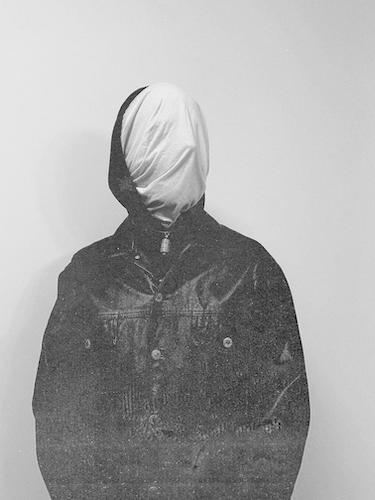 It’s tempting to label Watashi Dake‘s approach as experimental black metal or avant-garde black metal. The two original tracks, “Feral I” and “Feral II”, are definitely unpredictable, and at times seem improvisational. They display a fine ear for moving and even mesmerizing melody, but they’re also rudely anti-melodic, to the point of becoming jarring, spiky, and uncomfortable. Their erratic and unforeseeable progressions, and the savagery that comes through, merit the name Feral.

Both of the original songs are long ones, and they’re long because it took some room for R.S. to build in all the twists and turns in the crooked paths he wanted to blaze. The opening of “Feral I” is quite gripping, fashioned from roiling and writhing riffs, spiraling and shivering leads, hammering drums, and caustic vocal intensity. When the pace slows, the music becomes less frenzied and more beleaguered, and shimmering keyboards coupled with simmering guitar lend an air of spectral horror to the song, though even at full speed the music has a distraught feeling, which becomes even more desperate and delirious when it takes off again.

In the song’s mid-section, it devolves from sounds of demented fever into a strange cacophony, a calamity of clammering voices, whining guitar torture, unstable drum bursts, and murmuring, meandering bass tones. It’s an abrasive, unnerving experience but also perversely engaging. When the song resumes, reprising the skittering, mesmerizing melodic motif from the opening, it’s a welcome relief, though a feeling of broken hope remains, and the shattering intensity of the vocals provides no reprieve at all.

“Feral II” has its own gripping opening. It immediately creates a ghostly, nightmarish atmosphere. It sounds like phantasms wailing from a midnight void. Distorted chords create a miasma of sound across a stalking drum rhythm, and the vocals this time bellow and roar in deep malignant tones. When the rhythm becomes a gallop, and the shrieking vocals return, the music rises and glimmers, a conjoining of eerie splendor and disturbing anguish.

Gradually, the music begins to lose form, melting into a pool of mewling and screaming tones. As in the first song’s interlude, the drum and bass patterns have an improvisational sound, though there’s a rising and falling pulse in the buzzing fretwork that begins to seem almost joyful. When the gallop kicks in again, and the music soars and cascades, the emotional resonance is one of striving, and seems almost hopeful. But that feeling doesn’t persist — the song ends in another episode of abrasion and mental collapse.

And then there’s “Nazi Punks Fuck Off”, an anthem for our times. Watashi Dake puts a twist on the raucous original, making it more vicious and battering, more swarming and thunderous, and the vocals more ferocious and throat-slashing.

As demos go, this one frames a big collage of ideas. Making them all fit together neatly wasn’t high on the priority list (the demo’s title does seem to have been well-chosen for a purpose), but the results are tantalizing as well as bewildering. And besides, nothing else fits together neatly in the world these days. Hopefully there will be more from this intriguing project, but for now you can pick up Feral fron Inferna Profundus on Pro manufactured white cassette tape with a 5-panel j-card, limited to 66 copies. It’s available as a digital download too.

2 Responses to “AN NCS DEMO PREMIERE (AND A REVIEW): WATASHI DAKE — “FERAL””