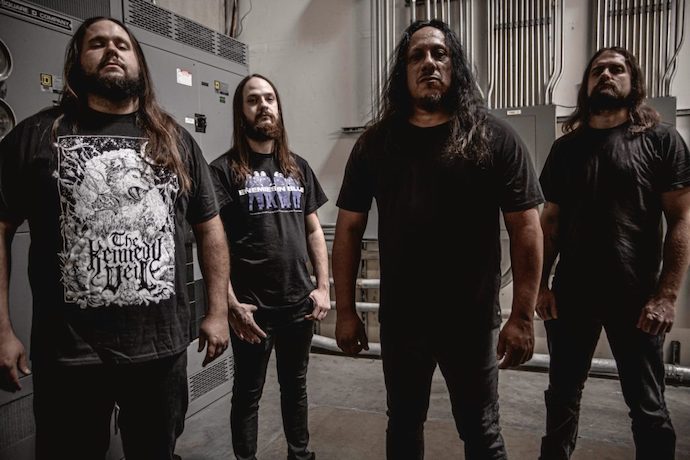 Psychosomatic have been slugging and slashing their way across the heavy metal landscape for more than 30 years, and with their seventh album released in late August of this year by Nefarious Industries they savagely banished any worry that all the years and miles might be slowing them down. With the feral energy of teenagers but the songwriting and performance skills of a band who’ve played over a thousand shows in North America, they put together a ripper of an album under the title of The Invisible Prison.

All the shows and all the recordings have honed the blades of Psychosomatic to an even sharper gleam, but the passing decades haven’t mellowed them in the slightest. And why would they? There are just as many reasons to be pissed-off now as there were in 1988 when these Sacramento thrashers first came together, and probably more. The rage and disgust certainly burn through in the full-tilt riot of “Personality Agenda“, the song that’s the subject of the video we’re premiering today. 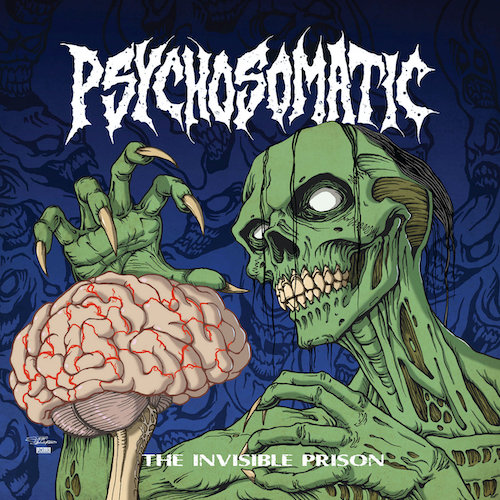 Lead vocalist and bassist Jeff Salgado explains: “‘Personality Agenda’ was written about online falsehoods and personas. A depth into the digital age of opinions without consequences. The raw aggression of style displayed on this video is to give our listeners a view of our stage performance.”

The fury comes through loud and clear in the searing words, which condemn the subjugation of reason and individuality beneath on-line tidal waves of falsehood and counterfeit ideology, all of which stop progress dead in its tracks. The gang shouts ring true: “They won we lost!”

The music is super-heated too, powered by thundering and neck-snapping drumwork, gut-punching bass-lines, darting and skittering arpeggios, and blaring chords. The fierce, blood-pumping energy of the music is highly contagious, and so is the brazen intensity of Salgado‘s screaming yells. And as icing on the cake, you’ll encounter a gloriously glittering and fluidly supple solo that’s a mesmerizing piece of fireworks all its own.

Watching the video is, to be honest, a bittersweet experience. Damned sweet to see these dudes put on a show, which they know how to do so well, but bitter to realize that there’s no way of knowing when they’ll be able to do it in front of a packed sweaty mass of moshers again. The day can’t come soon enough…. 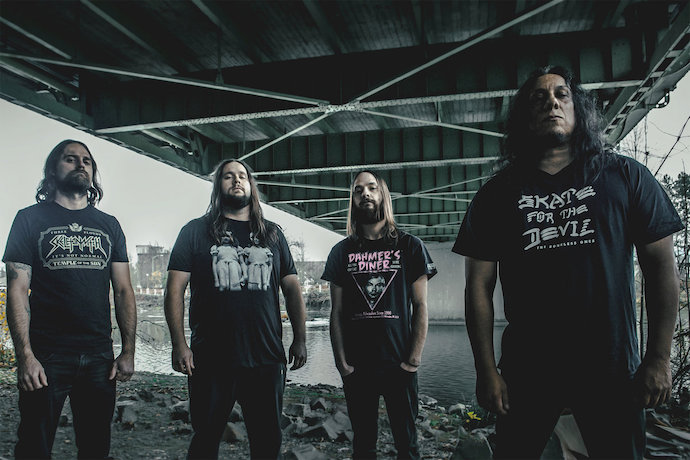 There are a lot more thrills to be found within The Invisible Prison besides the song that’s featured in today’s video, and we’ve included a full stream of it along with the video.

The new album was produced by David Sanchez from Havok (who also performed guest screams on the song “Fortune Dealer”, which had its premiere at Revolver Magazine). The album was mastered by Mark Lewis (Chimaira, Trivium, The Black Dahlia Murder) at MRL Studios. Credit for the cover art goes to Jeff Salgado, with coloring by Vincent Pizarro. Jeff Salgado also directed the video, which was shot and edited by Jesse Davis at DVC studios.

The Invisible Prison is out now via Nefarious Industries on LP, CD, and all digital platforms.