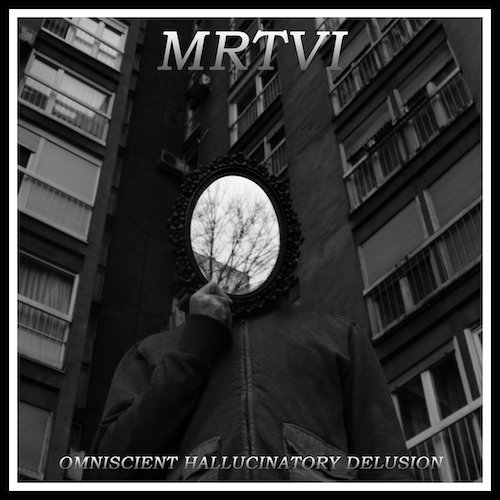 Now MRTVI is only 11 days away from the release of the band’s third album, Omniscient Hallucinatory Delusion, also via Transcending Obscurity Records. The album is divided into four chapters, and each chapter consists of multiple songs. The final chapter, “View of Denial“, unfolds through two songs, and today we’re presenting the first of those — “Perceived Entirety“. 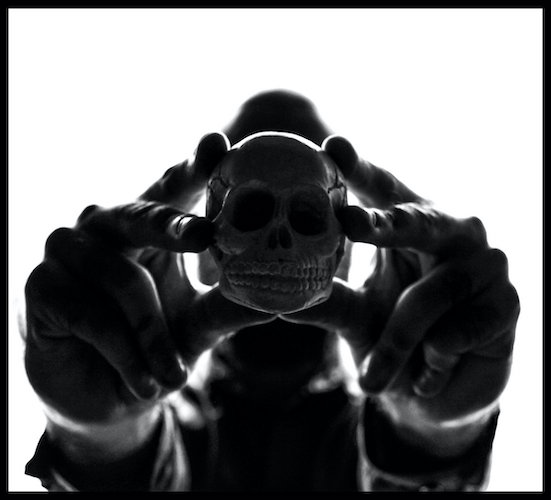 It’s difficult to use track premieres as a way of building interest in an album like this one, because the intent behind the record is that it be listened to as a single work, from beginning to end, as a means of altering the consciousness of listeners. But at least we can present the entirety of the album’s final chapter because the second song which ends the chapter (and the album as a whole) is already out in the world.

“Perceived Entirety” leads us into the “View of Denial” chapter with a collage of sounds that create a mysterious, dreamlike atmosphere. Those ambient sensations persist, but a vibrant bass and a sharp drum rhythm collectively increase the liveliness of the music. Their syncopated tones are head-bobbing and enticing. Bursts of shining reverberations ring through the ambient mists and seductive rhythms, while voices shift between the channels in drugged-out, hallucinatory conversations. The combined effect is strange, enticing, and more than a little unnerving.

Near the end, the song seems to begin fracturing, or at least to assist your mind in fracturing. The voices wail like phantasms; a guitar frantically skitters and whines; the drums begin hammering; the bass pulsates in a fever; the combined sounds become cacophonous.

If you then move into the immediately following track “Obscured Reality,” the voices resume their eerie back-and-forth, the funky rhythms allow you to begin moving again — and then once more the music starts clawing at the listener’s sanity with strange pulsating, writhing, and zipping sounds. The bass itself begins to warble and moan, and then to wander off along its own meandering path as ghosts move in and out of your mind. The impact of all this is simultaneously hypnotic and frightening, and when the bass disappears altogether the closing moments are chilling indeed.

On November 6th Transcending Obscurity will release Omniscient Hallucinatory Delusion on CD and digitally, with bundles that include apparel. Check out the options via the pre-order links below. T.O. recommends the album for fans of Imperial Triumphant, Veilburner, Gnaw Their Tongues, Norse, Plasmodium, Deathspell Omega, and Satyricon.

Four other songs from the album are out in the world, and we’ve included a stream of those below the following links.