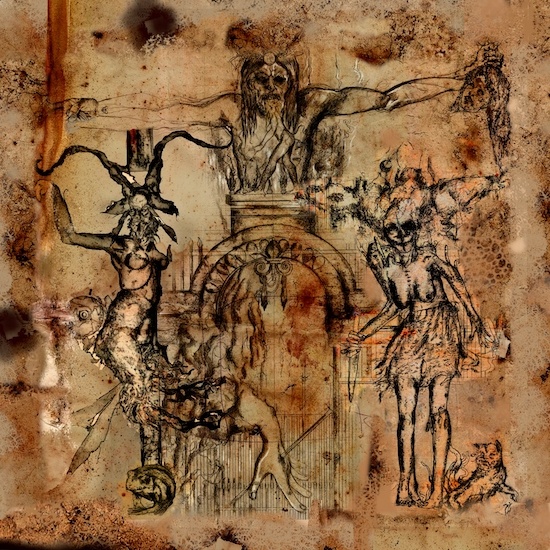 The music of the Italian trio Nibiru is nearly unclassifiable. You can find references to their impetuous and esoteric creations as Ritual Psychedelic Sludge or Blackened Sludge & Drone. The press materials for their new album Panspermia state that “the influences of Neurosis, Black Sabbath or MZ.412 have always been pretty clear”, but those materials also report that “in terms of an atmosphere, Nibiru relate themselves to the post-punk/darkwave scenes of the early ’80s (Fields Of The Nephilim, Virgin Prunes, early Christian Death, Joy Division) and to the pioneers of Depressive Black Metal, as well as bands such as Xasthur or Shining.”

Those are all useful clues, but they also underscore the point above — that the music is extremely difficult to capture through genre labels and other typical reference points. Their non-musical inspirations, which range from occultists and esotericists such as Aleister Crowley, Kenneth Grant, Austin Osman Spare and Julius Evola, to “psychiatric essays, a deep inner illness and a peculiar cult for the actor Klaus Kinski”, also provide clues, but they too are a bit bewildering.

Even the premiere we’re presenting today in advance of the new album’s November 13 release by Argonauta Records, doesn’t function as a summing up — not even close — but it does provide a tantalizing glimpse. 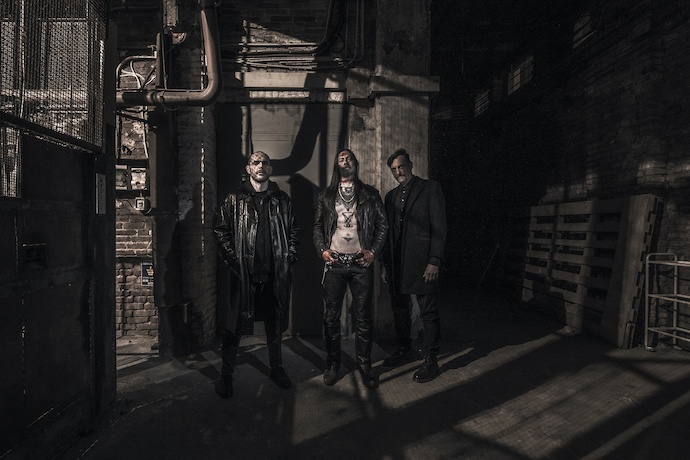 The stream below is merely an excerpt from the album’s opening track “Alkaest“. The excerpt is a bit more than four minutes long, while the full track goes on for more than 21 minutes. The excerpt is better than nothing, but really just scratches the surface. And although the complete version of “Alkaest” digs far deeper, even it doesn’t reveal everything that Nibiru have concocted for Panspermia. “Alkaest” is followed by three other unusually long tracks, which collectively bring the album’s length beyond an hour. Of the album as a whole, placed in the context of the band’s other full-lengths, vocalist and guitarist Ardat has commented:

“Panspermia, the limit of the alchemical path, the ancestral environment finds its balance in the mutability. The physical, ferocious rage of Qaal Babalon, the painfully cerebral violence of Salbrox and finally the primordial soup Panspermia, the last desolate journey divided into four steps, without interruption, alkaest, aqua solis, efflatus, kteis, ebb to the earth, to chaos to Caosgon“.

Although the stream below is just a portion of the “Alkaest” experience, we can try to place it in context. 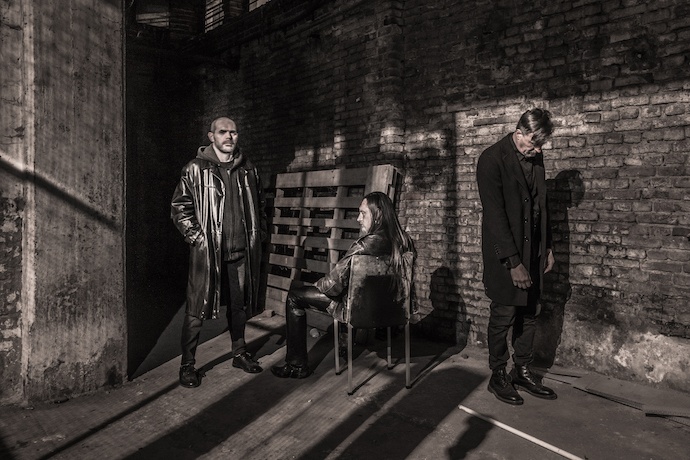 The track begins in a dense, unnerving collage of mind-scouring abrasion, crashing percussion, wailing guitar, and roaring and screaming voices. Incantational spoken-words and dismal moaning arpeggios emerge, along with deep booming and thrusting drum blows. The chilling otherworldliness of the experience is palpable; its screaming, vortex-like intensity is relentless; and the evil within it is poisonous.

About five minutes into this disturbing trip is the point at which the excerpt below begins. The drums and bass begin to punch and hammer, establishing a carnal connection to the listener’s instinctual reflexes. The voices continue to howl and bellow in the throes of possession, and the dense surrounding maelstrom-drone of cutting and cauterizing sound doesn’t abate, but the wailing guitar tones, perhaps because they’re now heard against the backdrop of those compulsive rhythms, begin to seem like expressions of narcotic ecstasy.

With a long burst of screeching feedback, the music changes again. The drumming grows more maniacal and unpredictable, and goes off like cannons. The surround-sound is more mangling, discordant, and destructive, like a phalanx of automobile compactors working to the point of overheating — and this is the point at which the excerpt fades out….

What happens afterward is that the drums disappear, a deep voice intones esoteric verses, the sounds heave and roil, and sirens scream in a mad assault on the listener’s ear-drums. Subterranean tones rumble the guts without locking into any definable rhythm, and serpents slither shrilly through the maelstrom in a way that seems… beckoning.

The drums return, pummeling and tumbling, booming and battering; drugged-out voices almost sing, but not quite; the miasma of sound is still like sandpaper rudely applied to sanity, but there’s a strange, glittering quality about it as well, like little gems uncovered by the persistent abrasion. In this sequence, the experience is probably the most psychedelic; it generates a strange, almost-swaying quality, and of course the return of a compulsive bass-and-drum rhythm makes the experience more carnally attractive

Near the end, the bass and drums hammer and pound as the music wails; the voices erupt in madness again; and a twisted and twining guitar solo screams to the heavens. Three more tracks still lie ahead….

Panspermia is Nibiru’s sixth studio album. Argonauta Records will release it on November 13th in a variety of formats — double-LP vinyl, CD, and digitally — and pre-orders can be placed now:

One Response to “AN NCS PREMIERE: NIBIRU — “ALKAEST” (AN EXCERPT)”