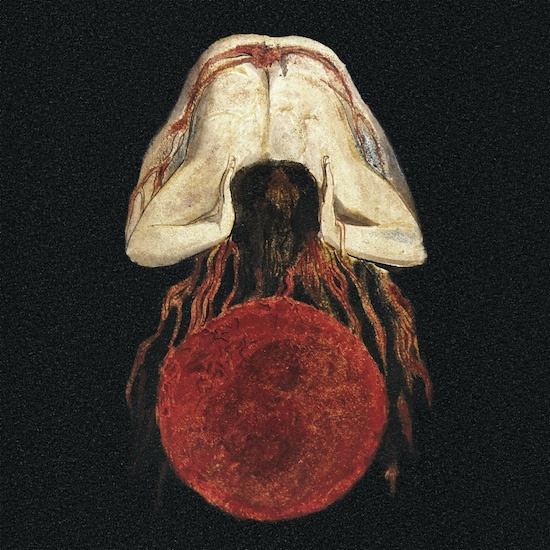 For those not in the know, the death metal band Pneuma Hagion is one of the many projects of the prolific Texas-based vocalist/multi-instrumentalist known here as R., whose other bands include Intestinal Disgorge, The Howling Void, Endless Disease, and Excantation. Under the guise of Pneuma Hagion he has released a handful of demos, splits, and an EP since 2015, and on December 1st will at last release a debut album through Nuclear War Now! Productions. Its name is Voidgazer.

The album’s title reflects not only some of the music’s themes but also its creator’s grim and gloomy perspectives on existence. As he explained in a recent in-depth interview (here), at its core the album is about alienation, and through various symbolic expressions it grapples with the idea that humans are beings of spirit imprisoned in fleshly vessels in an earthly domain that too often make human existence feel pointless. “The world of flesh and matter is ruled by a cruel, tyrannical Demiurge, and we feel this universe to be cruel and evil because we are, at our core, alien to this place. We are from a place that is not a place, and is everything that this place is not.”

This perspective, it turns out, is mirrored in R.‘s own personal turmoils. 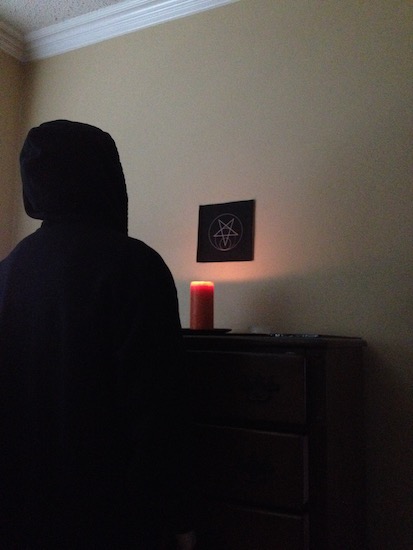 In that same interview, R. shared that he has been dealing with Obsessive-Compulsive Disorder for many years. He explained: “I often think of OCD as that force in my life, this thing that lives within my mind, which I recognize as being alien to me and hostile. I can’t fathom it, I can’t understand it, but I can feel its effects. I feel like a normal person imprisoned within a body and brain rendered dysfunctional by OCD. The disorder is the Demiurge, my body is the flawed universe crafted by the Demiurge, and I (the true I, the ‘real’ me) am trapped here.”

There are qualities in the music of Voidgazer that also mirror these perspectives. In bludgeoning doom-influenced passages, it plumbs depths of lightless oppression and hopelessness. But it would be a mistake to assume that the album is a dirge — far from it. It ventures into a blood-freezing void, but just as often, if not more so, it’s explosive and exhilarating, fierce and defiant. The song we’re premiering today makes that abundantly evident.

With no real warning, ‘Anticosmic Incantations” erupts in a barrage of hurtling bass notes, thunderous drumming, and fierce, gale-force riffing that writhes in a fever and hammers with a will, coupled with vehement roaring tirades. The effect of all the turbocharged mayhem is cyclonic, yet the relative clarity of the production allows each jet-speed drum progression to crack the skull, each uber-deep thrum of the bass to vibrate in the bones, each caustic scream to pierce the ear drums, each slithering and slashing chord to supercharge the bloodstream.

The drumming both here and throughout the album is a credit to the talents of R.‘s Excantation bandmate Shane Elwell, who turns in one tour de force performance after another on Voidgazer. He makes his presence vividly known on “The Black Light“, which is the first advance song released from Voidgazer. At first, compared to today’s premiere, it’s less riotous and more dreary and dismal in its mood. But the bass-work and the drumming catch fire, the former vigorously pulsating and the drums flaring into jaw-dropping wildness as the riffing throws of its own blazing incandescence. But after that conflagration, the song falls into a suffocating abyss, dropping into a slow stomp, with morbid chords reverberating and the bass heaving. When all hell breaks lose again, accompanied by methodical monstrous bellowing, it’s a breathtaking attack that bores itself into the brain like an industrial-strength drill-bit.

The Bandcamp player below will let you listen to both of these songs, and we’ve also left links where you can stay abreast of info about the release and how to get it. Like may be relentlessly bleak and may seem inevitably futile, but albums like Voidgazer make it worth hanging in there, regardless of what may lie ahead.