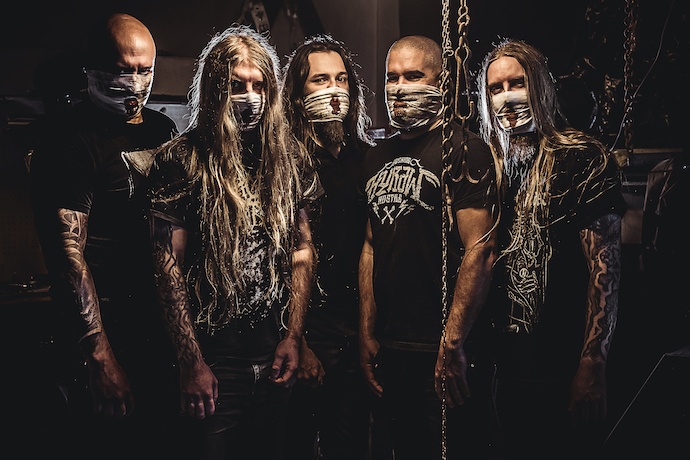 While slugging coffee this morning I got my daily text-message alert from the county health department reminding me that the safest way to celebrate Halloween is to stay inside my home. As if I needed that fucking reminder, on top of all the other miserable reminders that this Samhain will be like no other in our lifetimes.

I can’t even count the predictable absence of trick-or-treaters as a silver lining to this cloud, because they never came around our place even before the pandemic made that a potentially self-destructive choice. The screaming of the loris horde and the carefully-placed pools of guts might have had something to do with that.

So, most of us will have to celebrate the most metal day of the year stuck inside playing with our pets and trying to forget that global infections are now setting new records, that the U.S. set its own new record yesterday with more than 99,000 new cases (!), and that Sean Connery died. What a fucking year it’s been, and still two months of fresh hell to go before it ends.

But we can still listen to the devil’s music tonight, and here at NCS we need to do our part to enliven that experience and help you forget. So here’s an extravagantly-sized playlist of mostly brand new songs and videos that I assembled this morning.

If you haven’t had enough breeeeee in your diet, we’ll fix that right away. Also included in the food groups within this first dish are cyclotron-speed drumming, incendiary riffage, back-breaking grooves, splendid blaring chords, carnivorous roaring, and a generally rabid approach to life.

The song is “Stab the Weakest“, which is also the Trump Administration’s unofficial motto. Released by Season of Mist just in time for Halloween, it pays homage to cinematic slasher Michael Myers. 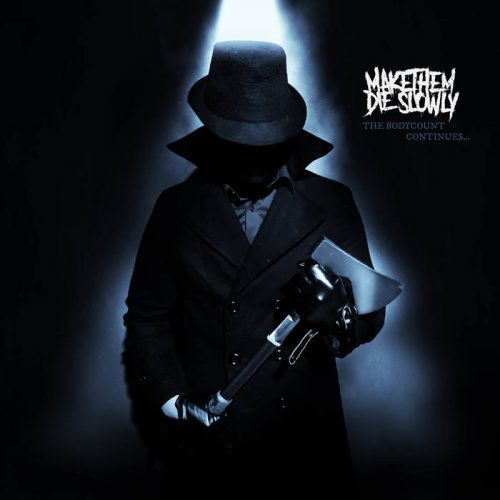 For the next entry I’ve just picked one track from The Bodycount Continues, an album released today by Make Them Die Slowly. It caught me by surprise, which is why I’m only writing about one song. It’s possible that one of us here will write more about the album when we’ve had a chance to digest it (or rather, to have it digest us). DGR has himself expressed interest because, as he wrote in our sordid NCS FB group, “I’m a moron who enjoys when Mick Kenney makes the guitar make chugging noises.”

This is indeed Mick Kenney’s side project, joined in it (allegedly) by other members of Anaal Nathrakh and Fukpig. I reviewed their debut album Ferox earlier this year. You should listen to that if you haven’t.

You should listen to “Hack-O-Lantern” too. There’s a beautifully jack-o-lantern-like intro to the song, and after that it beats you senseless with bombastic industrial-strength grooves and lights up the brain with tinkling keyboards, meteoric melodies, soaring choral voices, and growls and howls of utmost savagery. It dances and whirls, takes wing toward the heavens, and always returns to jackhammering your flimsy skeleton into slivers. Damned thing left me breathless…. 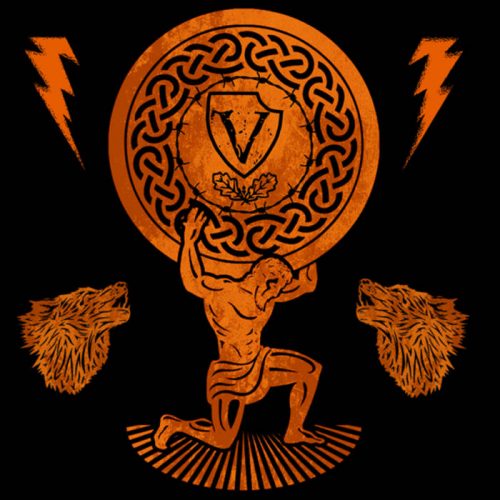 The raw, howling intensity of the vocals in this next song almost overshadows everything else — but not quite. The clobbering drums, the pile-driving viciousness of the riffs, and the flaring, fire-bright melodies, which seem to straddle a line between splendor and desperation, are all damned intense too. And there’s a bit of Samhain haunting at the end, though not enough to purge the adrenaline from your bloodstream that the song will set free.

I’ve been meaning for a long time to devote some writing to the new August 2020 album by VEGAS, …not ever, and I haven’t given up. But in the meantime, this new song (“Pure“) was just released today as a stand-alone single. 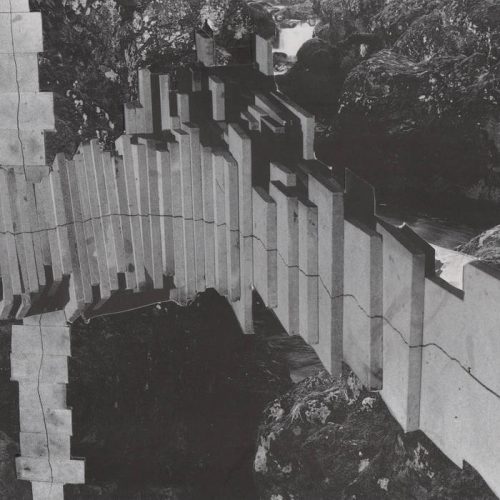 Staying in the high-intensity lane of the musical autobahn, this next track pitches together mind-boggling math-core mayhem and maniacally murderous, brutally crushing death/grind. It gives no warning as it veers from one twist in the highway to another, hurtling and screaming, bouncing off the guardrails and smashing through whatever else might be ahead of it. There are also bits of dismal, stringed melody in this crazed and caterwauling mix, which I assume is a dirge for the dead citizens who didn’t see Pupil Slicer coming up from behind them in time to get out of the way.

The song is a single named “L’Appel Du Vide“, and it features guest vocals by Carson Pace of The Callous Daoboys. It was released yesterday by Prosthetic Records with a crazy video. 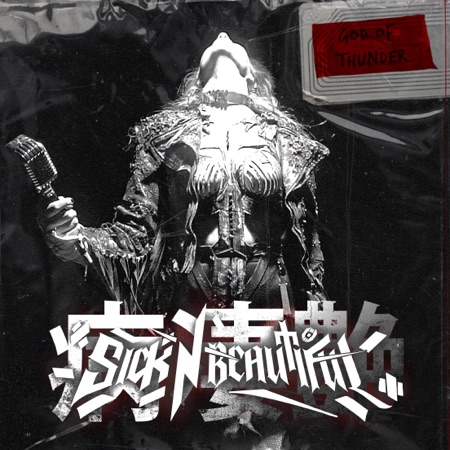 This Halloween there probably won’t be many costumes to be seen, but Sick N’ Beautiful didn’t forget to wear theirs, nor did they forget to plug in the fans on the set of this next video. I admit I’m a sucker for fishnet stockings, and this song.

This is Sick N’ Beautiful‘s cover of “God of Thunder” by KISS. It’s out now as a single. 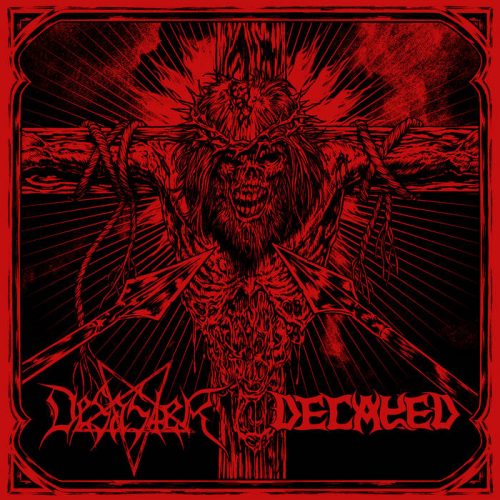 The next two songs are from a new split that was digitally released by Hellprod Records today (7″ vinyl is also available). It features one song each from two famous, long-running extremists.

Desaster’s track, “Await the Immolation“, is just pure evil, from the desolate, moaning guitar intro straight through the body of this grim yet barbaric assault, which writhes, rips, and pummels with abandon. The vocals are hellishly inflamed too. When the ravishing onslaught pulls back, that feeling of desolating misery returns, a fitting black plague of sound for our times.

Decayed’s offering, “Ritos De Iniciação“, stomps on the thrash pedal pretty fast, galloping and gashing, howling at the moon and harrowing the weak. Man, it sounds like the drummer set up his kit inside my cranium. Speaking of craniums, yours will likely bob up and down to the highly addictive drive of this hellish song. 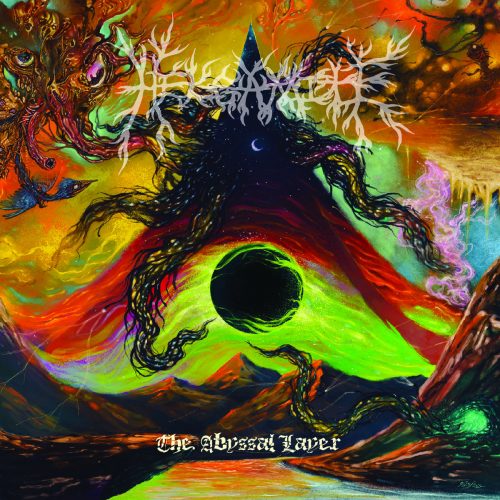 This next song is uglier than cancer. It’s so fucking heavy and monstrous that for a while I thought no one was playing guitar – and that they had a whole town playing gruesomely distorted bass. The vocals are extravagantly wide-ranging, but almost always deranged. The drumming is eye-popping. Eventually, a guitar arrives in unmistakable fashion — and it transforms the song, injecting a boiling dose of hallucinogens — so that you’ll be extra fucked-up when they resume leveling all the tall buildings in sight and smashing them into rubble.

The band call their music Dark Psychedelic Appalachian Doom, which sounds about right. The song, “In the Absence of Light“, is from Helgamite’s new album The Abyssal Layer, which will be released tonight. 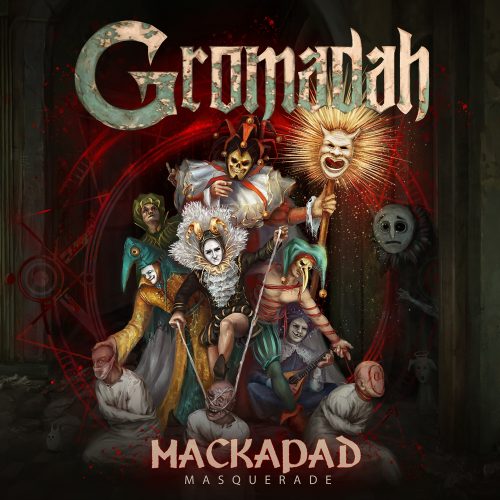 I love the macabre animated artwork in this next video. It seems perfect for Halloween. So does the music. It combines potent grooves and prog-minded deviltry, sorcerous melody and jittery, nerve-jangling fretwork, acrobatic drum progressions and bursts of symphonic grandiosity, gritty singing, belly-deep growls, and choral voices. It’s quite an elaborate and sinister carnival of sound, and the artwork suits it perfectly.

The song is “Маскарад” (Masquerade), the first single by the Ukrainian band Gromadah. It was released on October 23rd by Metal Scrap Records. 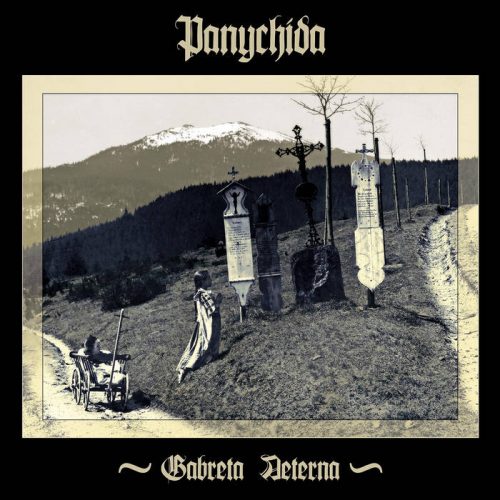 Now we’re moving back into the fast-lane with this next electrifying rocket-propelled track. Lots of fast-twitch muscle fibers get exercised in this song, and although the vocals are nastier than a goblin-wolf, the song’s blazing energy, brilliant drumming, and soaring melody lines are just fuckin’ glorious. The band pull together all sorts of heavy metal and hard rock styles in making this ecstatic piece, and do it beautifully.

(A thank-you to Miloš for pointing me to this song.) 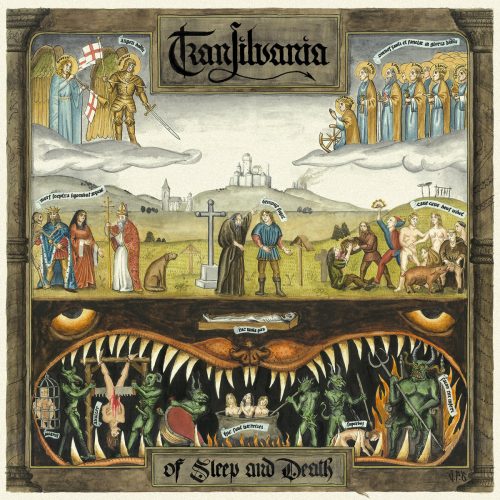 It sounds like someone stuck a microphone inside a hornet’s nest and then set the nest on fire, while firing off cannonades just next door. But in addition to delivering boiling chaos, the rapid boom of mortar fire, and bestial vocals, this next song whirls like a dervish in the throes of delight, and it’s the kind of mad, savage joy that’s highly communicable. Like some bat-winged raptor, the song also soars and becomes infernally majestic. What a fantastic spectacle this turned out to be!

The song is “Hekateion“, the first single from an album named Of Sleep and Death, coming on January 1st from Invictus Productions. 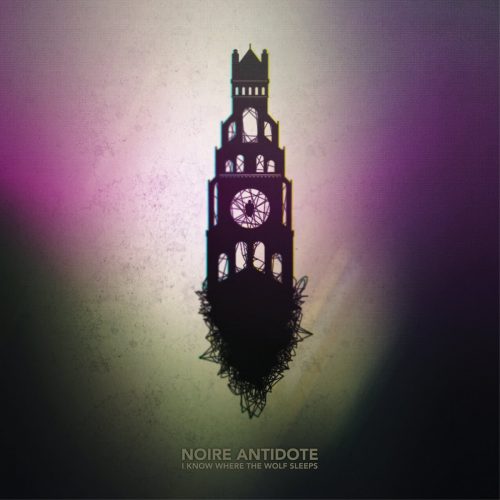 Well, at last I’ve reached the end, and decided to make a sharp turn with this final track. It combines elegant piano melody and witch house electronic music in a way that creates an atmosphere of horror and bewitching wonder which seemed just right as a finale to this Halloween playlist. It will loosen the fillings in your molars and put nightmare visions into your mind-eye, while also casting a seductive spell. Also, the song’s name is “The Comfort of Not Breathing“, which seems appropriate for the current age.

It’s from a 2016 album entitled I Know Where The Wolf Sleeps. I’ll mention that Noire Antidote released a second album (Negative Etiquette) two years after that one, and a third one is in the works and awaiting release.

And with that, I wish you all a happy and safe Halloween, and a much better one a year from now.

(Another thank-you to Miloš for linking me to this song.)