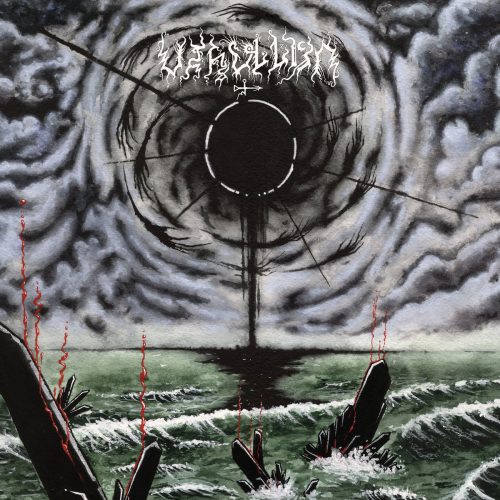 On Friday the 13th of November the Dutch label Wolves of Hades Records will release the debut album of the mysterious Chicago-based entity known as Uthullun, which follows a debut EP (Sunless) released last year. Entitled Dirges for the Void, the new full-length draws its inspirations from the overwhelming of our terrestrial realm in havoc and bewilderment, and the music itself is bewildering, seemingly chaotic, and unexpectedly bewitching.

Uthullun do not traffic in straight-forward or simplistic compositions, nor do they seek to provide calm or assurance. To the contrary, the elaborate and puzzling intricacy of the songs, and the persistence of dissonance and discord, create disturbing experiences. They repeatedly throw the listener off-balance, but for a number of reasons the journey isn’t repellant, but instead unexpectedly seductive. Uthullun continually boggle the mind, but put strange spells on it at the same time. Witness the song we’re premiering today — “Silence“. 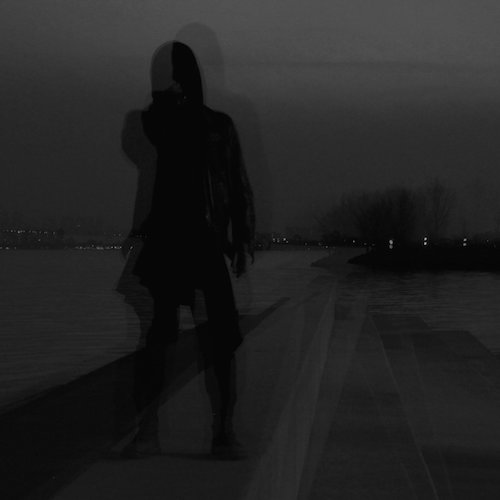 Uthullun tell us this: “‘Silence‘ is about loneliness and self-isolation. It’s about the alienation of withdrawing from others and the torment that self-induced solitude brings – a destructive, self-fulfilling cycle of seclusion and woe.”

You can sense these moods as you listen, but make no mistake, this is not a dirge or a wallowing in gloom. If there is loneliness and isolation in the song, it is the loneliness of an over-busy mind spinning into madness (or at least that’s how this writer hears it).

As forecast above, “Silence” turns out to be a complex musical kaleidoscope that’s both bewildering and bewitching. Although the sound of the music is organic and the mix balanced, it continually puts your nerves on edge, but is so fascinating in its permutations that the jangling of your nerves, and the shivering of your sanity, become part of what makes the song so attention-grabbing and memorable.

All of the performances are adventurous and technically impressive, as you’ll quickly discover. The song is introduced by buoyant drumming and a deep, drilling riff that flares into a kind of strange, joyful radiation of sound. The music grows more delirious, the bass throbbing in a fever, the guitars swirling like wind-driven fire, and the nearly-submerged vocals screaming with possessed intensity.

The song continues to morph through shrill, discordant arpeggios, burbling bass notes, and off-kilter drum rhythms, and then reaches a new zenith of chaos, the guitars and the vocals both screaming, the fretwork becoming even more fast and frenetic, the drums booming in giant walloping explosions. The fever in the music subsides, and the notes spark in discordant howling sensations that seem to channel fear and desperation.

The bass is such a lively presence throughout the song, often providing a feeling of warmth to hang onto as the song twists and turns along its tangled path, a path that leads to distorted wailing chords and insane screaming voices, which together fashion a hallucinatory yet strangely mesmerizing finale.

Wolves of Hades will release this macabre, tantalizing album on a limited-edition LP format as well as digitally, and proclaims it “an opus of sinister Black Metal emanated from the Void, a requiem to the dying soul of a rotten world.”

Uthullun was responsible for the recording and mixing of the album, and the mastering was done by Arthur Rizk, with artwork by Carlos Agraz.

Below you’ll find pre-order links as well as a Bandcamp player that will let you hear additional songs that have been released for listening so far.

One Response to “AN NCS PREMIERE: UTHULLUN — “SILENCE””