After framed out. Jeff the other guitarist is our riff machine. He posts them on a server for Clay and I to structure. From there we throw it back and forth . So they came in with this canvas under way. We did not want talking heads, and wanted them to of course write their own parts to it.

There was a darker more organic sound to this album. What contributed to that? The mix?

It was mixed on 83 trident console, which gave it that rock depth. Albums by Bowie and Guns n Roses were both recorded on one like it. Also we did the drums at Matt Talbott of Hum’s studio Earth Analog. So I did approach it a bit differently.

You brought in a choir of more than 50 metal vocalists. How did that come about and what was that experience like?

Lock down. The song is called “The Serpent’s Choir“. So we put the call out online to invite everyone and anybody who wants to sing to sing. It created that kind of gang vocal chorus you get from shows where the crowd sings. I mean everybody seems to be working on collaborative covers these days so it seemed to make sense.

Who sang the low backing vocals on the song “Prince Among Shadows”?

That was all Adam.

In what areas did you want to grow as a band when you began making this album?

First record was a nod to an era. We accomplished that. This one is more of who we are, and what we do. We wanted to show people what our voice is, and we did not have boundaries. There is the strange thing about audience response — you make music for people to hear, not in a vacuum, but in the process we were not super considering in that regard even if it was the goal. To keep on growing by nature, we are already into writing for the next album, I own a studio, so it makes sense to keep pressing for making heavy music with atmosphere. I love technical music, but I want people walking away humming.

I am sent massive amounts of music, and notice a trend in bands who want to have a sound, and getting it is the focus, but they are not that great at writing songs and I think you guys found a good balance of the two here. What are the lyrical themes this time around ?

Adam who wrote all the lyrics is for the most part cryptic with us. I am aware of the ideas buried in there somewhere, and can try to decipher. With the song “The Archer and The Noose” I imagine Robin Hood trying to hit the rope as they are being hung. All of us have watched someone self-destruct and want to help. The concept of “Ex Rosa Ceremonia” — the fascination of secret intellectual advances within the last 5 centuries. It is a little concerning that thinking and processing has been put into a box. With screen time today, only existing by reading devices, your world is what you are shown. The song “Locust Humanity” comes from something I wrote, about the idea that we are failed experiment. There are watcher overlords, seeing everything we have done spiral out of control. 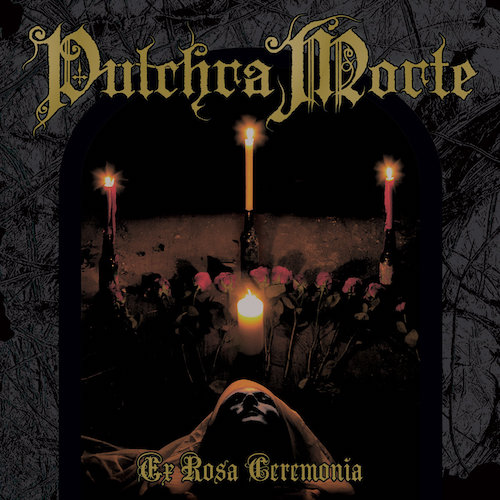 As a big fan of David Icke I can get down with that concept for sure. What artists have you found inspiring, not necessarily metal?

Personally, Bowie (the Ziggy era) as Mick Ronson is my favorite of all time, an incredible sense of melody. David Gilmour. The Dio years of Sabbath. Mastodon, I met them through touring and did not really pay attention to and then revisited Crack the Skye and The Hunter. Sisters of Mercy. It is a strange jukebox. Rozz Williams-era Christian Death — Rik Agnew is a great guitarist in how he uses octave chords. When it comes to guitarists there are a million guys playing and they have the chops, all the modes and scales, which is fantastic, but every one of the guitarists I named has a voice. For example, you know it’s David Gilmour when you hear him. They are musicians whose notes are saying the correct things, real important right ones.

Yeah, despite the fact it’s from the time Roger Waters had begun to take over and he and Dave had tension, my favorite playing from Gilmour is on Animals — it’s darker. So in a post-covid world with the uncertainties of touring, are you guys doing streaming shows or what is the strategy there?

I am on an airplane to St Louis going to Earth Analog to rehearse for 4 days. Video of us playing, via the web, shooting a concert live to tape, play, and put it out. There are noises about playing shows, but the problem is not all markets are safe. And then financing it becomes an issue if you are driving across country and skipping states. We have an offer to play a festival in September, and to come down and play shows in Florida, only if it’s safe. It is personally unclear if it is, what the real risks are, which sources are reliable, what we can do (if anything) to make people comfortable. I will hop on a stage any time, but safety is an issue.

Yeah, and then what is the landscape going to be like after this is over” What clubs are going to be left? I work with the Masquerade in Atlanta and they have rescheduled dates, but another 6 months of cancellations and they will be lucky to stay open.

Man, I hope they can. I love that club, at the old location and the new, every experience has been great. The Scion fest there was incredible. They used to book Eulogy back in the day. 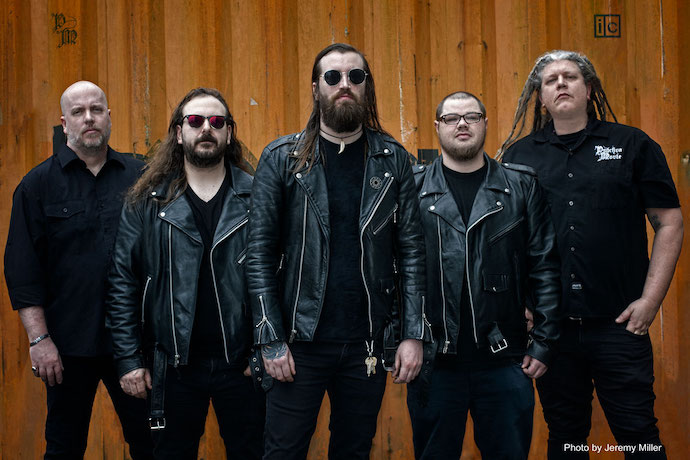 Are there any death metal or doom albums this year that have caught your ear? Any worth checking out?

My Dying Bride’s new one, that song “Your Broken Shores “ is great. I have been in the studio for 8 hours a day so have not had a lot of time. I have been working with this band Push Button, a goth band in the vein of Sisters of Mercy and The Cure, so when I get home I just want silence. Have not gotten to explore as much. My friend’s band Necrofier is good as far as new stuff goes. What do you think I should check out?

The new Paradise Lost and Umbra Vitae, this death metal band with Jacob from Converge. Considering how 2020 has gone, has the process of creating heavy music allowed you to lean into adversity ?

My personality in general helps. When I have, it’s always therapeutic, even listening to music. When life is shit, playing and creating it certainly is. I have never done heroin but junkies say everything after it does not compare, and that is how I feel about playing a good set. Life has rarely presented something as satisfying, and I’m addicted to playing. The world is uncertain, and creativity is necessary.