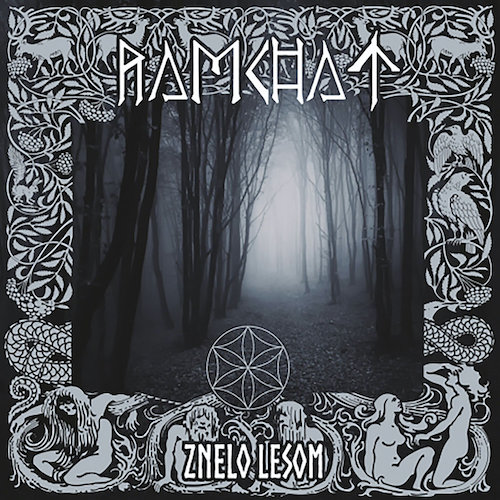 There is a risk that Znelo lesom, the new album by the Slovak pagan metal band Ramchat, will fly under the radar of lots of listeners, when it should instead come across it like a comet in flight. It certainly made that kind of astonishing impression on this writer, who didn’t know what to expect going into it, having failed to pay attention to any of the band’s previous releases. But now this album is one that won’t soon be forgotten.

The songcraft of Ramchat is, for want of better words, idiosyncratic and mercurial. At a high level, it could be described as a fascinating amalgam of folk-influenced blackened metal and devilish rock that’s capable of generating (among other things) orchestral levels of grandeur, barbaric levels of savagery, bewitching episodes of sinister sonic sorcery, and heart-breaking moments of melancholy. In each song (no two of which are quite alike) the band pack an ingenious array of sonic sensations and moods, and while the changes are often unexpected, there is still a natural flow and integration among them which makes the progressions cohesive rather than jarring.

It’s thus a real pleasure to help put Znelo lesom on your radar screen through our full album premiere today in advance of its imminent November 13 release by Slovak Metal Army. 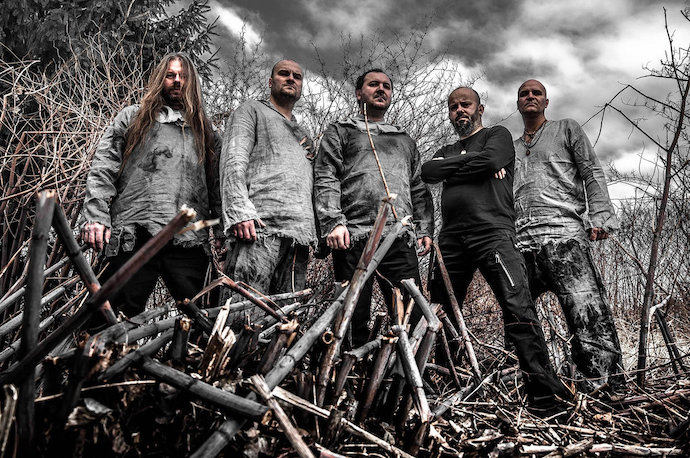 Ramchat open the album in thrilling fashion with “V čase popadaje”, a song that provides a great introduction to their dynamic, multi-faceted songwriting and instrumental talents. It launches with hammering drums, barbaric growls, searing riffage that channels both mayhem and majesty, and a surprising guitar lead that shimmers, whirls, and gets quickly stuck in the head. There’s a knife-edge of threat in the song as well, in addition to start-stop bursts of livid, blaring melody, gruesome guttural proclamations, and sober spoken words.

The band follow that with “Ľadová pláň”, an immediate attack of thunderous double-bass, smashing snare drums, and wild darting fretwork, together with bullet-spitting blasts and cruel drilling riffs. But the song also segues into moments of glistening guitar strumming, moody bass tones, and measured drum strikes, as well as unfurling fire-bright, sweeping melody and revealing a panoply of vocal expressions, from bestial snarls to whispered observations and impassioned cries.

Jabbing guitars, vivid bass lines, and compelling drum patterns make “Lož a žlč” a pulse-pounder, but there’s an air of brooding menace shrouding the song, giving it a feeling of mystery and melancholy to go along with the battering drum gallops and the trumpet-like blasts of extravagant melody.

As Ramchat follow their own winding path, the dance of an acoustic guitar leads us into “Matka ZEM” and surfaces again in intriguing fashion along with whistling keyboard tones, and that works very well with the parts of the song that burst into displays of grim seething and sinister mayhem. It might be the most devilish song on the album, especially when the music flares into manifestations of infernal-sounding grandeur.

Part of what makes the album such a thrilling romp is how well Ramchat shift gears from song to song, while still maintaining a stylistic continuum. And so “Cesta” seems like a joyous whirling dance (though the vocals are often as voracious as ever). The flickering leads sparkle and the back-beats will get your head moving, yet there’s still something about the music that’s menacing — and at times forlorn — as the band move through their manifold changes (again augmented by judiciously used ghost-tone keyboards). 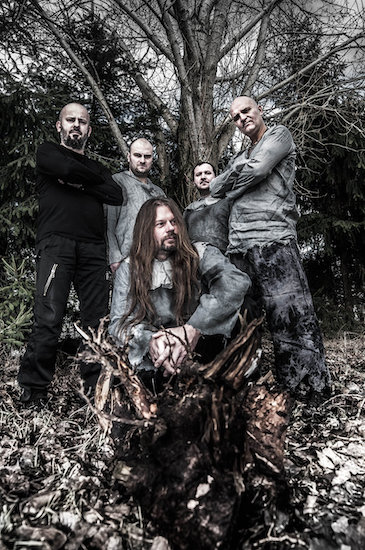 Those spectral whistling tones the band have used here and there in other songs play a significant role, along with crystalline guitar arpeggios, in the haunting start of “Neodpúšťam!”, which then becomes a slow, staggering representation of doom. Sadness flows from the soulful leads and bleak riffs, and even the tremendous growls seem oppressed and hopeless. When the guitars become frenzied and the drums erupt in tumult, the sadness boils over into desolating anguish, and a scintillating solo rockets the song into a glorious yet heart-stricken finale in which the vocals also seem to become inflamed with agony.

In turn, “Jastrab” carries the album back into a more boisterous phase, with rocking rhythms and plenty of guitar fireworks — shining, darting, and jetting skyward. There’s an extended segment in the song, with jittery fretwork galore, that amps the music’s feverish energy in advance of an extravagant conclusion.

Ever-devoted to keeping their listeners a bit off-balance, Ramchat follow that hell-raising spectacle with “Spanšteli sme”, which shifts the mood into considerably more sinister and perilous territory, bringing into play an atmosphere of looming gothic horrors. A slithering solo, bombastic chords, and rapid-fire fretwork elevate the music from portentous to frightening, and there’s a feeling of infernal eminence in it as well.

Ramchat save the longest song for the end, and “Bogyňa” proves to be a striking piece of sonic sorcery. It begins slowly, and gradually becomes more expansive, drawing in piano melodies and bewitching guitars, exploding in spasms of blast-beat fury, and creating almost-orchestral levels of spine-shivering grandeur as well as swaying visions of a hellish waltz. Choral voices ascend, the drums boom, the melody swirls like lace in the wind and wails like grave-side mourners. Deep melancholy falls over the music like a soft woolen blanket as the vocals chant and howl, and the flicker of the guitar sounds like frantic phantoms lost in the ether.

Slovak Metal Army will release Znelo lesom on CD (jewel-case and digipack), vinyl LP, tape, and digitally. Apparel is also available. Check out the options via these links: