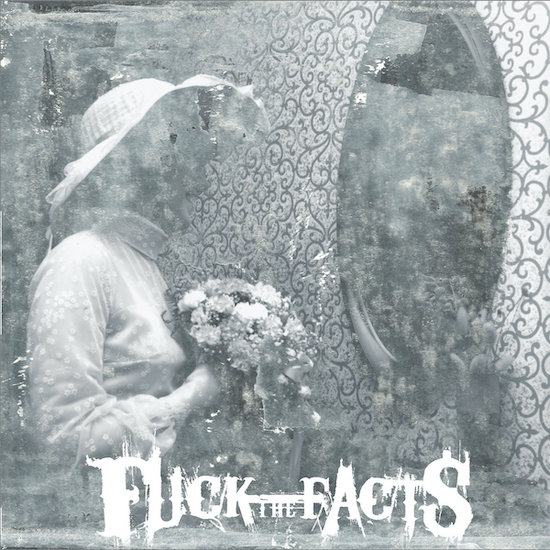 A well-educated metalhead friend once told me that the term “grindcore” wasn’t coined to capture the parts of grind songs where the bands chase you around like rabid barbarians, but for the slow sludgy parts where they catch you, pin you to the ground, and methodically beat you with hammers. He didn’t use those metaphorical terms — those are my own embellishments — but you probably know what I’m talking about.

I think at one point I probably researched the origins of the term, but I’ve forgotten what I found. Regardless, grind fans know this dichotomy between high-speed mayhem and down-shifted thuggery, and sometimes it’s tough to predict which aspect will generate the most violent mosh pit at a show (you remember mosh pits, don’t you, even if just barely?).

But in the case of the veteran Canadian band Fuck the Facts, it’s been evident for a long time that “dichotomous” egregiously under-represents their remarkably distinctive and multi-faceted approach to grind. In fact, there’s usually so much more going on in their music that some ingenious word-smith needs to come up with a different genre term for their music altogether. “Grind” really just doesn’t cut it. 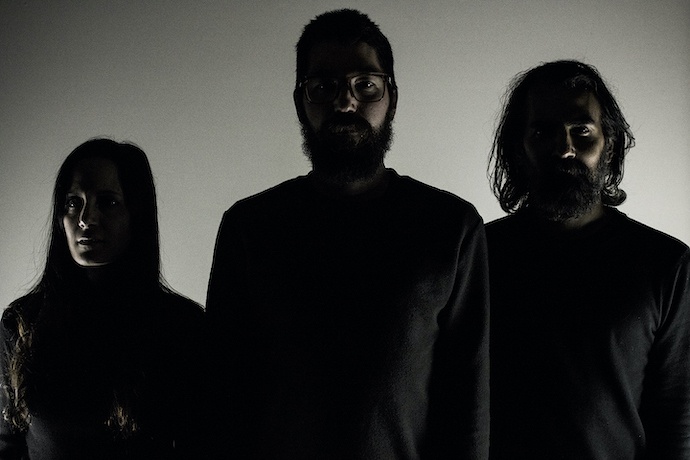 “Expect the Unexpected” has been a good signpost for this band’s releases for a long time, and that’s why every time they get ready to put out something new there’s so much eager anticipation among people who know something about their music. But the current anticipation is even more intense, because their new album Pleine Noirceur (due for release by Noise Salvation on November 20th) is their first full-length in five years — with no shorter releases in between. Having heard it, I can affirm that “Expect the Unexpected” still holds.

Going through the album from beginning to end is a hell of a trip, full of the kinds of twists and turns that are alien to most albums that get the “grindcore” label. Take, for example, the song we’re premiering today. The band have given us this comment about “An Ending“:

“A bit of a breather as we reach near the end of the album. This song deviates from the more grindcore and headbashing tunes on the record to show more of our melodic side. Not referenced as often, but the early days of bands like Paradise Lost, Katatonia, Enchantment & Cemetary definitely had a strong influence on my writing as well. There’s a dark and depressing feel to the song that really embodies the theme of the whole album.”

Those band references mentioned in the quote give you a good clue to the song. It combines mountain-crag riffing, hard-hitting drums, and a melody that flows like a river of tears. Coupled with the heart-felt and heart-breaking melody are the familiar tortured screams of Mel Mongeon, which give the song an even more visceral manifestation of pain. The song casts a lingering spell of sorrow, even as the volume slowly dwindles… and the sounds become more fractious just before they fade away completely.

A few other songs from the album are out in the world, and the title track is perhaps the strongest of those, and stands as powerful proof of the band’s distinctive songwriting. “Pleine Noirceur” is also threaded with emotional melody, streaked with brazen pain at first. But the song is also more assaulting than the one we’re premiering today, and not merely in the intensity of the vocals, but in the hammering drum attack, the raking chords, and the head-butting bass thrusts.

It’s an electrifying piece of work. The melody sweeps toward zeniths of glory, and in doing so achieves something like the delirium of joy — while at times also sounding like spasms of derangement. And this one takes a downfall too, with discordant chords slashing and glittering chords swirling above booming tribal rhythms. The song is so multi-faceted, and so relentlessly thrilling, that it may become an obstacle to hearing what comes next. I certainly had trouble pulling myself away from it. I’ve included the video for it down below.

In the past Fuck The Facts have built EPs around tracks from album recording sessions that didn’t make it onto the album. This time they decided to put the extra songs as bonus tracks on the different physical copies of the release, so the vinyl, CD and cassette versions will each have a different bonus track that’s not available on the digital release. You can explore all the options via the links below.