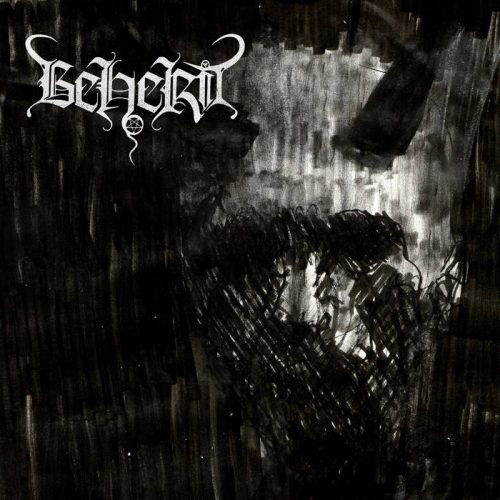 I’m not quite sure what got into me when I began focusing on what to cover in today’s edition of this column. Let’s just say that most of it is off the usual beaten paths. It’s also slightly more compact than what I usually manage, but that’s because I put a lot of time into another column today, which itself includes black metal. Check that one out here if you haven’t yet.

Two days ago Beherit made a surprise album release — at least it came as a surprise to me, the first new music in 8 years. Bardo Exist is a massive thing, a 37-minute first half consisting of 11 songs and a second half that’s the 23-minute title track. I probably shouldn’t be writing anything about it because I’ve only listened to it once, but I know myself: If I don’t jump on something quickly, I get carried away to other things by the flood-tide of new releases. So here are some immediate reactions:

First, let me say that I’m not aware of the line-up that produced this album. Second, I’ve made no attempt to try to position it within the context of this band’s hugely influential, occasionally ground-breaking, and twisting-and-turning discography. I don’t think I’m capable of doing that anyway, other than to tell you this is another non-metal excursion.

Third, let me say that I’m mesmerized by Bardo Exist. The album’s first half is a mystifying amalgam, a combination of mist-like shrouds of ghostly and celestial ambient sound, a variety of dancing keyboard motifs (which sometimes sound like New Age as well as New Wave), occasional heart-beat rhythmic pulses (as well as evidence of arrhythmia), glitchy electronic spasms, droning under-tones, mounting tides of teeth-on-edge abrasion, mesmerizing piano arpeggios, and grand yet unnerving symphonic swells. Occasionally, there are voices that sound like the kind of demonic recordings which populated The Exorcist, or like gargoyles chanting.

The first half flows, and is best experienced straight through. Meditative moments are to be found within that flow, as well as ingredients that will get your heart thumping, but nothing is calming. Everything is scary, even when it’s seductive. The music seems to bridge primeval moods and futuristic visions, and, as the title suggests, almost none of it sounds earthly. The Font of All Human Knowledge explains:

“Used loosely, “bardo” is the state of existence intermediate between two lives on earth. According to Tibetan tradition, after death and before one’s next birth, when one’s consciousness is not connected with a physical body, one experiences a variety of phenomena. These usually follow a particular sequence of degeneration from, just after death, the clearest experiences of reality of which one is spiritually capable, and then proceeding to terrifying hallucinations that arise from the impulses of one’s previous unskillful actions.”

The same source explains: “Metaphorically, bardo can describe times when our usual way of life becomes suspended, as, for example, during a period of illness….” Doesn’t that sound familiar? And the music here does feel like a suspension, of the mind within a realm that’s both alien and familiar, with hints of the real within the cold un-real.

As for the long title track — I haven’t heard it. It’s not on the Bandcamp digital version of the album, though it appears as a bonus on physical versions of the record available through the KVLT label. 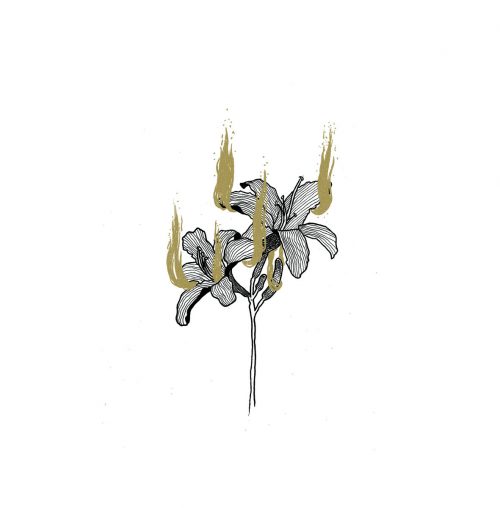 If you made your way through Bardo Exist, you may now need defibrillation paddles applied to your chest, and so here I’ve inserted two tracks from Fin De Règne, a forthcoming album by the always-welcome French band Hyrgal, which will be released on December 4th by Les Acteurs de L’Ombre Production.

“Malthusian” is savage delirium, as vicious as a pack of rabid wolves and as exultant as an asylum freed of restraints, with the inmates burning down their prison. The vocals are as wild and as vicious as the music, and the music is definitely wild and exhilarating, the riffing dense and deranged, searing and sparkling. There’s a strong pulse within the music, and I don’t mean just the drive of the drum-pistons, and those throbs give it hooks. There’s a brief pause for air, which you’ll probably need, and then the song becomes a glorious whirlwind of fire again.

The second song, “Ennemi(e)s“, is just as unchained and unhinged in many ways as “Malthusian”, an experience in unbridled catharsis. But as I hear it, the mood is more desperate and bleak, even though in some ways the song is more blaring and explosive, as well as more insectile in its fretwork. Like the first song, it includes an interlude, this time composed of chime-like ringing, martial drum tattoos, and a deep bass hum, and it really does seem like a consciously afforded chance to give listeners a few breaths before the song again becomes a nova — this time with an extravagant guitar solo providing the blinding light.

It occurred to me that this post was really all over the map already, and so I decided to keep it that way by closing with Месу Розпочато by the Ukrainian band Funeral Candies, which was released on October 5th by Sound Fortress.

The tags on the Bandcampo page for the album include “black metal”, “black n roll”, “deathsurf”, “necrogarage”, and “occult punk” — and those turn out to be really good guides to the music. There’s a definite surf rock sound in the songs, and a witchy aura contributed by the throw-back organ keyboards. The drum beats and the humming lo-fi riffs will get your head moving, and the songs are hooky-as-hell. Speaking of hell, the vocals sound like the tirades of an abusive devil prince (intermingled with occasional imperious pronouncements).

It’s a hell of a high-spirited, haunted-house romp, and evil enough that it would have been great for Halloween. It’s pretty great even now. If someone put a gun to my head and forced me to pick the catchiest song I’d probably pick the closer “Варка“, but they’re all really catchy.

(Thank you to Miloš for directing me to this craziness.)