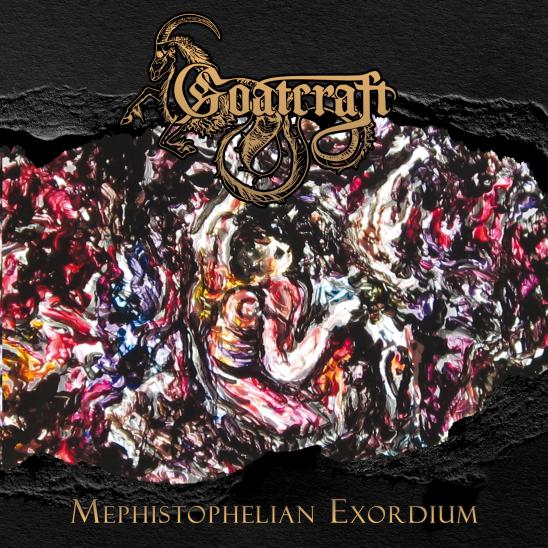 Almost two weeks ago we premiered a track from Mephistophelian Exordium, the forthcoming double-album by the “necroclassical” project Goatcraft which will be released by Hessian Firm on November 20th, and today we present a second one.

For those who may have missed the first premiere, which included a lot of background information about Goatcraft and this new release, Mephistophelian Exordium unearths demo recordings that Goatcraft‘s alter ego, the pianist and adventurous keyboardist Lonegoat, made near the beginning of his journey as a solo artist roughly ten years ago. Originally distributed to friends and acquaintances on CDR, those tracks are finally getting an official release on this album. The album also includes a 2015 radio performance that was broadcast live on-air by KSYM in San Antonio, Texas, as well as the song “Mephistophelian Exordium,” which was written and recorded in 2015 while Lonegoat worked on Goatcraft’s third album, Yersinia Pestis.

The track we’re premiering today, which appears on the album as “20 Untitled“, comes from that early demo compilation. It’s a long piece that was all improvisation, and the effect of listening to it as it mounts in intensity is both spellbinding and frightening. 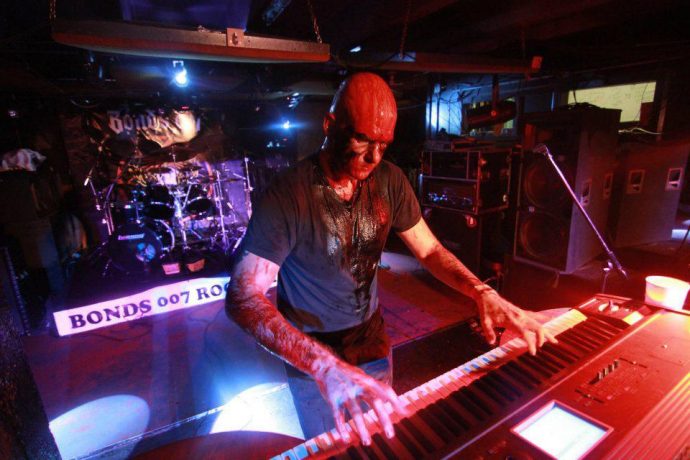 At the outset, the bright reverberation of the piano keys creates a sound that’s languid and glistening, mysterious and mystical. Those sounds become more animated, seeming to dart and dance, but there’s an edge of darkness around them, a shadow of menace, and gradually the music grows more feverish and fearful, though no less mystical. Eventually, somber bass keys join the tinkling treble motifs, enhancing the aura of grim menace that shrouds those sprite-like whirls — which in time become increasingly tormented. Eerie wailing sounds and organ chords join the mesmerizing but disturbing frenzy, and then all the audio sensations mount on top of each other in spine-tingling fashion, creating a phantasmagorical tornado of intensity.

The building atmosphere of horror within the music persists even when the torrent diminishes and those mystifying arpeggios again cast the entrancing spell of their frightening refrains against a rising backdrop of shimmering organ radiations. The minutes have passed without really noticing the tick of the clock, and then you may wonder where you have been taken when silence finally falls.

To repeat, Mephistophelian Exordium will be released by Hessian Firm on November 20th, and it features cover art by film organizer and concept artist Paul Gerrard. Pre-order info can be found below, along with a repeat stream of our previous premiere and of course today’s new one.