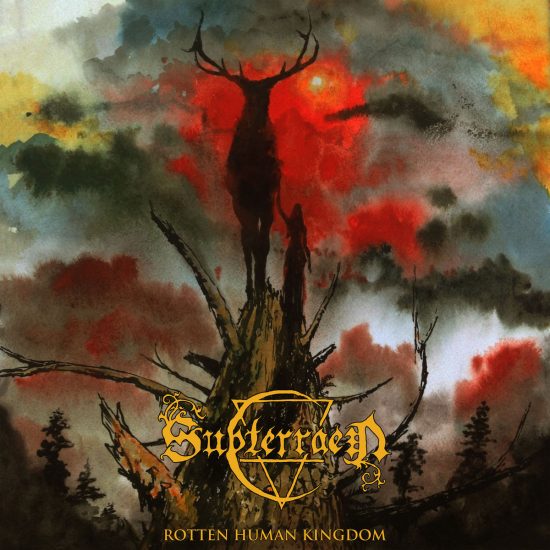 To paraphrase a favorite columnist’s words from a piece published today, the autumn’s coronavirus surge was as foreseeable as fall’s fading light, and we are looking at a deadly December nearly everywhere. It becomes easier and easier to think of Nature as sentient, and as having found a new way to revolt against the greedy plundering of humankind and to extract a costly penance for what we have done to it, and to ourselves.

And it is thus a synchronicity of timing that in the midst of this particularly awful fall, in a year already ravaged by disease and ever-increasing weather extremes, Transcending Obscurity Records will be releasing Rotten Human Kingdom by the French band Subterraen, because the album stands as a powerful, unvarnished condemnation of that planetary destruction, and as a harrowing vision of the vengeance that has come and will continue to come in ever-more inventive and terrible ways.

This album, which are are premiering now just days before its release, consists of only four tracks, but each in its own way is monumental, not just in the track-lengths of three of the four, but also in the magnitude of the songs’ emotional impact and the varied ways in which the band have created them. 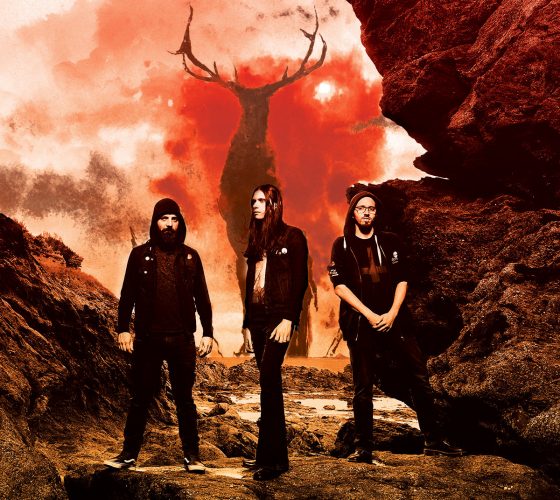 Stylistically, Subterraen’s music is an amalgam, though it might be more accurately evocative to call it alchemy. Among those ingredients, which the band have blended with such remarkably potent results, the principal ones are doom (in more than one variant), and sludge. And into their cauldron of distorted crushing chords, misery-steeped leads, bone-smashing percussion, and throat-lacerating shrieks and howls, the band have added boiling tremolo’d assaults, wraithlike ambient sounds, searing feedback, and doses of hallucinogens.

The combined impact of these ingredients varies depending on where you find yourself within the album and within particular songs. Just within the opener “Blood for the Blood Gods” you’ll encounter ponderous earth-quaking stomps, onslaights of bracing savagery, melodies of blaring eminence and haunting eeriness, and vocals of utmost incinerating intensity. The juxtaposition of pulverizing, implacable destructiveness and otherworldly gloom is transfixing, but so is the inconsolable feeling of raw anguish that radiates from the song just as powerfully as the teeth-on-edge vibrations of those distorted chords.

“For A Fistful of Silver” is harrowing in a somewhat different way, still shot through with veins of desolation and despair, but more enraged and rampaging. Clues may be taken from the song’s name, but the seething guitars, the skull-cracking beats, the dissonant string-torture, and the mania that mounts like stoked fires themselves seem to channel disgust and fury at humanity’s heedless and greed-fueled depredations of the earth. The song’s groaning and grief-stricken passages (which become dirge-like for a time and feverish at others) have a kind of grandeur about them, as if encapsulating the sorrow produced by the poisoning of innocence and vast glory — and the song also simply crushes.

Without detracting from the album’s overarching themes, Subterraen make a musical course change in “Oceans are Rising“, melding slowly ringing guitars and glistening ambience in a way that’s mysterious and entrancing, and maybe indeed oceanic.

It’s a brief interlude, however, and then you’re right into the stunning closer “Wrath of a Downtrodden Planet“. It’s so massively heavy that you might imagine the floor beneath your feet vibrating, and so sodden with suffering that you might feel your heart slowly liquefying and leaking from your pores. Its progression is slow and tear-stained, but as the title foretells, the music rises up like the downtrodden planet, like an unforgiving titan finally awakened and determined to punish its transgressors. The music seems to scream in agony, and it definitely does become brutally punishing, and very ugly. Yet as it briefly softens just before the apocalyptic, firestorming upheavals of the finale, the music sounds wistful, full of regret, like the ruminations of a plagued conscience.

As usual, Transcending Obscurity is releasing the album (on November 20th) in a variety of formats, and you can have a look at all of them via the pre-order links below. The striking cover art was created by one of our favorites, Adam Burke. T.O. recommends the record for fans of Eremit, Jupiterian, Lurk, Eyehategod, Neurosis, 71TonMan, Conan, and Primitive Man.

2 Responses to “AN NCS ALBUM PREMIERE (AND A REVIEW): SUBTERRAEN — “ROTTEN HUMAN KINGDOM””