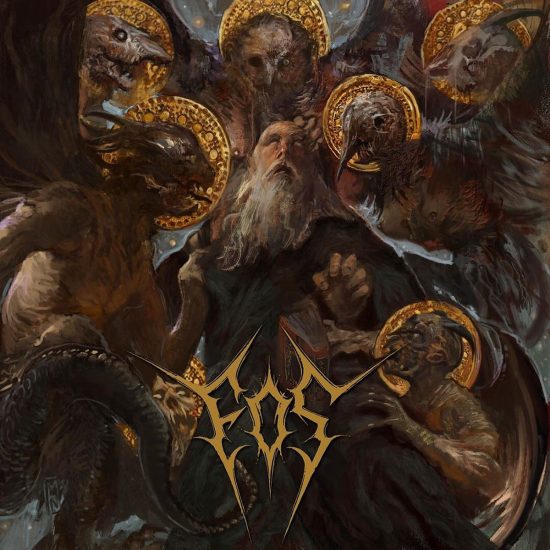 On December 18th Brilliant Emperor Records will present the debut album from the Australian black metal band EOS, whose three members first began laying the foundations for it over a decade ago. Entitled The Great Ascension, it reflects four years of intense work completed in 2018. Lyrically, the seven songs are described as painting “nightmarish visions of man. The solemn journey through spiritual ecstasy, blood lust and pride. A stone to the face of the gods”.

What we have for you today, presented through an official video, is the premiere stream of a shattering song called “Draugur“. The band tell us this about the track’s narrative: “‘Draugar‘ tells the story of the again-walker. A revenant possessed by revenge without Mercy after he is Burnt alive. A distant voice heard only in the nightmares of man. Pestilence and famine are brought to his enemies. He swells the tongues of children. There is no end to his torment until all feel his isolation and pain”.

Unsettling words to be sure, but as you’ll discover, the music itself is even more unnerving, and yet spellbinding as well. 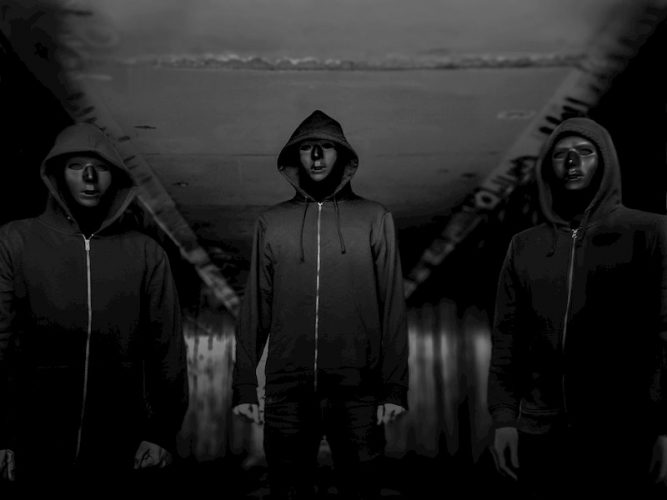 The vibrant drum beat and humming bass pulse in the song’s opening provoke a nodding response, but the slow, distorted chords and spectral, wailing vocals create an ominous, oppressive, and disturbing mood, a mood enhanced by the dark, heaving ocean waves in the video. When the drums leap forward in more livid fashion and the riffing grows more turbulent, the song still radiates menace, and the roaring and howling vocals are even more chilling.

As the song continues to expand, so does its frightening intensity. The imagery in the video vibrates in frenetic fashion and so does the riffing as it soars. Yet the dynamism of the song is such that it again swings into a rocking cadence, this time accompanied by gloomy singing that really doesn’t diminish the disturbing qualities in the music’s uneasy spell. The sweep of the song reaches near-panoramic heights of yearning and despair, and it becomes electrifying in its tragic splendor, but the vocalist’s extravagant cries are utterly wrenching, underscoring the splintering pain that the song channels in such powerful and moving ways.

We’re also including a stream of the previously released song “Valkyrie“, which had its premiere at CVLT Nation. It’s just as riveting in its own way as “Draugur” is, but reveals still more dimensions of the band’s sound, including singing that’s solemn and deep, as well as fracturing. The song has a potent rhythmic pulse, as well as hurtling momentum, and there’s seductive sorcery in the melody as well as sounds of severe, feverish anguish. The music is relentlessly gripping, immense in its low-end strength, and irresistibly magnetic. The song again proves just how emotionally intense the music of EOS is. They succeed in carrying the listener away, despite the extreme levels of torment that seem to animate these tracks.

The Great Ascension features stunning artwork by the great Mitchell Nolte. It was recorded at Adversary Studios and was mastered by the masterful Brad Boatright. It’s available for pre-order now from Brilliant Emperor Records.