And, let’s face it, with a career spanning almost 30(!) years, and twelve albums, if any band deserves a fair and honest assessment of their work, it’s Dark Tranquillity. 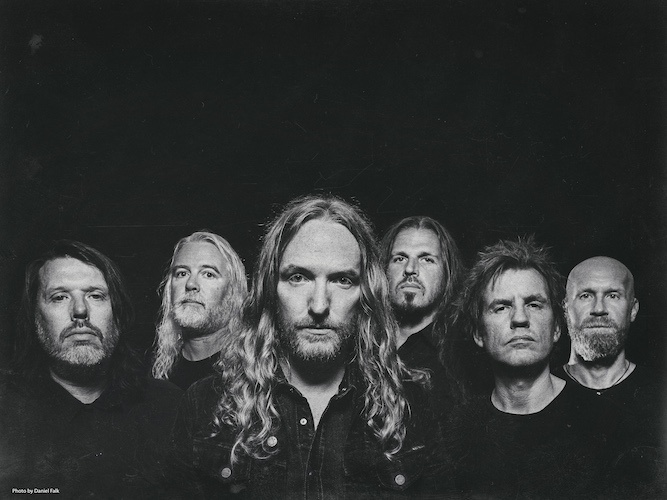 I have to admit though, after two largely forgettable and mediocre releases in the form of Construct and Atoma, my expectations for Moment weren’t particularly high, especially considering that recent years have seen the departure of both of the band’s long-time guitarists, Martin Henriksson (who left in 2016) and Niklas Sundin (who announced his exit earlier this year).

And yet… for whatever reason (perhaps due to the injection of new blood, with Johan Reinholdz and Chris Amott taking over guitar duties, or maybe just because the band are all on the same general page this time around), Moment just keeps growing on me a little more with every listen, and while it’s far from their best work ever, the version of Dark Tranquillity we hear across these twelve tracks sounds more creatively inspired and emotionally engaged than they have in years.

That being said, I’d imagine your enjoyment as a listener is going to depend largely on how you feel about Haven and (to a lesser extent) Character, as the majority of the band’s twelfth album marries the moody, synthetic sheen of the former with a dose of the taut, tightly-wound riffage of the latter, in a way that – while not wholly original in either concept or execution – works hard to bring out the best of both worlds.

It’s probably worth acknowledging that DT themselves haven’t shied away from making those Haven comparisons either, and while that doesn’t mean that Moment sounds exactly like the band’s ever-divisive fifth album, it definitely shares a similar overall vibe, with some of the riffs and leads even delving further back into, dare I say it, “classic” Melodeath territory.

Take opener “Phantom Days”. There’s an energy and intensity to the guitar work at certain points that we haven’t heard from the band (at least, not to this level) since the early 2000s, while the prominent keys and striking lead guitar work echo the group’s pre-millennial output more than… well, pretty much anything they’ve done since… while “Identical to None” delves even further back in time with some nimble string-skipping riffs and lithe tremolo runs which cleverly tip their hat to the band’s long and storied history.

Similarly, songs like “The Dark Unbroken” and “Standstill” double down on the Projector/Haven era comparisons with their signature synth/keyboard/piano parts and clean/harsh vocal interplay (with both tracks also, to their credit, putting some additional emphasis on the evocative, old school lead guitar work of Reinholdz and Amott), while several of the riffier cuts (including late-album highlight “Failstate”) up the ante and the intensity with a chunkier, more aggressive sound which suggests that the Swedish sextet still have a fair bit of bite left in their bark after all.

Ultimately that’s what sets this record apart from its predecessors… the songs are just that much better, that much sharper, catchier, and more vibrant, from the intricately interwoven synths and riffs driving “Phantom Days” and “Ego Deception”, to the instant-classic chorus refrains of “Standstill” and “Failstate”, to the dreamy, Depeche Mode-inspired ambience of closer “In Truth Divided”, all of which are guaranteed to stick around in your brain long after the album has stopped spinning (something which could rarely be said for the last two records).

Sure, there’s still room for improvement (at 12 tracks in total there’s definitely one or two which could be cut to tighten up the running order and raise the overall average), but, when all is said and done, it’s a simple and sincere pleasure to hear the band actually sounding like they’re enjoying expressing themselves again, rather than simply going through the motions.

So let’s all take a… moment… to appreciate the simple fact Dark Tranquillity’s twelfth album is, undoubtedly, a much needed step up, and a step back in the right direction, from a much-loved band who have (arguably) spent most of the last decade firmly stuck in a rut of their own making.