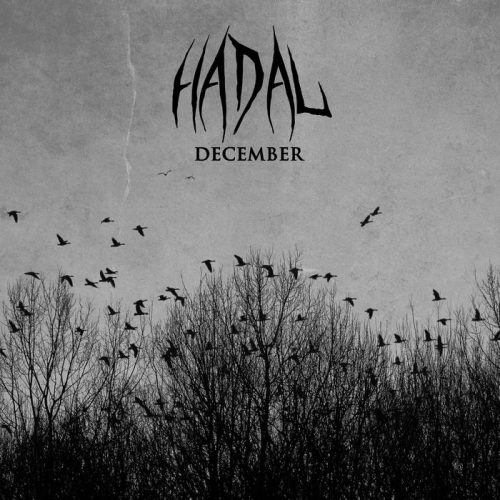 Born in late 2009 from the ashes of So Cold, the Italian doom-metal group Hadal (from Trieste) have created a compendium of their ten-year history in the form of a new album named December, whose title not only signals the month of its release but also musically summons the wintry bleakness and crestfallen moods that come with the season.

Arriving three years after their debut album Painful Shadow, December draws upon the traditions of such bands as early Paradise Lost and Anathema, as well as My Dying Bride, while also bringing into play doses of black metal viciousness to accompany the crushing riffs, doleful melodies, and despairing atmospheres.

Today we’re premiering a song called “Without A Word“, which is the third track to be publicly revealed from December. Collectively they provide vivid evidence of just how multi-faceted Hadal’s new album really is. 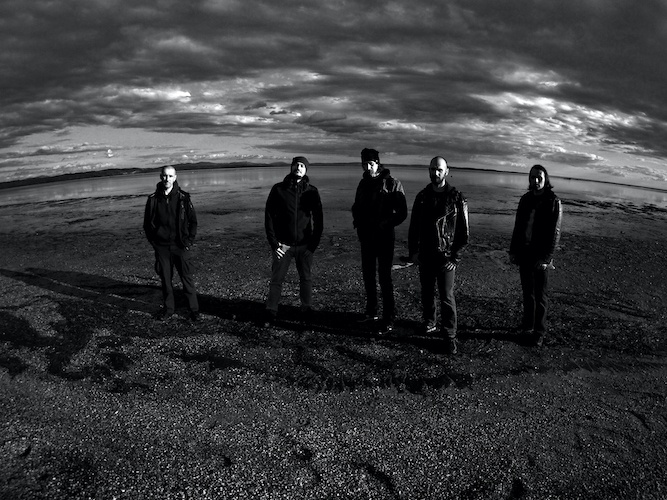 Hadal may be a doom metal band, but they’re not averse to giving their listeners a vigorous beating, and so “Without A Word” begins with a start-stop dose of pounding percussion and heavy, hammering chords. However, this administration of punishment suddenly surrenders to a soft, moody melody and reflective singing. When the grim pounding returns, harrowing roars join in. This juxtaposition of gloomy, brutalizing oppression and soulful sorrow continues, anchored by skull-cracking and gut-slugging beats — and the sorrow deepens through streams of poignant, moaning melody and high-flying singing, which also beautifully lifts the music’s intensity like a chalice of tears raised in supplication toward the heavens.

The two other previously released tracks are the title song and “Stormcrow”. Of these two, “December” is at first slower than the song we’re premiering, even more severely grief-stricken, and brings to mind sweet memories of Katatonia — but it also dives into fracturing depths of calamitous agony. And it also erupts in blasting beats and feverish tremolo’d chords, reaching devastating levels of emotional power.

On the other hand, “Stormcrow” is by comparison immediately jolting and ferocious, with jittery and darting fretwork and spine-tingling growls fueling the song with a fiery vibrancy to go along with the wintry feeling of the melancholy melodies and a tempestuous stomping momentum at the end.

The gloom of the season is swiftly achieving its usual dominance, in a year that has already been miserable in history-making ways. It is a fitting time to become immersed in an album such as December, which unmistakably channels these cold shadows and painful miseries but does so in gripping, cathartic fashion rather than wallowing in lifelessness.

December will be released on December 5th by Planet K Records, and it’s available for pre-order now. Hadal wish to give credit to Francesco “Bardy” Bardaro at Track Terminal Studio, “who has proven to be a real sonic institution in the northeast Italian landscape”.