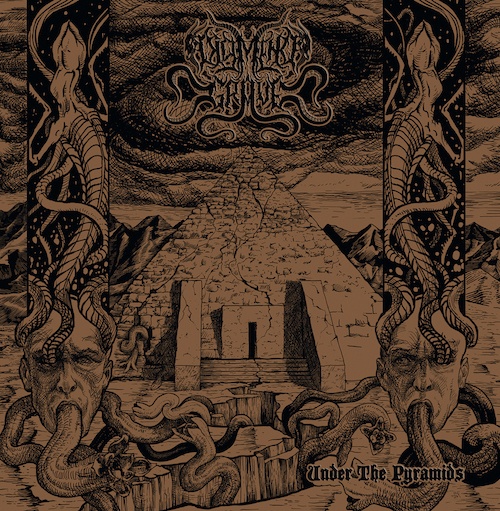 On December 15th of this waning year the Mexican label Iron Blood & Death Corp. will release the third album of the Russian “ancient death metal band” Dig Me No Grave. Entitled Under The Pyramids, it’s a 10-track onslaught whose song lengths are mainly in the three-to-four-minute range, and represents the work of the band’s new line-up of vocalist Alexey Rumyantsev, guitarist Nikita Smirnov, guitarist/bassist Ivan Mishin, and drummer Anatoly Schenikov (with appearances on some tracks by bassist Vlad Kotov and drummer Roman Galinov).

Today we present the new album’s fourth track, “Mortuus Templaris“, and if your ass happens to be dragging today, it will fix that problem quickly by providing a swift jolt of high-octane fuel for your nervous system. 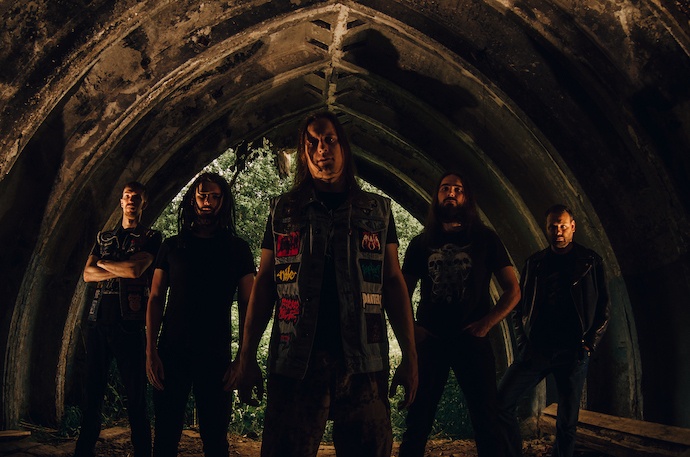 The band’s new album isn’t all the same thing, but this particular song may kindle memories of Cannibal Corpse. It’s death metal you would use to wake the dead.

Viciously swarming and hammering riffage and skull-busting drum fills provide a quick introduction, and then the music surges into a rapidly shifting and even more deranged attack. The drumming changes patterns repeatedly, and the fleet-fingered fretwork becomes a super-heated ecstasy of darting, scything, and screaming mayhem as the vocalist barks in rabid, bestial growls.

The tempos also change continuously, making room for a quick shrieking solo, and for the infliction of spine-shaking, pile-driving hammer blows. But as utterly ferocious and wildly ebullient as the music is, it’s executed with scalpel-sharp precision, and it turns out to be quickly addictive too.

Under The Pyramids features cover art by Rotten Fantom. It will be released by Iron Blood & Death Corp. in a jewel-case CD edition. For further news about the release check these links: