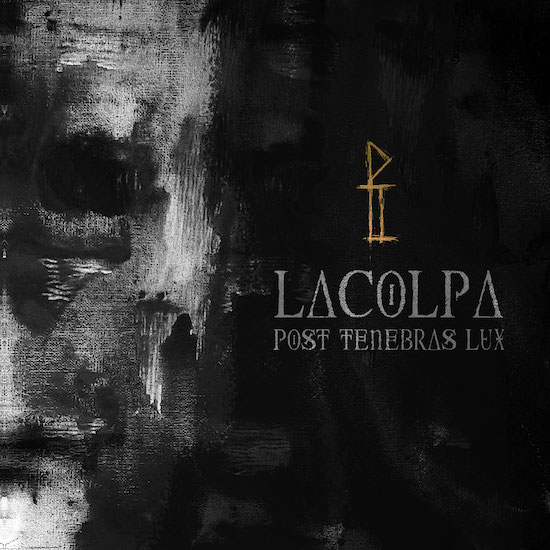 On the day of the Winter Solstice, the 21st of December, Brucia Records will release the second full-length by the Italian band LaColpa. Given the critical acclaim heaped upon the band’s first album, 2017’s Mea Maxima Culpa, both intrigue and anticipation have circled around this new one, the title of which is Post Tenebras Lux.

The album’s title translates to “after darkness, light”, but it is often difficult to imagine that any light will survive the nightmarish experiences that the band have crafted through their amalgam of blackened doom, drone, and improvisational harsh noise. Thematically, as the band’s label explains, “this new album outlines LaColpa’s philosophy of pain, deeply rooted in the human condition of eternal suffering”. In what we judge to be the band’s own words, the inspiration for the music is a harrowing philosophy: 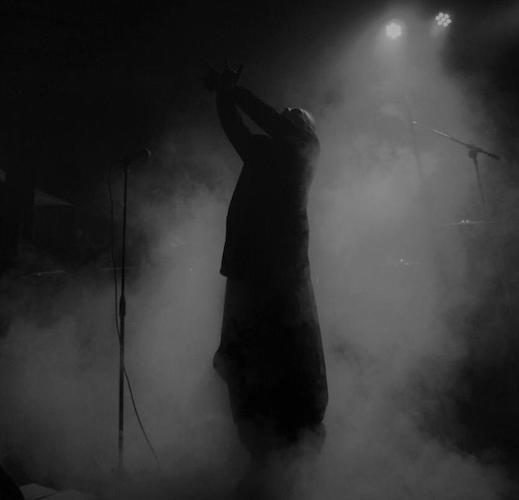 “Agony is the only hope for transcendence, and yet here faith is worth nothing, because crosses are invisible and only pain is real. Accepting defeat, embracing pain, becoming a martyr won’t lead to any illumination – but to the realisation that our existence is only an error, a mistake, a sin performed by God himself in the act of projecting an image of his real self upon us.”

Perhaps needless to say, after those words, the music is challenging and uncomfortable, but intensely gripping and hard to get out of your head — even if you might want to escape its after-effects. The album consists of five tracks, beginning with the shortest one and ending with the longest one, the monumental “Relics“, which is the song we’re presenting now.

Over its 18 minutes “Relics” traverses a range of sensations and moods in what truly becomes a harrowing and haunting journey. In its opening minutes, muffled droning tones and reverberating drums create a sense of ominous mystery. The sound breaks open in a storm of screaming vocals, thunderous percussion, and abrasive seething and searing chords. The band continue to ratchet up the intensity as the bass growls and the guitars writhe and scream in a frenzy. The vocals roar and bay at the moon. The drumming spasms and pounds in the midst of a miasma of radioactive vibrations, both dim and dismal and then becoming a paroxysm of violent madness.

Seemingly in the throes of possession, the vocals reach pinnacles of tortured lunacy just before the sound diminishes and immerses the listener in something like the sound of ants busily swarming around their nest, a sound that in turn gives way to moody bass emanations and haunting whispers, which transform into ominous pronouncements uttered in frightening serrated tones. It’s a chilling sequence, one that forms the song’s significant middle section. When that sequence fades away to silence with still five minutes left, you know that something more disturbing still lies ahead.

In that final section the band again take their time building a new terror, first layering thin strummed chords over soft, eerie, astral radiations, and then gradually increasing the volume of that simple acoustic motif, whose repetition becomes almost hypnotic. But there’s still a sense of unease in the music, and that feeling grows, until the band engulf the listener in a final typhoon of abrasive noise — and then suddenly cut it off, as if severed by a blade.

Post Tenebras Lux features artwork and illustrations by Lacrimae Rerum and layout design by Giorgio Barroccu. It was mixed by Dano Battocchio and mastered by James Plotkin. Brucia Records recommends it for fans of Abruptum, Thaw, and Throane. You’ll find pre-order info below, along with not only our premiere stream of “Relics” but also a Bandcamp player that will allow you to hear two other tracks from the album.