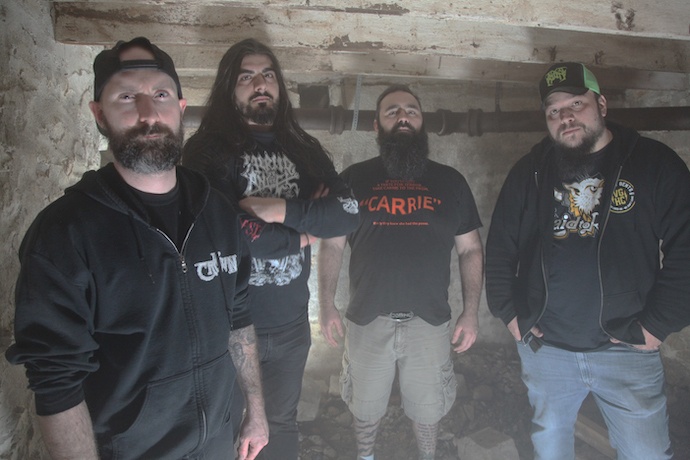 H.P. Lovecraft never knew, nor could have imagined, what sumptuous source material his twisted storytelling would become for extreme metal bands half a century (and onward) after his death. But so it is, and that symbiosis shows no sign of ever diminishing. Across a wide range of genres and bands, his ghastly supernatural tales continue to exert a magnetic attraction, which inspired the heavyweight Canadian group Duskwalker when they wrote “The Crawling Tongue“, the song that’s the subject of official video we’re premiering today.

The track comes from Duskwalker’s 2019 album All They Know Is Fear, which was released by CDN Records. It’s the first full-length under the name Duskwalker, but is actually the band’s second album (the first one being released under the group’s previous name, The Offering). The album as a whole delves into themes of myth, conspiracy, and horror, and channels influences that range from Morbid Angel and Carcass to Cannibal Corpse and Pantera, blending traditional metal, old school death, and thrash. 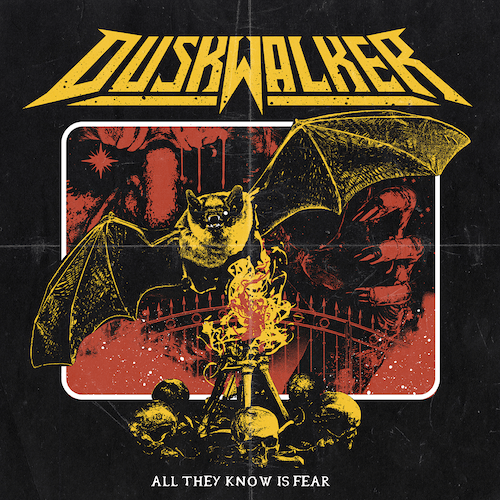 In crafting “The Crawling Tongue“, the band wanted “to take the listener somewhere dark”, and in that they succeeded. It’s a ghoulish and ghastly song, but also a brutish neck-wrecker, anchored by a cold, menacing, rhythmic slugger of a riff and vertebrae-cracking drumwork. In the vocal department, frontman Joey Scaringi shifts between gruff, bellowing growls, livid screams, horrid pronouncements, and filthy gurgles, and as the song proceeds the band inject bursts of jittery, jolting fretwork, dismal chords, and squealing guitar mutilation, as well as a freakish fret-melting solo that amplifies the feeling of cruel, unearthly derangement in the music.

Earlier this year Duskwalker also released a video for “Shadowcreeper”, another track from the latest album, which premiered at Decibel, and we’ve included that one along with our own premiere, in case you missed it.

All They Know Is Fear is available from CDN Records via the link below. The video we’re premiering was shot and edited my Cannibal Cam Schwarz.