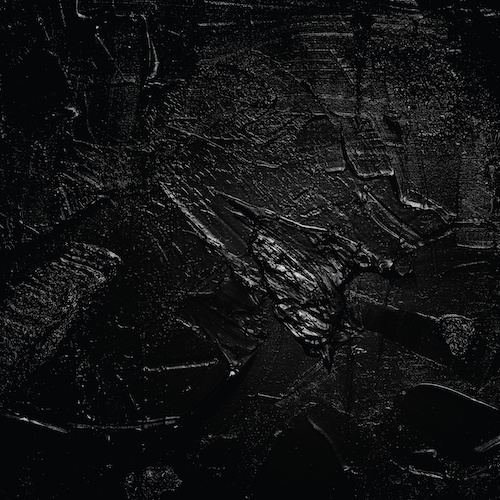 Regular visitors to our site know that I spend a tremendous amount of time focusing on music premieres, at least one premiere of some kind every day. It’s time that could easily be spent in other ways, but one big reason I’m so devoted to doing them is because of how often they’ve introduced me to appealing bands who had flown under my radar. Of course, maybe this in turn leads to you discovering music you weren’t aware of either. Which leads me to the L.A. band Goliathan.

Until being invited to host the premiere of the live performance video you’re about to see and hear, that’s a name I hadn’t heard before, other than as the title to a Weedeater album from five years ago. After being completely captivated by this video from my first exposure to it, I learned that Goliathan launched their recording career with two EPs — their 2017 debut, Awakens, and a 2018 follow-up, Albion. The song featured in the video, “Aberration“, is off that Albion EP.

More recently the band also released Artifact, a collection of recordings that date back to 2006, documenting the band’s earliest incarnation, with the music remixed by Toshi Kasai (Melvins, Red Sparowes, Helmet) and mastered by Gene Grimaldi (Failure, Fantômas).

I mention all this because “Aberration” is pulling me toward all of those releases like a strong magnetic force, and maybe the same will be true for you if you’re also a newcomer to Goliathan’s brand of instrumental doom-metal-meets-post-rock. 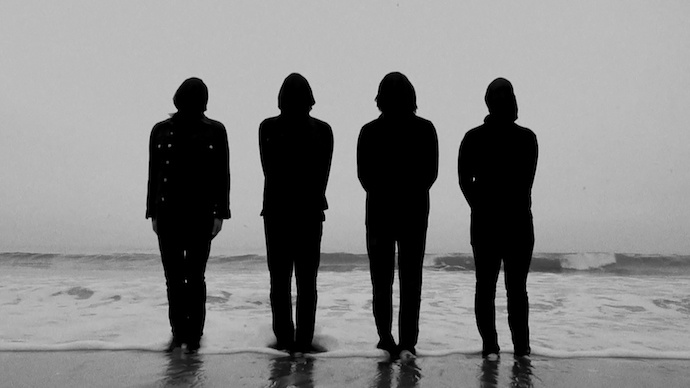 And yes, Goliathan are an instrumental group. As we all know, that creates challenges that bands with vocalists don’t confront, but it also affords opportunities. Lacking vocals and lyrics, the music becomes wholly dependent on the compositions and the performances for its message, its emotional impact, and its ability to maintain a tight grip on the listener’s attention. Lacking vocals and lyrics, however, the music is even more open to interpretation, and perhaps even more likely to create a response that’s the result of a unique communion between each listener and the band.

In the case of “Aberration“, at least in my case, the music channels a spectrum of sensations and visions — most of them dark and disturbing, but also exhilarating. The song is ominous, perilous, hopeless, and at times it becomes a titanic, remorseless crusher. That’s all part of what makes it exhilarating. But at times splendor also shines through, a feeling of frightening triumph, which is equally thrilling.

As “Aberration” begins, a prelude of eerie (and eventually evaporating) ringing notes leads into massive pounding percussion, humongous gritty chords, and shrill, shrieking reverb. The drums begin to clatter and rumble, and the riffing rises to a more frenzied boil, putting teeth on edge even as the rhythm section bends your neck to their will. The music blares and crushes, but a seductive guitar lead lifts the feeling of the music in seductive and mesmerizing ways, and then the guitars carry the music further upward in glorious but still tension-torquing fashion.

The rhythm section continues to hammer and pound, the bass menacingly growls, and the riffing cries out and vibrantly darts and skitters, creating an uneasy sensation, something like a feeling of encroaching derangement. Again, the melody shines, soaring above the neck-bending interplay of the rhythm section — but there’s still a knife-edge of tension and pain that comes through with increasing intensity as the pace of the music accelerates and the music blazes. One final change lies ahead — a bout of merciless, cold-hearted, pile-driving brutality, accented by frantic whirring notes, the sound of a mind coming apart….

But those are just my interpretations. You’ll have a chance to form your own. And meanwhile, you’ll get to feel the longing for live performances that comes from watching the band deliver this song on stage at the Five Star Bar in Los Angeles, back during pre-pandemic times. It’s a blast to watch them throw themselves into this intensely gripping song. It must have been decimating to experience the full high-volume impact in the flesh.

As mentioned earlier, with instrumental music of this level of power, what a listener takes away from it may be different in some measure from what inspired the band. Here, we’re told that Goliathan’s music “tells stories as vast as geologic time itself — tales of epic beginnings and inevitable ends, of the epochal crawl of continents, apocalyptic future landscapes, and of nature finally — violently — reclaiming its rightful dominion over man”.

If you’re as captivated by “Aberration” as I am, you can go exploring other Goliathan songs from their three current releases through the links below: