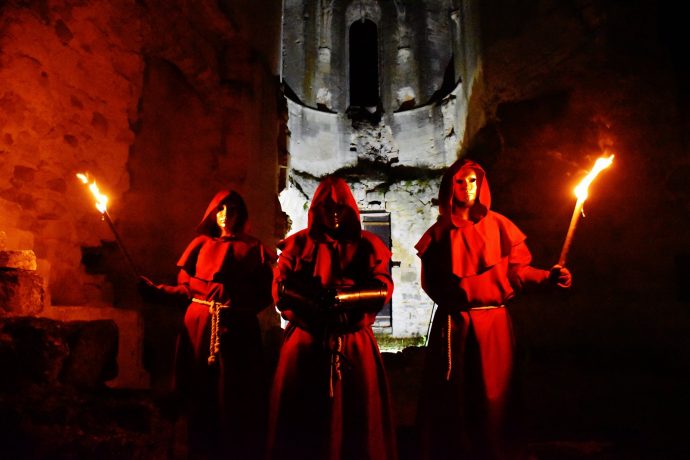 (Andy Synn follows yesterday’s installment of “Unsung Heroes” with another one, this time presenting reviews and streams of new albums by two French bands and one Italian group, all of which provide well-deserved exceptions to our “Rule” about singing.)

As I’ve tried to stress several times – not just this year, but every year – it is literally impossible for any “Best of…” list to be totally comprehensive and/or definitive.

There’s only so much listening time available, and so many, many albums released each year, that the most you can ever really hope for is a representative sample of the year’s “best” releases.

It’s in acknowledgement of this unfortunate, but incontrovertible, fact of life that I first started writing these “Unsung Heroes” articles in the hope of providing some well-deserved, albeit retroactive, coverage for a bunch of artists and albums which I/we didn’t get chance to cover in proper detail before now, and which you, our readers, may well have missed out on too.

Today’s article has a particularly doomy focus although, as you’re about to find out, each of the three bands featured here has a distinctly different take on the genre.

Of the three artists I’m about to (possibly) introduce you too, one of them is a very recent discovery that I didn’t stumble across until my week-long list-a-thon was almost finished, while the other two I was hoping to be able to write a paragraph or two (or five) about prior to “List Season” commencing, but just never found the time. 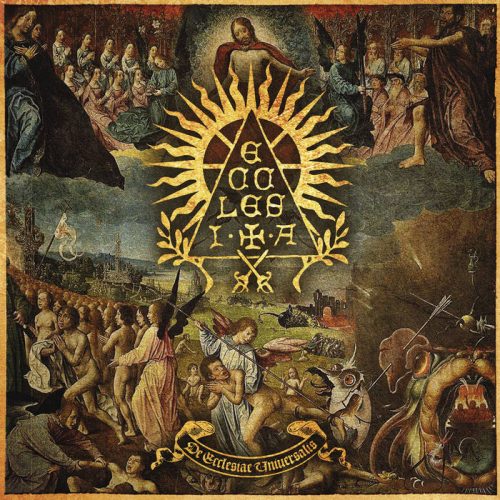 De Ecclesiæ Universalis, the debut album from French quintet Ecclesia (who include in their ranks two members of Black Metal sensations Glaciation, whose latest album is also well worth checking out) is the most recent discovery of mine on this list, and therefore, at this stage, it’s still difficult to say whether it would have belonged on my “Good” or “Great” lists had I discovered it sooner.

What I can say, however, is that it’s an incredibly impressive, and incredibly assured, debut, from a band who clearly know, and love, the classic Doom sound and aren’t ashamed to draw some very obvious influence from the doom-laden Heavy Metal vibes of classic Candlemass and Cathedral, but also aren’t afraid to modernise it a little by adding a hefty dose of early-Nevermore influence into the mix, resulting in an album that’s notably more bombastic and up-tempo than you might expect.

From the chunky, chugging rhythms, extravagant melodic leads, and brazenly melodramatic vocals of early highlight “Vatican III” to the sinister keys and swinging stomp of “God’s Trial” (both of which showcase a fair bit of punchy Loomis-esque power in their guitar-driven gallops and grooves) this is an album which clearly takes its subject matter seriously but, at the same time, also understands the importance of being able to rock out, sing along, and bang your head at the same time.

In fact, there really is so much to love about this album (even though the closing pairing of slightly-renamed Venom cover “Burn the Witch” and the superfluous atmospheric outro of “Ite Missa Est” ends things on a slightly anticlimactic note) that I’m not sure where exactly to start.

There’s just so many killer riffs, catchy melodic twists, and humongous vocal hooks in every song that picking out any one of them almost seems like a disservice to the rest, although I have to admit that the moody heaviness of “Montségur” (think Epicus Doomicus Metallicus meets Dreaming Neon Black), the epic (not to mention intense) “Antichristus”, and the shamelessly anthemic, subtly proggy, strains of “Deus Vult” might just be my personal favourites.

I also absolutely love the way that Ecclesia utilise a dash of harsh vocals in certain songs to add an extra dose of grit to the proceedings, which is something I’d like to see more bands of this ilk experiment with as a clever inversion of the otherwise played-out “harsh verse/clean chorus” cliché.

So, yeah, give this one a listen. Pretty much everyone I’ve recommended it to so far has loved it, and hopefully you will too. 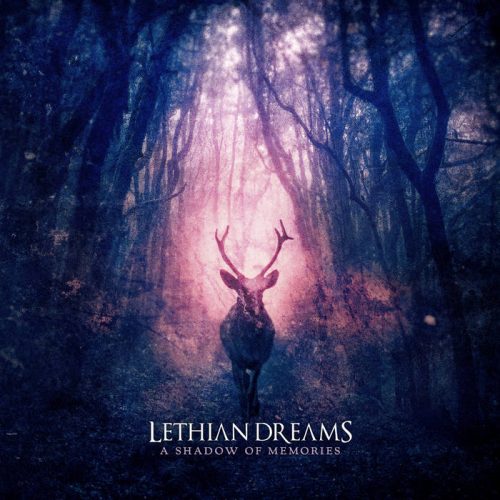 LETHIAN DREAMS – A SHADOW OF MEMORIES

The latest album from French trio Lethian Dreams (their fourth overall) is one I really wanted to write more about before now, but sadly only had time to give it a passing mention in my “Good” list alongside other, similarly underrated, acts like Red Moon Architect and Shedfromthebody (both of whom LD could be said to share several common elements with).

Suffice it to say, however, that if you’ve been experiencing a craving for something that focusses just as much, if not more, on emotional weight as it does on sonic heaviness, and puts a significant amount of emphasis on the more ethereal and atmospheric side of things – think Anathema meets Alcest meets Swallow the Sun – then this is going to be the album for you.

Over the course of these seven songs – the shortest an austere four minutes forty-two, the longest an audacious eleven and a half – you’ll encounter a blend of gothic gloom and dreamlike Doom that doesn’t so much deluge you with sorrow and despair as it does surround you like an ambient mist of misery and melancholy which clings to your skin as you move and fills up your lungs, and your heart, as you breathe it in.

While the music in general proceeds at a stately, some might even say sedate, pace, the band keep things interesting and engaging via the careful (and clever) layering of parts – brooding riffs overlain with mournful leads, shimmering synths weaving in and out of shivering tremolo, echoing ambience giving way to moments of restrained, hypnotic power – all of which flow, fluidly and languidly, in an elegant and luxuriant dance of dynamic give and take.

Of course, as morose and moving as the music is, it’s the sombre, soothing vocals of singer and multi-instrumentalist Carline Van Roos which provide the final, and most necessary piece of the puzzle, her touching, almost tearful delivery constantly wavering between heartbreakingly human and almost unearthly, yet never failing to convey the weight of sorrow and loss underlying every single song.

It’s a captivating album, not to mention an unusual one (you might even describe it as “Doom-gaze”, if you were so inclined), which I think will definitely find a small but seriously committed audience among our readers. 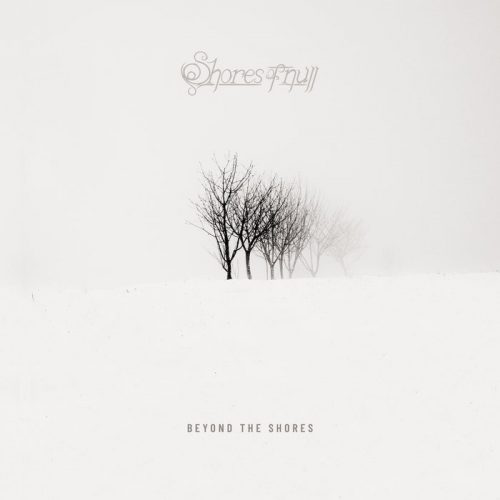 SHORES OF NULL – BEYOND THE SHORES (ON DEATH AND DYING)

Let me be clear right now, the fact that the new album from Italian quintet Shores of Null didn’t make it onto any of my year-end lists should not be taken as any sort of reflection on its quality.

The truth is that, due to the ambitious way it’s been put together – thirty-eight-and-a-half minutes of gloriously gloomy, hauntingly melodic and sublimely atmospheric Doom, conceptually built around the Kübler-Ross “five stages of grief” model, all woven together into a single, continuous track – and because I didn’t come across it until quite late in the year, it was always going to require a bit of extra time, and careful analysis, for me to form any sort of coherent and informed opinion.

Now, any time a band attempts something like this, of course, the potential for disaster is always there. And even some of the best examples of this “single song album” format often feel like they could/should easily have been broken up into a series of smaller tracks.

Not so with Beyond the Shores…, however, which bucks the odds by actually feeling like a well-rounded and well-thought out thirty-eight minute long song while, at the same time, managing to feel far shorter and more immediate than you might expect, given its extended run-time.

A lot of the credit for this, of course, must go to the consistently captivating vocals of Davide Straccione, whose expressive, emotional delivery sits somewhere between My Dying Bride’s Aaron Stainthorpe and Paul Kuhr of Novembers Doom at their best… with hints of someone else I can’t quite put my finger on (possibly the dearly-departed David Gold of Woods of Ypres?) but whom I’ll inevitably think of just after this has been published…

Of course he’s not the sole reason this album is such an astonishing success – nor, as it happens, is he the sole vocal contributor, as Mikko Kotamäki (Swallow The Sun), Thomas A.G. Jensen (Saturnus), Elisabetta Marchetti (Inno) also make an appearance – as the music and instrumentation is just as compelling and captivating too, balancing classic melodic Doom melancholy to passages of increasingly darker and more aggressive intensity reminiscent of bands like In Mourning and The Fall of Every Season.

Ultimately this is an album that needs to be listened to in full, from start to finish, in order to fully appreciate everything it has to offer. And while, inevitably, there’s no easy “jumping on point”, those who are willing to give it the time it needs will find that it both deserves and rewards their full attention in equal measure.

One Response to “UNSUNG HEROES OF 2020:  ECCLESIA / LETHIAN DREAMS / SHORES OF NULL”