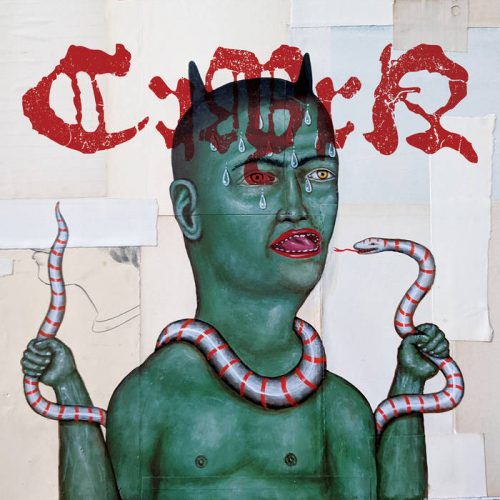 (We welcome NCS guest contributor James Parry-Smith , who brings us his review of the new album by Corrupt Moral Altar, which was released in late November by APF Records.)

In a year as irreversibly horrendous as 2020 has been for most of us, a short, sharp injection of white-hot anger and riff-heavy grindcore is exactly what is needed to spruce up the terrible day you may very well be having. Liverpudlian group Corrupt Moral Altar have previous experience in the aforementioned areas, with a pair of EPs and full-lengths to their name over the past decade that have established them as one of the UK’s preeminent grind bands and, with a penchant for delving blithely into sludge metal realms and the battering distortion that characterises such a sound, one of the most interesting to boot.

With 2014’s Mechanical Tides and 2017’s Eunoia both allowing space for the band to stray off the beaten, grinding track and fully explore their collective creative vision, their EPs are by no means one-dimensional in comparison – something that is as clear on latest release Patiently Waiting for Wonderful Things as it has ever been. 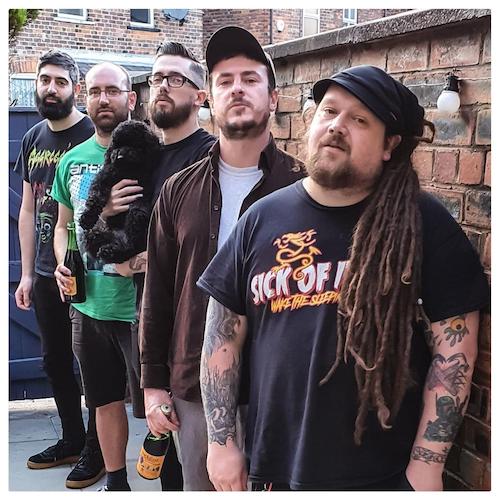 The band’s focus on riffs and groove within the breakneck extremity is palpable throughout, with “Maximum Bastardry” (the subject of a video here) exemplifying this through a whirlwind of early-Cancer–Bats-meets-Iron–Monkey levels of bristling energy before shifting to a pounding wall of dual guitars, the three-way vocals effortlessly accentuating the aural filth.

The song titles betray a delightfully blunt sense of humour (see Reece’s other projects for further evidence) and, while the lyrics lean more towards darker topics, tongues remain firmly in cheeks at all times. “Spirit Breaker” sees the band at their most melodious and dynamic – the respite of course fleeting amongst the snarling scorn and exultant bedlam – while closer “I Am an Ocean of Wisdom” is the perfect coalescence of every aspect of their personal brand of pandemonium.

Patiently Waiting for Wonderful Things is a swift punch to the gut that not only sees Corrupt Moral Altar at their most potent and unforgiving (thanks in no small part to drummer and producer Tom Dring and his stellar efforts in both of these areas) but also showcases levels of creativity within the chaos that sees them at the absolute top of their game. All that remains is to soak up the fury with a bottle of something nasty and patiently wait for even more wonderful things.