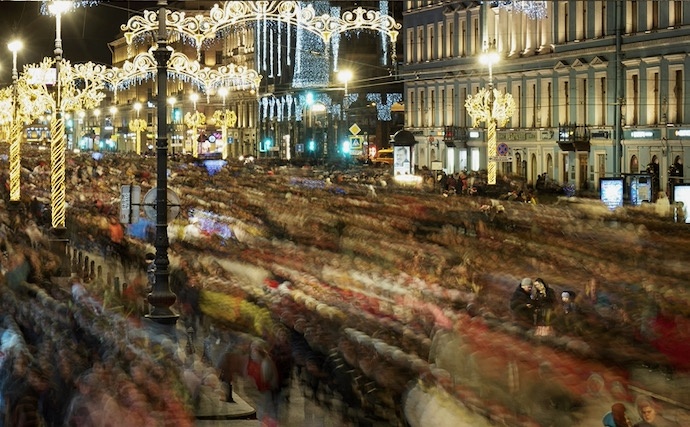 Happy New Year to all who may wander by our site today. But we extend that wish with one eye looking over our shoulder. Until we’ve cut the head off of 2020, put a stake through its heart, and burned the remains to ash, we fear it will remain with us, still shambling forward like a stinking zombie or coming back from its grave (which is just a temporary resting place) like a hungry vampire, ready to turn 2021 into something horrid just like itself.

The turn of the calendar means almost nothing of course. Today will be very much like yesterday and very much like tomorrow will be. If there is a meaningful change, it will only be one in our minds, which, however, is not nothing. I saw this poem today by Dana Gioia, named “New Year’s”:

Let other mornings honor the miraculous.
Eternity has festivals enough.
This is the feast of our mortality,
The most mundane and human holiday.

On other days we misinterpret time,
Pretending that we live the present moment.
But can this blur, this smudgy in-between,
This tiny fissure where the future drips

Into the past, this flyspeck we call now
Be our true habitat? The present is
The leaky palm of water that we skim
From the swift, silent river slipping by.

The new year always brings us what we want
Simply by bringing us along — to see
A calendar with every day uncrossed,
A field of snow without a single footprint.

That feeling of renewal and of possibility that Dana Gioia writes of is not nothing. In time it may become nothing (or nothing more than an annoyance when you try to hand-date a check), but it may also become a cause that leads to an effect. And at least for today, that feeling of a new year bringing us what we want, simply by bringing us along, to see ahead of us a field of snow without a single footprint, might be a balm to those who feel it.

For us at this wretched site it’s mostly just another day, which is how we tend to treat every other holiday in the year, just another chance to connect with heavy music and maybe create some new connections between you and what we have found. We published a couple more year-end lists earlier today, and might have a couple more for Monday to wrap up 2020 LISTMANIA. And then on to a list of infectious songs, and of course a continuing focus on all the metal that 2021 is already beginning to bring us.

Speaking of new music, I wanted to include some new-found tracks to help celebrate this New Year’s Day. Just two tracks, both by Russian bands, both of them from the same split release, and both of them supremely good in my estimation.

Rennie from starkweather urged me to check out this first song by a band from Stavropol, commenting that it “begins fairly normal, then steadily unravels into something special”. Man, was he not kidding.

The song, “Rat Sermon” (Крысиная проповедь), is so overwhelming and multi-faceted in its sounds that it seems an entire city has come together to celebrate and create havoc. But not any normal city. More like a congregation of inmates from an insane asylum, demonic zealots who have escaped Hell, and participants in a carnival who don’t seem to mind that it’s on fire. Eventually they settle down and enjoy some jazz.

The music is wild in just about every respect. At the outset, as Rennie noted, it’s a turbocharged onslaught of ripping and riotous black metal, which is to say, “normal”, at least for those of us who get a kick out of that. But it doesn’t take long to begin noticing a cavalcade of new experiences. The vocals alone, which begin as ferocious growls, multiply in exhilarating and harrowing ways. The guitar work becomes kaleidoscopic, and increasingly ecstatic. You begin to notice the burbling prominence and inventiveness of the bass,  and the changes in riffing and rhythmic patterns, which make the music whirl and dance as well as scythe and sear the flesh, and which create a mounting feeling of ravishing mayhem.

The song also finds a time to give your neck a good workout in the midst of all the spectacular instrumental and vocal machinations. Flickering leads and cascading melodies, combined with solemn singing, begin to create an aura of wondrous splendor, even as the drummer erupts in stunning frenzies. And other musical accents eventually begin to surface soon after the bass is given the spotlight. Trumpets, saxophone, piano, and electronic keyboards work their way in, smoothly transitioning the music into a very different but no less wondrous experience. At first mysterious and mesmerizing, and elevated by the singing, the music gradually slows and becomes seductive through the work of a jazz quartet — sax, piano, bass, and drums — followed by a beautiful keyboard finale.

As Rennie pointed out, Lashblood’s membership is interesting. Per Metal-Archives, it consists of members of Back Flux, Deathmoor, Tetragrammicide, Jyotiṣavedāṅga, and Shroud of Frost, among others. The song is one of three that appears on Lashblood’s side of a split named Храм, which is due for release at some point in 2021.

Inspecting the fine print at Bandcamp, I saw the name of the other participant for the split, and that led me to the song which follows this one in today’s small collection.

Take note that if you buy the music for this split on Lashblood’s Bandcamp page, as I did, you will only get the one song that’s now streaming. I still think it’s worth the money. At this point I don’t know when or if the other two songs will become available digitally, or how or when the entire split will be released in some other form.

Veter Daemonaz from St. Petersburg is the other band on the split with Lashblood. A little searching led me to their own Bandcamp page, where the song below (one of three on their side of Храм) is now streaming.

That song, “Rejoice, for i have seen“, isn’t as uproariously wild and surprising as Lashblood’s long song, but I think you’ll find that the two fit together very well. Among other things, the song gives the bass a prominent role, and its quality is reminiscent of what you’ve heard in the Lashblood song. The riffing in “Rejoice…” also channels a kind of ebullience, though there is a sense of tension and turmoil in its blazing tones, and the crushing, ritualistic drum blows make the music ominous as well. As the drummer moves into a back-beat and the bass thrums in compelling ways, heads will move.

All of that makes for an arresting overture, but the sense of chilling menace in the music strengthens as the vocalist begins muttering — and then hell really breaks loose in an electrifying flood of hyper-blasting percussion,  racing, incendiary chords, pulsating bass, and raging growls. It’s a frightening yet magnificent experience, as if the skies have suddenly been engulfed in flames sweeping from horizon to horizon.

You do get a chance to catch your breath near the end, through a rippling bit of guitar sorcery backed by shimmering feedback — though I was sad to have the song end. I would have been happy for that closing bit to become an extended interlude, and then have the band take off again in some new direction. But then again, there are two more Veter Daemonaz songs on this split, which I’m now very eager to hear.

On that subject, I’ll include the same note I added regarding Lashblood’s Bandcamp offering from the split: If you buy the Veter Daemonaz music for this split on their Bandcamp page, as I did, you will only get the one song that’s now streaming. And again, at this point I don’t know when or if the other two songs will become available digitally, or how or when the entire split will be released in some other form. If I find out, I’ll update what I’ve written here.

And with that, on behalf all of us here at NCS I’ll again wish you a Happy New Year — and the eventual permanent death of the old one.