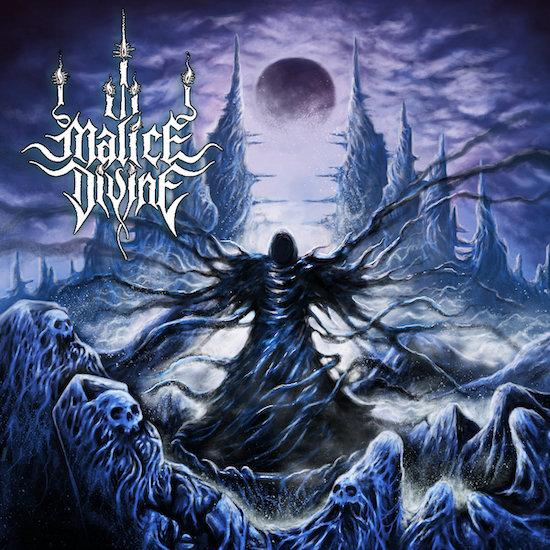 Malice Divine is a new solo project from Toronto, Canada. whose self-titled debut album is set for release on February 19th. It’s the work of multi-instrumentalist and vocalist Ric Galvez, who began composing the album’s music while he was a member of Astaroth Incarnate (whom we’ve written about here in the past) and was also studying as a music major at York University. After Galvez parted ways with Astaroth Incarnate, he finished the rest of the album by writing the guitar solos and the lyrics.

Stylistically, the music draws on a range of melodic black and death metal influences, including Dissection, Death, Wintersun, and Immortal, while also incorporating a lot of jaw-dropping guitar prowess.

As a demonstration of what Malice Divine brings to the table, today we’re premiering a guitar-and-vocal playthrough video for the album’s first advance track, “In Time“, which will be released as a digital single on January 8th. 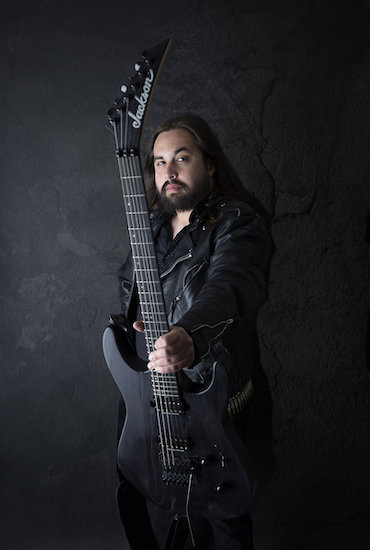 What exactly does Malice Divine bring to the table? Judging from “In Time” alone, the project brings a great cornucopia of gripping riffs, virtuosic soloing, constantly dynamic rhythms, harrowing vocals, and a talent for interweaving variant melodies that turn out to be memorable, as well as an ability to make such kaleidoscopic music both cohesive and catchy.

The opening sequence of riffs begins to establish the pattern, shifting from sensations that are slow, dismal, and perilous to spidery and feverish, and then to cold and cruelly deranged. But that’s just the start of this dark but exhilarating piece.

As the long song continues to unfold, it includes soloing that dances and then melts the frets, dark magisterial chords, an interlude that stifles the song’s turbocharged pacing and fleet-fingered guitar work in order to shift the atmosphere into moods of morbid gothic horror, and a seamless rise from there into a blazing guitar discharge that somehow manages to amalgamate feelings of moodiness and mayhem, of grandeur and ghastliness, accented by an even more spectacular solo, which itself paints a ravishing tapestry of changing moods (and soars to astonishingly fiery heights). Rather than end the song on that heart-in-your-throat high point, Galvez instead chooses to close the track with a sorrowful, classically inclined acoustic instrumental, albeit one that preserves the connection to one of the song’s chief melodic through-lines.

Meanwhile, the vocals add to the music’s diversity, morphing from gruesome growls to crazed, vicious shrieks (and sometimes the divergent throat-work is layered for extra intensity), while session drummer Dylan Gowan (Vesperia, Iomair) does a superb job shifting gears and patterns as the rest of the music twists and turns.

Ric Galvez has told us: “The listening experience I am trying to give the fans with this album is a highly dynamic one that maintains the listener’s interest with hard-hitting riffs, catchy and aggressive vocals, epic guitar solos that range from being very melodic to an all-out frenzy of shred, and the occasional moments of beautiful and captivating classical guitar sections.”

As noted earlier, “In Time” will be available on all digital platforms on January 8, and the full album Malice Divine will drop on February 19, featuring album art by Pzychopart (with pre-orders available soon).