Welcome to Part 4 of this expanding list, in which I’ve paired two powerful (and, by definition, quite memorable) songs that I thought would make a good partnership in your listening today. (To check out the songs that preceded these two in the list, follow this link.)

It’s my habit to introduce each song on this list with some words about the albums that included them, for the benefit of visitors who might be encountering them for the first time, or who might decide to delve into them more deeply, as a result of the selected songs. In the case of Ulcerate‘s 2020 album Stare Into Death And Be Still, that seems unnecessary. Given the widespread acclaim this album has received across a multitude of year-end lists (including many we published), who among you is still unaware of this album? 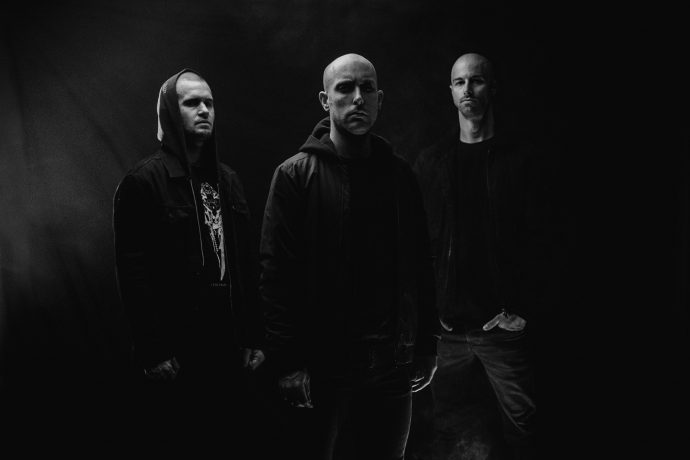 This is not to say that the record has uniformly been received with open arms by all listeners, some of whom may have found their previous enthusiasm for the band diminished at least somewhat by the record’s increased sense of atmosphere, dynamism, and melody. Yet for many other fans, as our own Andy Synn observed in his review, those very changes made the record “a true classic in the making and a(nother) watershed moment in the band’s career.”

My difficulty in making this list was not in deciding whether anything from the album belonged here, but rather which song most belonged here. “Exhale the Ash” and “Visceral Ends” were strong contenders, but in the end I went with my first instinct and chose the title track. It’s not only a brilliant reflection of all the ingredients that make the album so powerful and immersive, but also the one that (even if by a hair) has tended to pull me back to the record most often.

To quote from my introduction to a track we premiered from the album that’s the source of the next song on this list:

“The nightside musical arts of Ars Magna Umbrae leave the mundane world far behind, inspired by interests and ambitions that seek to explore other worlds beyond the sight of banal souls who creep across the earth in their daily trudges. Not for naught does I, Voidhanger Records describe the band’s new album, Apotheosis, as ‘an occult black metal journey across the shores of plutonian nights, through starless aeons and oneiric fields, to later plunge them into the depths of boundless devotion and joyous madness’.

“The label also describes the album’s music as ‘a fusion of dream and reality’, and the music is indeed the stuff of waking dreams. It inspires the imagination, spawning visions that are simultaneously wondrous and deeply disturbing. ‘Immersive’ may be a trite descriptive phrase, but it’s nonetheless entirely accurate in describing the effect of Apotheosis. Immersed within its sensorium, your mind may take you to unforeseen places, without any conscious direction.”

The song premiere that was preceded by those words (and many other words) was “Of Divine Divergence“. But although it wasn’t any easy choice, I picked a different track for this list.

The one I chose, “Oracle of Luminous Dark“, is a powerfully dark song, magisterial and ominous, unearthly in its quivering and flaring melodies, both stately and tumultuous in its drumming, and scalding in its malignant vocal extremity. It sends chills down the spine and rockets the pulse, yet is spellbinding, especially in the magnificent extended dual-guitar solo that consumes much of the song’s latter half (and is a big reason why I chose the song).

The band calls its music a “Manifestation of Chthonic forces of Death and a sonic portal to the Nightside” — and this song proves those are not empty words. And it’s hard to get out of your head once you’ve heard it.