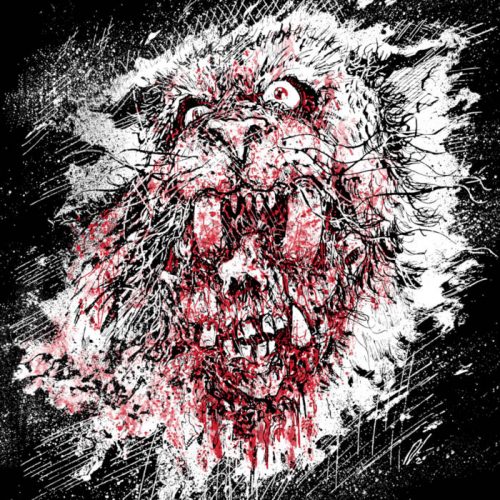 (This is Andy Synn‘s review of a new EP by the Kansas-based death metal band Fossilized, which was released on the first day of this new year.)

There’s already been quite a bit of digital ink spilled this year about the latest batch of grimy, gravel-throated, grim ‘n’ gritty Death Metal to hit the airwaves courtesy of bands like Frozen Soul and Gatecreeper, and I can understand why.

The former, for example, have built up an impressive amount of buzz, and I for one definitely enjoy the sharper, more spiteful Carcass-isms of their recently-released debut album, while the latter’s new EP suggests that they’re finally ready to step outside of the OSDM ghetto in which they’ve been trapped for a while (but which they’ve now clearly outgrown).

But while all this has been going on Kansas-based killers Fossilized have been quietly chugging (and I do mean chugging) away in the background… although by “quietly” I don’t mean in the literal sense, more in the “he was a quiet guy, kept to himself…” way that you hear right before it’s revealed that they found the remains of multiple murdered transients in your neighbour’s back yard… waiting for the rest of the world to discover the bone-crushingly brutal delights of their new EP, Eat or Be Eaten.

So if you’re in the mood for something dense, dumb, and disgustingly fun (not to mention disgustingly heavy) then get ready to chow down on six songs of pure, primal punishment. 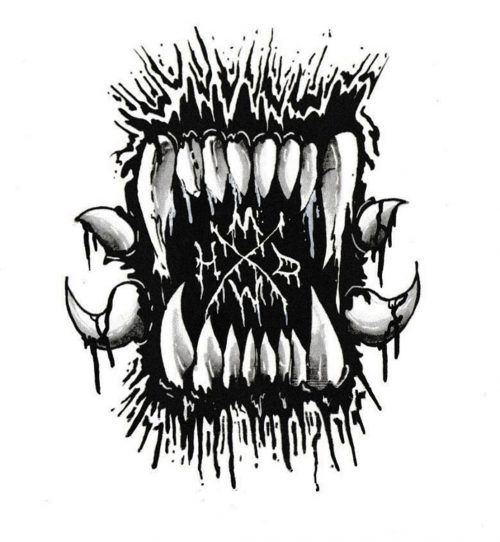 Let’s get one thing straight right away – whether you think of them as a cro-magnon Hardcore crew draped in the bloody skin of a Death Metal band, or a tribe of knuckle-dragging Death Metallers devolving back to their Hardcore roots, one thing is certain… these guys do not fuck around.

There’s very little in the way of subtlety or nuance on display on this EP, just six tracks of thuggish, chug-heavy aggression combining the nastiest, gnarliest bits of bands like Cannibal Corpse and Carnivore, Dying Fetus and Death Before Dishonor, into one brain-busting bolt of blunt-force trauma after another.

That being said, Fossilized also clearly don’t take themselves too seriously (their mascot is a goddamned Sabre-toothed Tiger after all), and are confident (and capable) enough to kick things off with a fantastically pulpy B-movie intro as part of opening bone-breaker “Tree of Flesh and Hate” without sacrificing the record’s murderously meat-headed vibe in the process.

Granted, the band’s brutal formula – a mix of churning riffs, chugging grooves, slammy blasts and bowel-loosening gutturals – isn’t the most enlightened or original, but it works (well, mostly, I can see what they were going for during “Forever Yours”, but that’s the one track which doesn’t deliver a clean kill), and when it works really well, such as during the vicious, d-beat thrash-down of “With An Axe”, or the unexpectedly moody, utterly pulverising, “Revenant”, well… the results speak for themselves.

Concluding with the obnoxiously heavy, ignorantly infectious, strains of the title-track (which might just be the best song on the EP), Eat or Be Eaten may not be big, and it may not be clever, but it’s absolutely perfect for those days when you just need to switch off your higher brain functions for a little while and get really primitive.

2 Responses to “SHORT BUT SWEET: FOSSILIZED: “EAT OR BE EATEN””