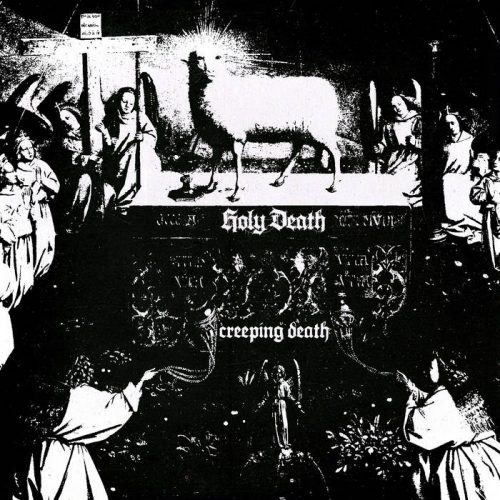 Just after last Thanksgiving Day, our man Andy Synn wrote combined reviews here of the three EPs released in 2020 by Holy Death, who describe themselves as “three piece death doom out of the Nevada desert by way of Los Angeles”. Those EPs — Supreme Metaphysical Violence, Celestial Throne ov Grief, and Deus Mortis — revealed a multi-faceted and evolving approach, with the most recent of those EPs demonstrating that (in Andy‘s words) “the band continue to (somehow) get even harsher and even heavier as they grow in confidence and skill”.

With those EPs stacked up in very impressive fashion, Andy predicted “there’s a very good chance that the group’s next release will be their best yet!” What we didn’t know then but do know now is that Holy Death‘s next release (which we’re now premiering) is a cover song — a cover of Metallica‘s “Creeping Death“. Not completely surprising, since Deus Mortis closed with a cover (of Entombed‘s “Wolverine Blues”), but also kind of an intimidating choice as a song to cover. 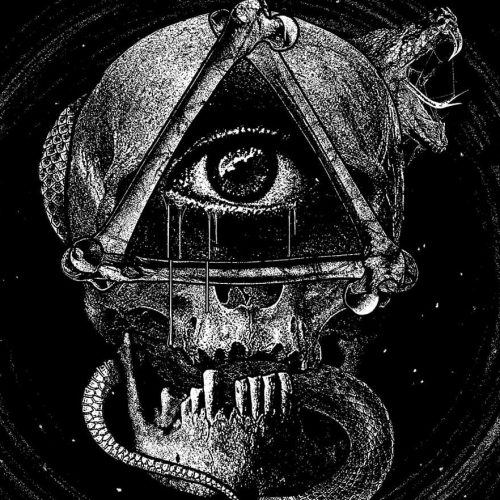 Lots of you out there can hum Metallica’s original from memory. It is, after all, a fucking classic of brazen, bombastic, hard-charging (as well as vicious and grim) thrash, capped by a spectacular guitar solo — one of the greatest songs Metallica ever wrote. So what does Holy Death do with the challenge of covering a song like that?

Well, at first they turn it into a titanic crusher, which becomes apparent from the opening seconds. But after a spoken-word sample, they start marauding. The cover is still massively heavier than the original, heavy enough to create cranial fracturing and spinal trauma, and the roaring vocals are raw, raging, and monstrous. The cover also includes a hell of a guitar solo, whose wildness contrasts with the brutal, bone-smashing demolition job that the song as a whole delivers.

The riffs are still immediately recognizable as the ones that made “Creeping Death” such a classic, but they strike with stunning power, and the song’s finale is goddamned cataclysmic. In other words, you get a pulverizing death-metal variant of the song that’s well worth having right alongside the original.

We sought out a comment from Holy Death guitarist/vocalist Torie about this cover, and here’s what he told us:

“I chose this song initially because it was the first song I had learned to play on guitar way back in high school. Literally from birth I grew up listening to bands like Slayer and Metallica. My dad was a huge metal head. He would set up a Walkman and hang the head phones above me playing metal when I was a baby. So I wanted to also pay respects to him and the music that influenced me growing up.”

Holy Death‘s cover of “Creeping Death” is available now via Bandcamp.It was recorded and mixed at the Temple ov Riffs, and was mastered by Will Killingsworth at Dead Air. It’s further evidence that this is a band you really need to watch closely.