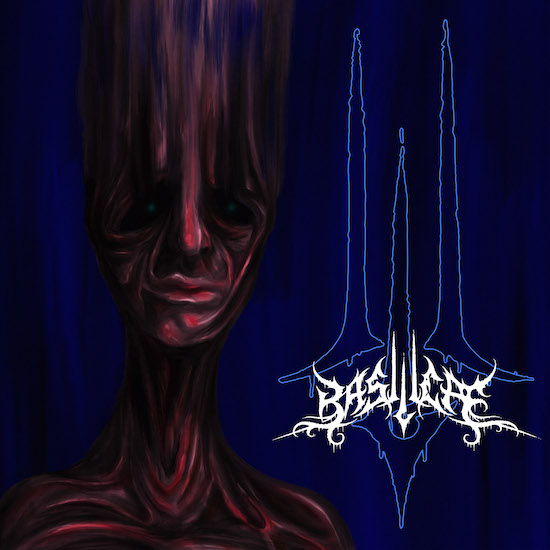 North Carolina-based Basilica took shape beginning in September 2016 through the desire of three music-school majors at Appalachian State University who wanted to form a metal band in the vein of Dying Fetus, Power Trip, and Code Orange. Those three — guitarist Cameron Price, bassist Chandler Bell, and drummer/vocalist Reilly Appert — originally took the name Golgotha, and the following year they welcomed drummer Brady Kennedy into the fold, allowing Reilly to move up front on vocals, and also changed their name to Basilica.

With two EPs to their credit under the Basilica name — 2018’s Orbit Has Ceased and 2019’s Weight — they’re now on the verge of releasing their self-titled debut album on Innerstrength Records. And in advance of that February 5th release we’re now presenting the album’s second single, “Starve“. 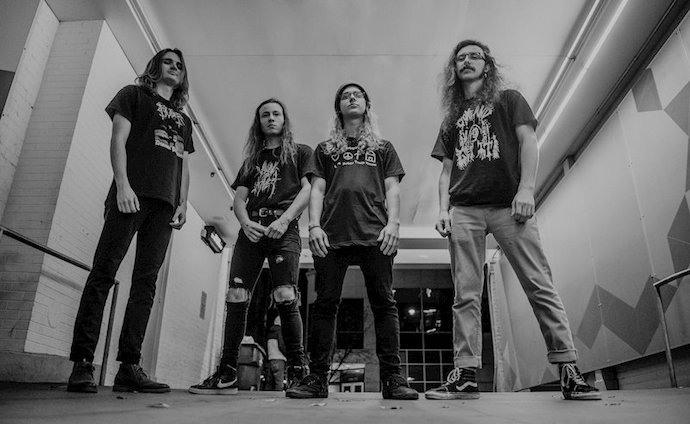 As those names of Basilica’s founding influences suggest, their music incorporates a range of genre styles, even more so on the new album than on their earlier releases. And their songwriting prowess has also taken a big step forward, as “Starve” vividly demonstrates.

The song barely escapes the three-minute mark, but Basilica pack a lot into its concise duration, including one especially surprising sequence. There are riffs galore, from big bone-bruising chugs to blaring chords, from jittery tension-builders to slashing thrashers and vicious seething sensations. Intertwined with all those adrenaline-fueling changes are doses of jaw-breaking groove and spurts of squealing string torture. It’s all anchored by a gut-punching, neck-wrecking drum performance, and given added heat by howling hardcore vocals and belly-deep bellowing. The surprise (which we’re about to spoil) is an otherworldly, mesmerizing guitar instrumental accompanied by a funky bass line and head-moving drum rhythms.

So yeah, there’s a lot going on here, and it all works together to create a song that not only grabs attention the first time, but is a hell of a lot of fun to keep coming back to. 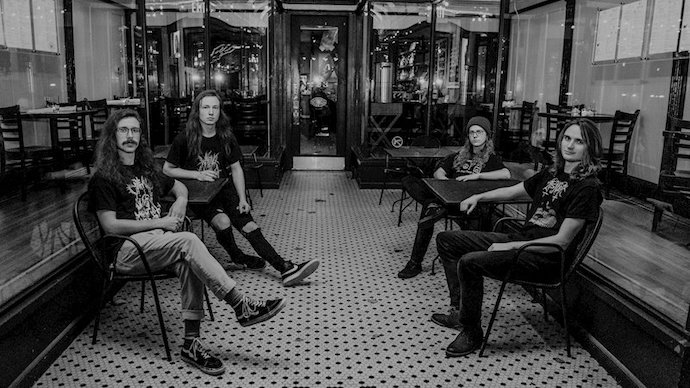 Basilica was recorded at Warrior Sound and features cover art by Adam Yates. As mentioned above, it will be released by Innerstrength Records on February 5th, on CD and digital formats, with apparel. Pre-orders are available now via the link below. Also below you’ll find a video for the album’s first single, “Grinding Teeth“.