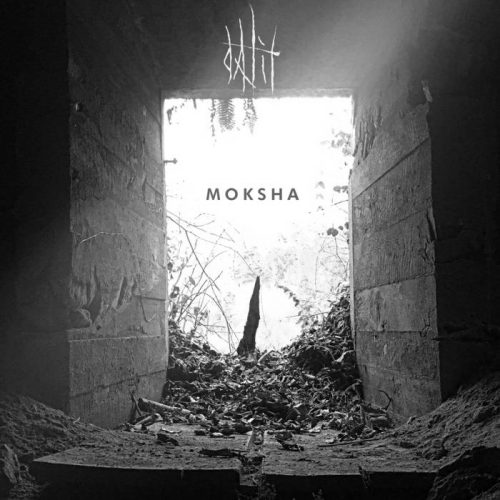 (This is Andy Synn‘s review of the new album by the Norwegian band Dalit, which they released on January 15, 2021.)

Between my day job, writing for NCS, and various bits of ongoing band business, it’s going to be a busy week for me this week, so I’m not going to waste your time (or my own) with a lengthy preamble here.

Let’s just say, instead, that if you’ve ever wondered what a combination of Satyricon and Paradise Lost might sound like, well… you’re about to find out.

Now, obviously, Dalit (who hail from Stavanger, Norway) are more than just a simple mash-up of those two groups… there’s also a fair bit of Katatonia and Antestor in their sound too.

But, more than that, the quartet are very much their own band, with their own voice and vision, and while it’s pretty clear who they could, and should, be compared to, the very fact that they deserve and live up to these comparisons is worthy of praise on its own.

Of course, once the chiming, crystal-clear intro of “Sons of Adam, Daughters of Eve” gives way to a series of doomy chords and groove-heavy guitar lines – over which vocalist/bassist Eirik Hellem snarls and growls some strikingly poetic lyrics – you’ll soon stop caring about the minutiae of who-sounds-like-who and just get swept up in the song’s intricate blending of blackened bite and brooding melancholy as it moves from massive riffs to morose melody (including some truly captivating clean vocals courtesy of Guro Birkeli) and back again.

“The Best of All Possible Worlds” continues to develop this distinctly Norwegian take on the classic Peaceville Doom sound, with its combination of rugged riffs and riveting lead lines channelling the same mix of restrained power and raw emotion which first brought Greg Mackintosh and Aaron Aedy to our collective attention back in the day, giving the song a real Icon/Draconian Times feel to it (in the best possible way), while “Starlight” hits the ground running with the sort of rock-solid riffage and shamelessly infectious, four-to-the-floor grooves that underpinned many of the best (and catchiest) moments of Volcano and Now, Diabolical, only to slowly evolve into something far more sombre and sorrowful as it progresses.

Now, if the rest of the album were as good as these three tracks then we might just have been talking about Moksha as being the first truly “great” album of 2021… however there are a few flaws – not many, but enough to be notable – that prevent it from reaching its full potential.

Don’t get me wrong, the back half (or thereabouts) of the album still delivers several truly killer moments.

“Anthem”, for example, might just be the best, and most moving, song on the entire disc, as well as one of the best tracks Paradise Lost never wrote, while both the haunting, doom-laden first part of “Red” and its heavier, growlier, companion, are as devilishly dark and bleakly melodic as they come.

But it’s hard not to feel that “Hallways of Sadness” doesn’t quite live up to its more impressive predecessors (though not for lack of trying), nor is it easy to shake the lingering sense of “wait, that’s it?” engendered by the unexpectedly blunt conclusion to “Fra Jord til Støv”, an otherwise impeccable piece of grim-faced Doom and grief-laced gloom which, sadly, ends things with a nagging taste of disappointment, rather than fulfilment.

However, none of this should dissuade you from picking up a copy of this album if and when the mood takes you, because it’s still an incredibly poignant and powerful piece of work, rich in resonant melody, raw emotion and rugged riffs, and well worth your time and attention.