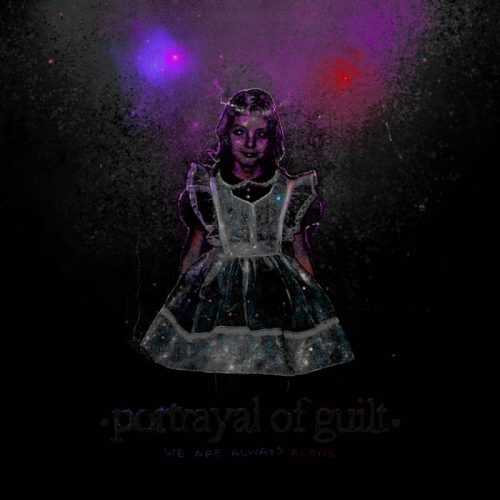 (Here is Andy Synn‘s review of the new album by Portrayal of Guilt from Austin, Texas. The abum was just released by Closed Casket Activities.)

Raise your hands – who here remembers the halcyon days of abrasive, chaotic Hardcore?

You know what I’m talking about. Back when it seemed like half the bands were constantly on the cusp of imploding, and every song felt like a burning fuse about to explode?

Do you recall how it felt? The anger and the anguish. The tension and the terror. The overwhelming sense that anything could happen, at any moment, and everything might spontaneously combust without warning?

Well, my friends, you’re in luck, because those days are back… in PoG form! 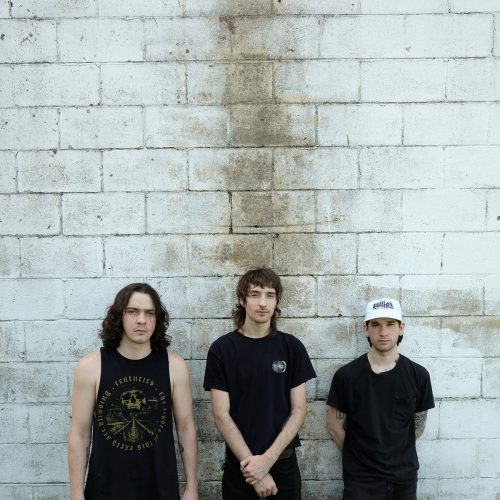 For those unfamiliar with the band, Portrayal of Guilt are a twitchy, anxiety-inducing Hardcore-meets-Grind-meets-Black Metal trio from Austin, Texas whose debut album, Let Pain Be Your Guide, was/is something of a cult-classic that earned a number of glowing reviews as well as several propitious comparisons to bigger names such as Bosse-de-Nage, Full of Hell, and Converge.

Visceral, volatile and spewing venom in all directions, LPBYG was, undeniably (and probably purposefully) a little bit all over the place, but still managed to retain just enough cohesion to stop it all flying apart at the seams… while still feeling like it might do so at any given moment.

The band’s recently-released second album, We Are Always Alone, by contrast, may be a little less feral than its predecessor, but it’s still a wild, whiplash-inducing ride, make no mistake, whose erratic bursts of frenzied ferocity arguably benefit from an increased sense of focus and direction which allows them to land more cleanly and hit that little bit harder.

Of course, there will be those for whom this trade off – sacrificing an ounce of chaos in order to gain a greater measure of control – as a negative, but for me this minor loss is more than balanced out by the record’s darker, more nihilistic, tone, with the Black Metal and Sludge elements taking on an even more prominent role this time around.

That’s not to say that the band have forgotten their roots, however.

During tracks such as “The Second Coming” and “It’s Already Over”, for example, you can still hear those initial Converge comparisons ringing true, although there’s also, to my mind at least, a touch of the frantic, aneurysm-inducing approach of early Eighteen Visions too, while the stripped-down run-time and bare-knuckle belligerence of the album’s nine tracks (several of which don’t even break the two minute barrier) gives the entire record a reassuringly rabid, grindy feel.

The disc’s best moments, however, definitely come when the trio give in to their blackened desires and sludgier impulses, with songs like the heart-stopping “Anesthetized”, the  haunting-yet-harrowing “Masochistic Oath”, and the grisly, gut-wrenching one-two of “They Want Us All to Suffer” and “Garden of Despair” offering a more Lord Mantis-like array of caustic shrieks, ear-scraping riffs, and bowel-loosening bass-lines, coupled here and there with moments of unnerving, drone-like atmospherics.

It’s not a perfect album by any means, but then it feels like too much polish, too much perfection, would rob it of its rough and ragged edge, where every burr and blemish, every bruise and bloodstain, just adds to the record’s raw and reckless character.

And while some of our readers might be put off by the band’s unfiltered approach to violent audio catharsis (I’ve even seen the dreaded “Emo” word bandied about here and there, although I’d describe this record as more “traumatic” than “emotional”), those of you whose brains operate on just the right wavelength will find that Portrayal of Guilt have played their cards just right with this release… and everything’s coming up Milhouse.

4 Responses to “PORTRAYAL OF GUILT: “WE ARE ALWAYS ALONE””