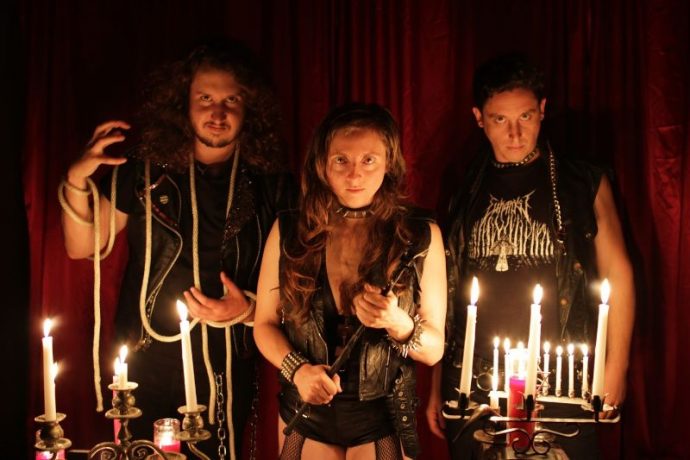 The name of the song is “Vegeta“, and it originally appeared on Beekeeper’s 2017 debut album Slaves To The Nothing. The occasion for the video is to draw attention to the vinyl release of that album by Metal Assault Records, which also plans to release Beekeeper’s second album later this year. 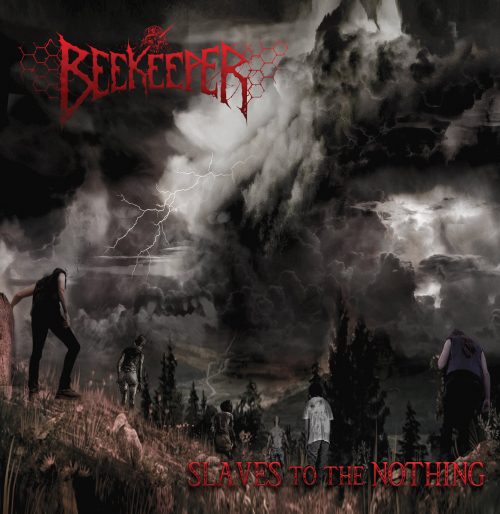 Drawing inspiration from the likes of Slayer’s Show No Mercy and Sepultura’s Arise, as well as the works of Judas Priest and Death, Beekeeper was formed in 2010 by guitarist/vocalist Ally Levine and drummer Dylan Marks, eventually joined by bassist Adam Wollach (Fermentor, Trashaxis). They’ve played a ton of local shows and toured across the U.S. on three occasions, but despite the barriers to doing that imposed by the virus, the band haven’t gone silent. They’ve instead been releasing music videos and play-through videos, started their own video podcast on their YouTube channel, and appeared on many other metal podcasts.

As for the specific song that’s the subject of today’s video premiere, “Vegeta” is definitely an electrifying thrill-ride, but the way in which it progresses and morphs makes it even more gripping and memorable. It transitions from a dreamlike opening sequence that’s moody and mystical into a much heavier and more menacing stage in which the bass undulates, the guitar moans and jabs, and the drums hammer with riveting effect. And from there the band launch into a wild, sinister gallop as the music blares and darts and Levine expels the lyrics with scorching viciousness.

But the changes don’t stop there. The fiery energy of the song persists, but it becomes much darker and more poisonous, and in that change Levine proves that she can seamlessly shift her voice into a witchy wail that gives the song a supernatural aspect. From there the music becomes a crazed fireball of sound, moving like a rapidly veering rocket, accented by gloriously ebullient fretwork acrobatics and lights-out drumming, as well as Levine’s unhinged screams.

You can hear the technical proficiency in the music, and you can appreciate it even more through the split-screen video, which displays both the spidery fretwork agility of Levine and Wollach and the eye-popping progressions and blistering percussive discharges of Marks. Watching the performances does indeed make the experience of the music an even bigger pulse-pounding rush.

As mentioned, Metal Assault is releasing the vinyl edition of Slaves To the Nothing (in variant editions), and it’s also available on CD and digitally, with apparel. Check out the options here (and you’ll also find a full stream of the album just after the links).