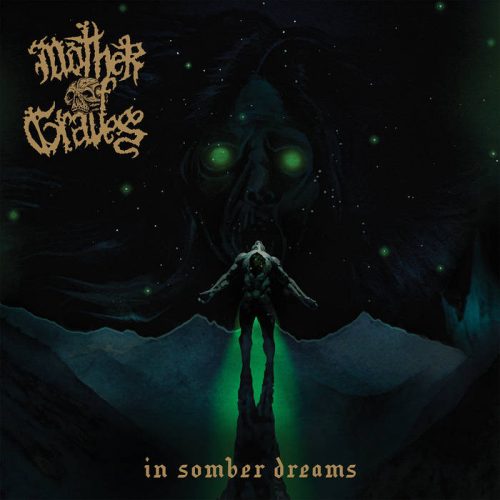 (We present Todd Manning‘s review of the debut EP by the Indiana band Mother of Graves, which was released on January 8th by Wise Blood Records.)

Mother of Graves are not the first band to rise up from tragedy, but the pain and sadness on display on their debut EP, In Somber Dreams, is palpable. The formation of this band came in the wake of the death of a friend and former bandmate, and as founding guitarist Chris Morrison explains, Katatonia’s EP Sounds of Decay became a focal point for channeling his sorrow.

Mother of Graves take their moniker from a Latvian entity that functions as a protector of graves, but much of their inspiration comes from Britain, Katatonia notwithstanding. We are of course referring to the Peaceville 3, i.e., Paradise Lost, Anathema, and My Dying Bride. The early work of these three bands laid the groundwork for the marriage of the violence of Death Metal and the depressive strains of Gothic Rock, and Mother of Graves have learned their lessons well. 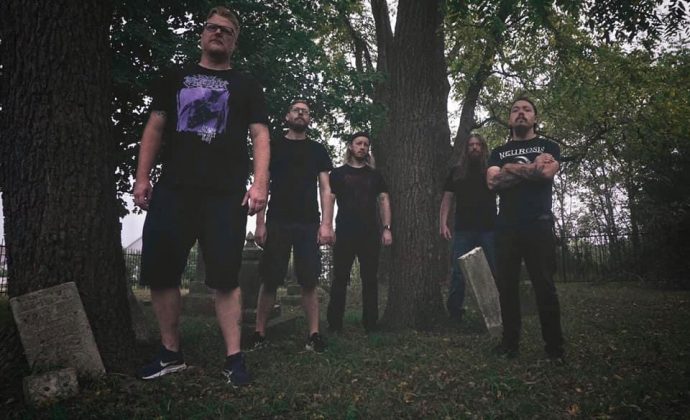 The opening title track sets the stage for what is to come. A heavy guitar riff opens the song, executed at a slow chug, but a Katatonia-ish lead line plays a melody over the top, instantly setting the mood. Then the pace picks up to more of a Rock beat, but Brandon Howe’s growl keeps the proceedings heavy. Before long, they find themselves mired in a punishing Doom riff. The tempos change, eventually climaxing in with an excellent Maiden-ish dual guitar section between Morrison and Ben Sandman, who handles second guitar and bass duties on the release. For all that takes place, the song is well-constructed, never struggling with all the details it contains.

“Nameless Burial” includes many of the same elements as the previous track, but the mood is even more depressed, like a spectral funeral procession across a snowy landscape. The melodies are insanely memorable, yet the song is so heavy. Even the piano that emerges three-quarters of the way through the song fails to detract from the density.

The EP closes with the one-two punch of “The Urn” and “Deliverance”. The former is epic in its ambition, and executed with great precision. This track has both the softest and loudest sections of the release, sounding like a mix between classic Katatonia and early Opeth. The transition between sections just shy of the three-minute mark is absolutely gorgeous. “Deliverance” is a bit more straight-forward in its assault, but still contains enough nuance to fit in perfectly with the rest of the material. There is a clean section in the middle, but it gives way to a truly punishing riff.

Mother of Graves walk a tightrope. Often, lesser bands of this style lack energy, or they are so heavy that the mood is lost. In Somber Dreams is instead very memorable but extremely heavy. The atmosphere and melancholy that drive the band are always close at hand. Let’s hope a full-length is also close at hand.