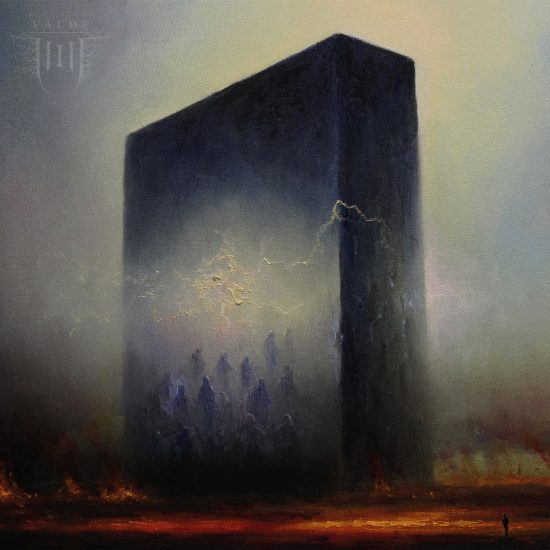 (This is Andy Synn‘s review of the new album by the heavy Swedish band Humanity’s Last Breath, which is set for release by Unique Leader on February 12th.)

In the life cycle of every genre there comes a moment of… let’s call it apotheosis… when the build-up of artistic and creative pressures can no longer be contained, resulting in a sudden evolutionary leap, a genetic divergence, when something new is born.

This does not mean, of course, that the original genre dies out, or ceases to evolve either (the very fact that the most traditional, “old school”, forms of Death, Black, and Thrash continue to exist, create, and proliferate, is proof enough of that), nor is it limited to just one time. But, no matter how long it takes or how hard people try to deny it, delay it, or defeat it, it is always… always… inevitable.

And it seems like, for Deathcore, that moment may almost be upon us. As while Välde may not be the album destined to finally redefine the genre (in all its various forms) for a new generation, the steps it takes to refine it, to distil it into its most essential, elemental form, have no doubt planted the seeds for the next stage of its evolution. 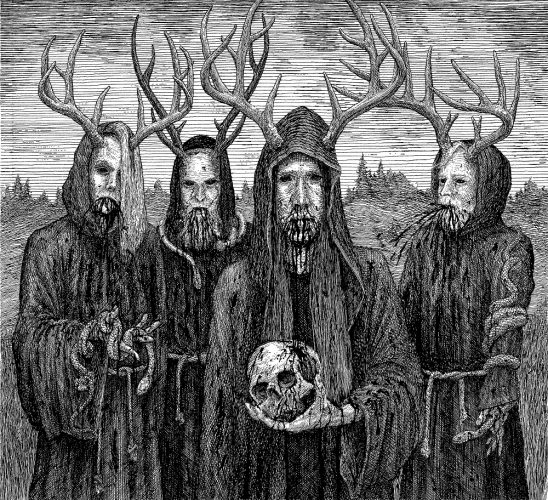 Of course, some would say that the band began laying the groundwork for all this some time ago, culminating in the black-hearted amalgam of aggression and atmosphere that was 2019’s Abyssal, an album which was, for all intents and purposes, the platonic ideal of what Deathcore could be.

But if Abyssal was the epitome of all that the genre could be, then perhaps it’s safe to say that Välde is the band’s attempt to look towards the future, to what the genre could become, an album which consciously rejects many of the traditional tropes and textbook tricks most commonly associated with Deathcore – the banal breakdowns, the puerile posturing, the simplistic songwriting – in favour of an approach that favours texture and tonality as much as punishing physicality.

To an extent this approach actually recalls the dissonant atmospheric density of bands such as Altarage, Cosmovore, and their ilk – albeit coming at things from a slightly different angle – just as much as it does the sheer sonic mass of groups like Black Tongue and Impending Doom, since HLB’s focus is clearly not just on providing momentary, transient thrills but on creating a singular, holistic experience of pure, unadulterated heaviness that transcends barriers and labels.

Naturally, there will be those who probably feel that I’m overhyping this album, and I’m not going to pretend that it’s perfect by any means. After all, at twelve songs and just over fifty-one minutes long it arguably outstays its welcome  (a few painful but judicious cuts would certainly neaten and tighten things up even further), and the running order also seems slightly off at times (failing to end things with the climactic, cinematic outro of “Tide”, in particular, feels like a missed opportunity).

But the truth is that Välde is an album of both incredible intensity and surprising subtlety, whose relentless barrage of gigaton guitars, earth-shaking drums (which, interestingly, sound far more natural and organic here than they did on the last record), and bowel-quaking vocals, also contains a plethora of proggy electronic embellishments, moody clean-sung melodies (reminiscent of someone I can’t quite put my finger on), and subtle symphonic elements, all of which combine to further expand and enhance the band’s singular vision for what Deathcore (if, indeed, that moniker even really fits any more) can be, and could potentially become.

I have no doubt that, despite my best attempts, there will still be those willing to labour under a pre-judged misconception of what Humanity’s Last Breath are all about (and it doesn’t help that a lot of the press and PR surrounding this album has been desperately pushing them as a “Blackened Death Metal” band in a way that, while not entirely inaccurate, is only guaranteed to add to the confusion).

However, the way I look at it is that Välde is firm and undeniable proof, if any were ever needed, that even this most unfairly maligned and misunderstood of genres still has the potential and capacity for growth and change embedded deep within its DNA.

And, as albums as bold, as brutal, and as devastatingly dynamic, as this one become ever more common, it’s really only a matter of time now – perhaps even sooner than you might think – until the inevitable paradigm shift occurs which will elevate this particular style to a whole new level.