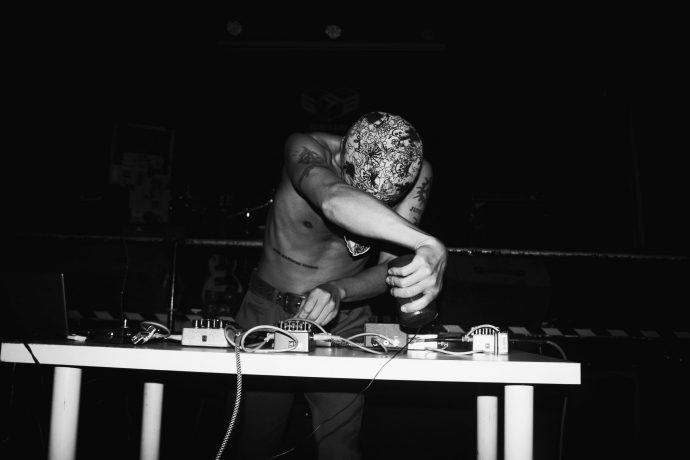 The three musicians presented here are certainly outsiders. Hailing from Beijing, Tianjin, and Shanghai, they prove that no single city is at the forefront of single-handed creative madness in China. It’s omnipresent and on the rise. 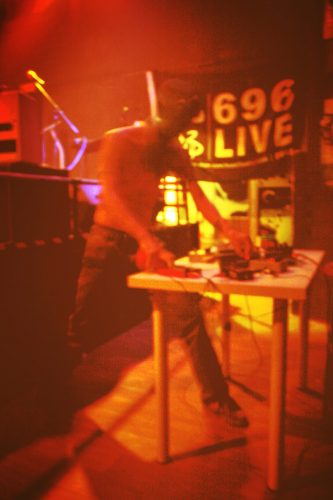 Junjun Cao aka Junky aka Torturing Nurse is a 15-plus-year veteran of the Shanghai scene who produces a form of noise which is as nihilistic as it is harsh. Donning a blue mask on stage and deploying several effects pedals for his arsenal of noise, the live performance is a one-man wrecking crew, with Junky violently thrashing his body around while making sure to stab eardrums with his distorted rips, tears, and punctures.

The sound of Torturing Nurse is inherently aggressive, mimicking the constant cacophony of human-created racket in the megalopolis of Shanghai. His live show is a short, but sweet, free-for-all of expressive art, and Junky encourages audience members to twist the knobs on his soundboards after thrashing about the room in a daze. “The performances allow me to be free.” 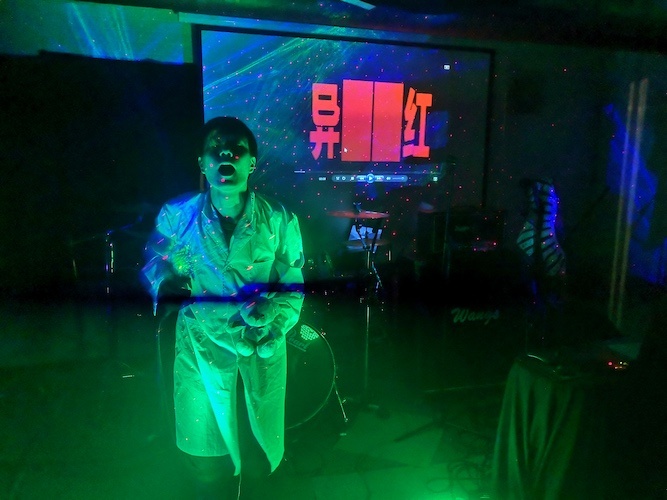 Donning a lab coat on stage, and carrying props like teddy bears, candles, and sci-fi influenced lighting, Beijing’s Borrow the Sound is a metal-influenced mad scientist of industrial. While playing live, a video screen behind him displays lyrical phrases related to social discontent. He painfully screams his strife to the audience while the music itself consists of harsh electronics. Later, with candles lit and a chime in hand, the music slows down to a lurch and he resembles a Daoshi as he starts to first hit the chime and then pray in front of the candles.

The Hyde of electronic music, he, like Torturing Nurse, has found a home being booked with metal bands. Some fans may seem confused, but others scream along with him, overjoyed with the results of this noisy experiment with borrowed sounds. (Some of the music can be streamed here if you scroll down, and videos can be accessed via the first link below.) 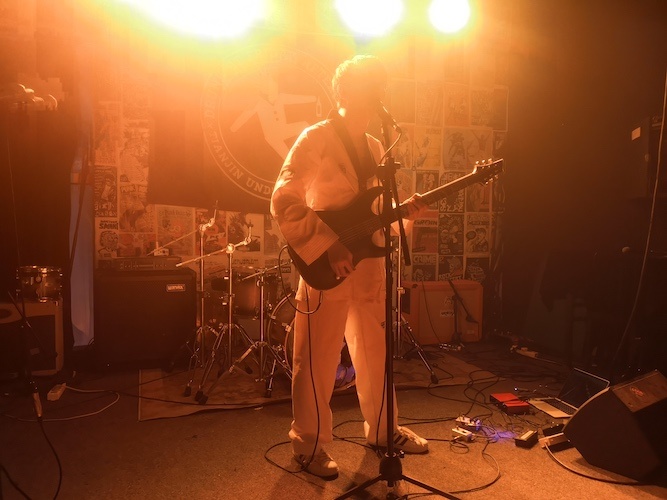 Goregrind isn’t the first thing that comes to mind when you think of Tianjin. A gray, metropolitan port city, its claim to fame in the past decade was the massive explosion which happened at one of the factories in the Binhai area. Well, there has also been a musical explosion in the city along with that literal one.

One Response to “THE INSANITY OF ONE-MAN BANDS IN CHINA”