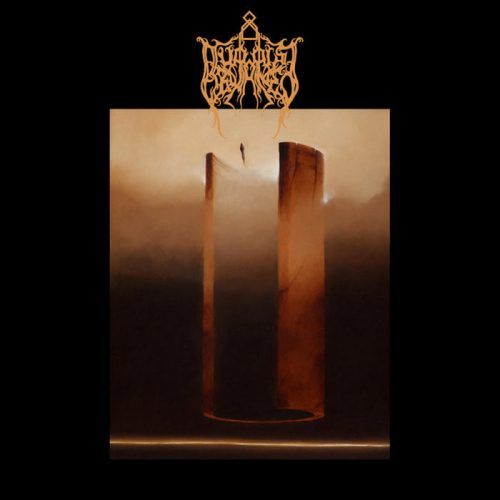 “…Memory fades and time seems to stretch into a slow infinity, an emotional or existential dissociation, a mind/body separation, a disappearance of individuality into an undifferentiated mass… Like a post apocalyptic world suspended in an ethereal silence.” 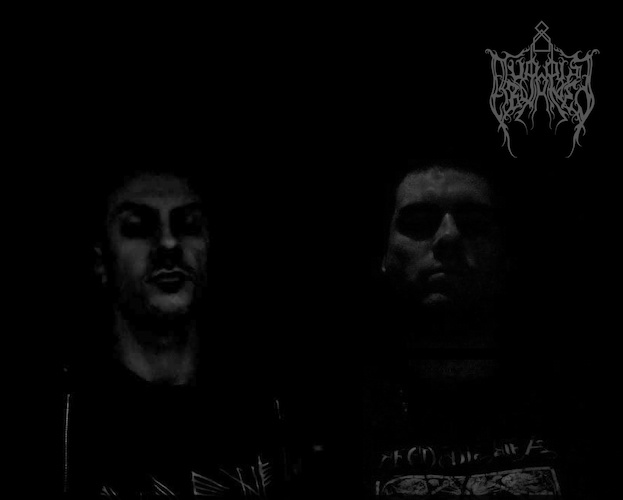 The first song from the EP released for listening is in accord with those disturbing sentiments. That song’s title is “Cotard Delusion“, and a bit of googling reveals that the name refers to a rare condition (also known as “walking corpse syndrome”) marked by the false belief that you or your body parts are dead, dying, or don’t exist, and usually occurs with severe depression and psychotic disorders. Research further reveals that one of the main symptoms of Cotard delusion is nihilism, the belief that nothing has any value or meaning, or that nothing (including the sufferer) really exists at all.

That first-released song, “Cotard Delusion“, is bizarre — but also irresistibly electrifying. The duo display remarkable technical virtuosity, but use it for mind-warping ends. The music is an immediate torrent of massive, bone-grinding bass, sheets of roiling, dissonant guitar, bursts of maniacal drumming, and an amalgam of guttural roars and flesh-threshing screams. It further includes tinkling piano keys, blaring riff frenzies, skittering insectile fretwork, rapidly jackhammering grooves, unstable tempos, and chilling tremolo’d chords that create a sensation of plague and suppurating rot. All of this combines to create a brain-boggling miasma of madness.

As is obvious from the title of this post, we’re bringing you a second track from the EP today. This one is named “Malachite Mountains“, and it is is at least as deranged and thrilling as the first advance track. It features intricate interplay between the bass and the drums, and braying guitar eruptions that sound almost like a fractured horn fanfare. All the moving parts are constantly in motion, though the drum rhythms occasionally create hammering, head-moving patterns, and the bubbling, burbling bass is a fascination all by itself. There might be a saxophone going wild (or something that sounds like it), and nearer the end, the blurting guitar sounds moan and wail in misery before transforming into a mutated gibbering sensation above a thrusting bass pulse and a blistering drum discharge.

To repeat — utterly fascinating. And these are just two of the four songs. One of the others includes a classical guitar performance by Pietro Rodeghiero, because why the hell not?