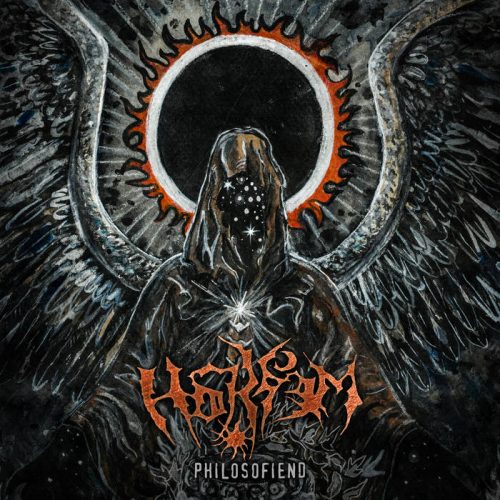 Almost one year to the day after our last premiere for Haissem, we welcome the return of this Ukrainian project with yet another premiere, leading the way toward the release of Haissem‘s newest album, Philosofiend, on March 27th (by Satanath Records and Exhumed Records).

The solo work of Andrey V. Tollock, sometimes accompanied by session musicians, Haissem has been a prolific creator — Philosofiend is the fifth album since 2016. And along the way the band’s musical interests have evolved, now creating a hybrid of melodic black metal and melodic death metal, with elements of thrash occasionally in the mix. And whereas the immediately preceding album Kuhagahn Tyyn (which was the source of our 2020 premiere) used synthesizers and guest musicians to create an atmospheric experience, the new record is more sharp-edged and aggressive — but not without its appealing melodic accents. 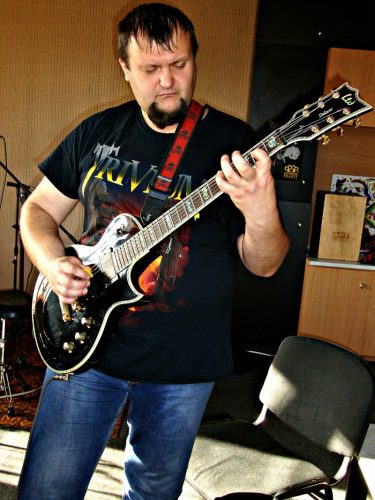 The song we present today, “An Inspiration For My Inner Carnifex“, is a convincing sign of these adjustments. Though the words in the video are scorching in their furious vehemence (and delivered in a voice that is itself scorching), the music is a varying experience. The rhythmic variations are driven by a prominent, vibrant, but hefty bass and by potent drum patterns that switch from blasting snare and double-kick thunder to hammering stomps and head-moving back-beats.

And while the riffing discharges its fair share of dense, grinding cruelty and swarming savagery (in keeping with the lyrical themes), it also changes, with the changes underscored by the melodic leads. And thus, as it unfolds, the song reveals episodes of apparent ecstasy through darting and dancing harmonies and swirls of fiery feverishness. Everything is still coated with the griminess of distortion, but the vitality of the flickering and soaring leads still shines through and adds a different dimension to the ravaging barbarism.

Satanath and Exhumed Records strongly recommend Philosofiend for fans of early In Flames, Old Man’s Child, and fans of aggressive and melodic music in general. The album was recorded, mixed, and mastered at Vetkin Records Studio, and it includes session backing vocals by Adam Seven and artwork by Mary Kankava (Hellcatfairyart), with layout by Aleksey Satanath.

The album is being offered on CD with Pit-Art in a jewel box with an 8-page booklet. Pre-order info can be found below, along with the track-list and a stream of the previously released track “Archetype of Malice”, which is a free download at Bandcamp.