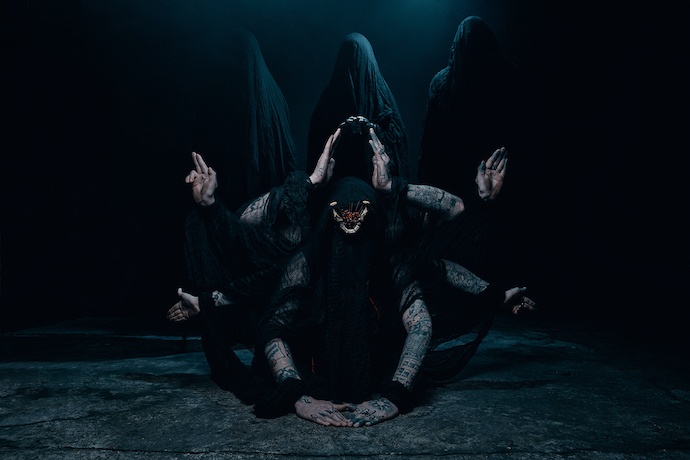 The Maryland band Nixil have embraced, and luxuriated in, an alchemical approach to black metal on their debut album All Knots Untied. Formed by past or current members of Spectral Tombs, Tsepesch, Dagger Moon, and Corpse Light, this foursome reveal a spectrum of stylistic influences that (as the advance press correctly reports) might remind listeners “of the weirder side of Mayhem, the atmospheric expansiveness of French avant garde black metal a la Blut Aus Nord or Glorior Belli, and the moody, gothic depression of Bethlehem“.

Envisioned as “a manifestation of chaos, rage, strength, and despair” in the midst of “a toxic and crumbling world”, the album is a serious-minded but adventurous channeling of such sensations, though it’s not without infiltrations of the occult and the psychedelic as well.

We have a fine example of Nixil’s multi-faceted approach to the black arts in the song we’re presenting today, “May This Flame Flicker Out“, via a beautifully made video. 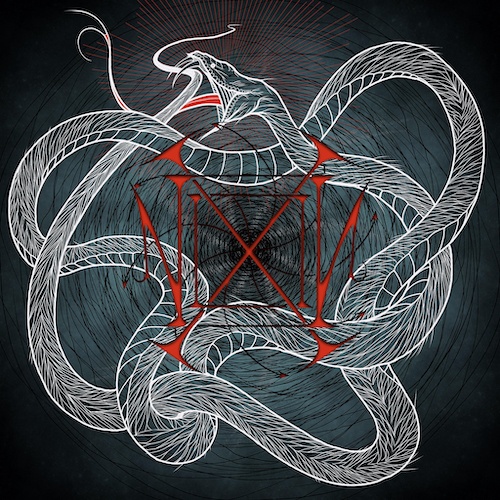 This is a palpably sinister and unsettling song that’s ominous and eerie at first, but it’s also a diabolically kaleidoscopic one. As the vocalist expels the lyrics in the barbed-wire shrieks of an enraged goblin, the music repeatedly changes, delivering beleaguered slithering melodies backed by skull-busting drum strikes and ominous fanfares of sound over vehement pounding percussion, but also veering into paroxysms of blasting and unhinged riff-fever, as well as head-long rhythmic gallops and bursts of jabbing, head-moving, heavy metal chords laced with skittering leads and gut-punching bass tones.

There’s an eerie, disturbing, and sometimes desolate quality to the squirming and rapidly-vibrating melodic accents, but what began as something menacing and supernatural builds to a glorious convulsion… before ending in moody softness.

Nixil will release All Knots Untied on March 5th. It was recorded and mixed by J. Robbins (Clutch, The Sword) and mastered by James Plotkin (SunnO))), Thou, Electric Wizard). It’s available for pre-order now, and below we’re also including the previously released song and video, “Deaths of Our Own Design“, as well as today’s premiere.