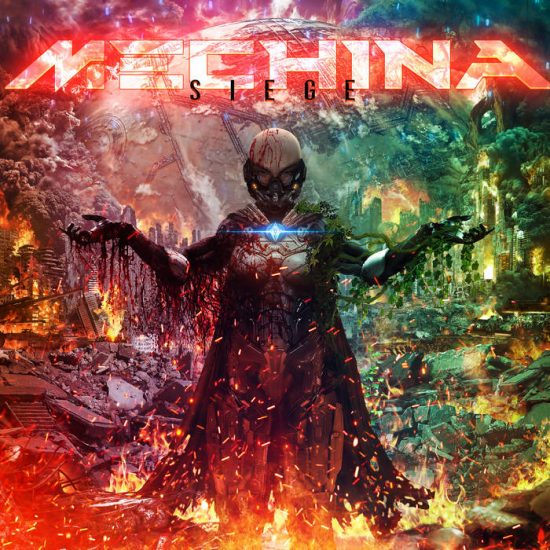 (We present the third installment from an avalanche of four reviews that DGR delivered unto us earlier this week, and today’s edition focuses on the newest album by Illinois-based Mechina, which was released on January 1st.)

I did not review Mechina’s 2019 album Telesterion for this here website. This is something that bothered me for a lot longer than I expected. All the way into mid-2020 I was swearing up and down I would do a 2019 archive of stuff I had come to super-late, but truth be told that was always only part of the reason why it never got a deep-dive here, despite my continued insistence of enjoying nearly everything the band have done.

The main driver behind that decision actually came down to the simple fact that Telesterion is a completely different style of album from previous Mechina works, and in some ways that disc served as a foray into newer sounds for them. It’s the first time when the project fully leaned into its conceptual side and you had vocalists playing characters within songs, and thus the characters sang about certain of the events being described. 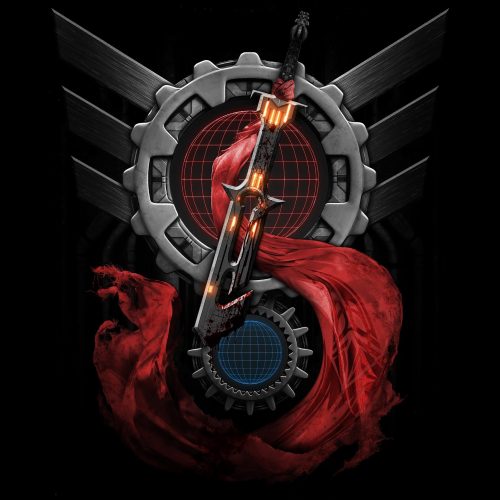 The universe that Mechina has crafted has become one driven largely by female characters, and thus vocalist Mel Rose became a bigger part of the overall formula, and because she has a wonderful voice, Mechina’s music revolved more and more around clean singing. So while the group’s continuing sci-fi extravaganza continued to be enjoyable, it’s also where Mechina and I found ourselves on different paths. It’s a decision I understand as well, because the songs that I have thought worked best for them in recent years have been the heavier tracks that then had Mel singing over the top of them – the most succesful in worming into my brain have been songs like “The Horizon Effect” and “Division Through Distance”.

I think that by reviewing the group’s newest release – now back on the band’s first of January release schedule – I’m actually reviewing both, because what Telesterion started only finds itself expanded upon with Siege, such that most of the album is bereft of harsh vocals but is instead crafted around a whirling array of electronics, heavy groove, and gorgeous vocal sections.

If the long-winded intro didn’t tip you off, then let’s just-flat out state it: Siege is almost entirely clean-sung, with Mechina embracing a sort of two-pronged vocal approach, more often than not female-led, with one really heavy song dead center in the release.

If you were to ask me what my favorite albums are out of the group, I’d go for Acheron, Empyrean, and Xenon immediately. Xenon was an almost single-mindedly heavy take on the band’s sound at the time, as they were still navigating the waters between a symphonic death, industrial, and djent hybrid, whereas Empyrean is where Mechina really planted their flag. Acheron, for all of its bloat, was a hugely ambitious album that largely laid the seeds for the garden the band have inhabited for an increasing number of discs.

All three, however, share a similarity in that they have a few massive and adventurous epic songs within their track-lists that go through so many movements that they become near overwhelming. That’s tapered off a bit, in favor of something more relaxed and composed. You’ll note by looking at Siege‘s tracks that there are still long songs present, but for the most part it’s because they’re slower moving. A little less hyperactive; a little more focused on one overarching theme. And truth be told, Mechina have a story to tell – sometimes to the detriment of their own lyrics.

Since we’ve now established that we’re in the world of the lush and textured, let’s talk about the eight songs present on Siege. Two of them are close to the four-minute mark, and the previously mentioned heaviest one (on a relative scale, it’s kind of traditional Mechina heavy) is almost seven. That means the rest of Siege’s hour-plus run time is made up of songs that range between eight and eleven minutes. You’d glance at that and might think they were doom songs, but in actuality they’re multi-layered journeys into the world of symphonic backing and dual-voiced singing.

Both of Mechina‘s vocalists find themselves embodying different characters this time, with Mel placed in the spotlight most of the time. Since much of Siege is telling the story of war and destruction – offering other perspectives on now well-established events within Mechina’s own fiction – you now have the ability to say that you think some of the best songs here have names like “Claw At The Dirt” and “Blood Feud Erotica”. In actuality, the last three songs (which include those two and occupy nearly thirty minutes of Siege’s runtime) are some of the highlights of this latest release, not only summing up the disc as a whole but also offering an excellent snapshot of where Mechina’s head currently is.

“Claw At The Dirt” largely rides the high established by the song before it, the titular “Siege”. “Siege” is the crusher of the album, made of massive grooves and a harsh vocal attack provided by Anna of the Russian industrial/death hybrid Conflict. “Siege” is also where some of the more angular grooves and story-as-lyrics collide, resulting in a few awkward-seeming vocal patterns in between each hammering passage. However, arriving after the album’s opening songs, which seem to drift between heavier segments and beautiful electronics passages, “Siege” makes an impact like an asteroid striking a planet.

“Claw At The Dirt” picks up after, building from the ashes left behind by that impact and slowly steering the disc back toward the dual-voiced, sailing-through-space that the first couple of songs on Siege evoke. Given that it has nine and a half minutes to work with, it’s an oddly relaxing comedown given that it’s still got a lot of trademark Mechina chug within that run time. “Blood Feud Erotica”, meanwhile, plays out as a vocal showpiece with both of the Mechina vocalists really showing off their raw talent, helped by some fun vocal distortion and electronics at times to make things sound robotic. “Freedom Foregone”, despite its eleven-minute length, feels like no time passes at all due to multiple lyrical hooks that have an uncanny ability to get stuck in your head. The closing vocal lines are dangerous for that, and I found that I was constantly humming the final utterances of the song’s title due to the strength of the melody behind it.

Mechina have spent a few albums heading in this direction, but Siege is the most fully realized version of it. While it may seem like a sudden turn for the band, the epic-length songs that were chock-full of clean singing on 2019’s Telesterion proved to be a signal of what was to come. Mechina are an entirely different beast here and it’s an interesting turn. Siege isn’t what I traditionally came to Mechina for, but I’d also be lying if I said that I didn’t think these are still some expertly crafted songs. They run a little on the long side and Mechina still struggle a bit to justify those extra-long song lengths, but the three-piece have gotten shockingly good at making these excellent soundscapes. The songs on Siege sound like the cover art looks, which lines up with the story Mechina have slowly been hammering away at. They sound like the sci-fi world they’ve created, which is something not a lot of bands can claim to be able to do without a whole smorgasbord of qualifiers before it.

What does the future hold for the band? I’m not sure. I would love to see this story get a kick in the rear and go high-speed destruction again, but I’m also curious to see where exactly the band take their planetary warfare next – especially given that we’ve all been trapped inside with nowhere to go for a year.