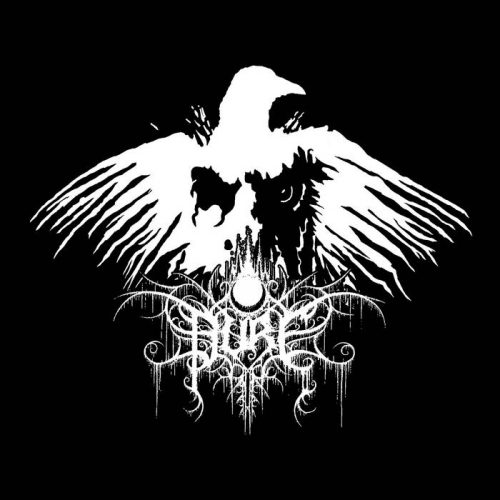 The prolific Swiss artist Bornyhake Ormenos has assumed many musical guises in a career that now spans more than two decades — more than 25 past and current bands and projects according to Metal-Archives, including Borgne, Enoid, Ancient Moon, My Death Belongs To You, and The Path Of Memory. One of those projects is Pure, a solo black metal endeavor that was born during 2013 as a result of “a tormenting and egregious experience painfully born” by Bornyhake.

Since then Pure has released four albums, and now a fifth one is on the way, following the last by roughly four years. Entitled Seeds of Despair, it will be co-released on March 30th by Satanath Records and Obscure Abhorrence Productions. It is described on behalf of the labels as music “for loners and secluded people who have the habit to follow the mind-stultifying smoke to some ineffable fields close to Judas Iscariot, Horna, Gorgoroth, and Lifelover…” And today we present one of the new songs, fittingly named “The Boundary Between Light and Shadow“. 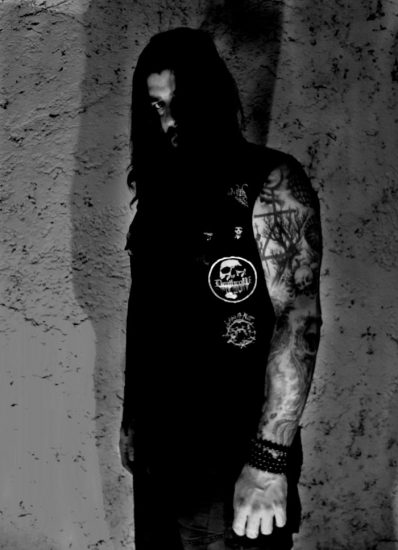 The moods channeled by the song are dark and depressive, but the ways in which those feelings are kindled, and then blaze, are gripping. Its principal momentum is fueled by rapidly hammering drums and thrusting bass, coupled with absolutely incinerating screams (which later turn into a deep and ominous recital). Surrounding all this in an all-enveloping way are raw, wailing guitar harmonies that are abrasive to the mind but also shine like a celestial phenomenon, and their sound is somehow both despairing and electrifying (and maybe even resilient).

Those immersive vibrating melodies become captivating despite how disturbing they are. The drum rhythm ultimately changes to a kind of frantic skipping cadence, allowing the bass to surface even more prominently, and the riffing eventually becomes more grim and desolate in its sound, just in time for a guitar solo to quiver and contort like a supernatural manifestation. The intensity of the music never really relents, but only seems to follow an ever-upward, spine-tingling trajectory — until near the end, when the rhythm section vanishes and the twin guitars sink into an anguished isolation.

Seeds of Despair was recorded and mixed at Chaos Studio by Bornyhake. The drums were performed and recorded by Krzysztof Klingbein. The album features artwork by Bornyhake and layout by Jane Orpheus. More info can be fond below, along with a stream of “Expressionless Eyes, Shattered Bones”, which is a free download from the album at Bandcamp