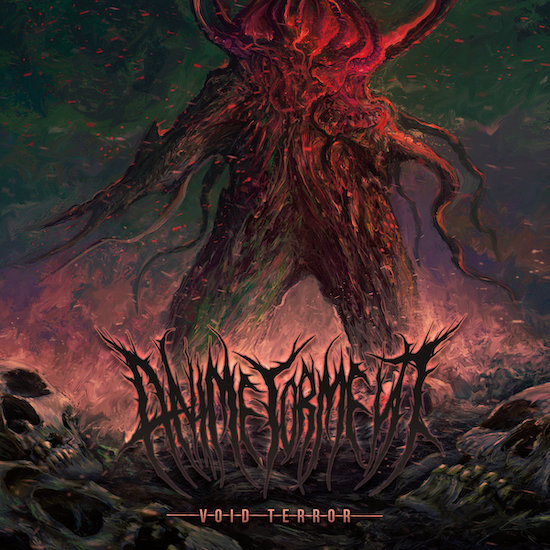 Whatever you might guess about the sounds of a band who chose a name like Anime Torment, we can assure you that their brand of death metal is ruthlessly devoted to brutalizing savagery. The horrifying cover art created by Erskine Designs for this Czech band’s new EP Void Terror might be a better tip-off to the crazed slaughtering and bone-smashing cruelty the EP inflicts upon listeners.

That EP is set for release on February 25th by Slovak Metal Army, but you’ll have a chance today to run yourselves through its gauntlet via our early stream of all six songs. 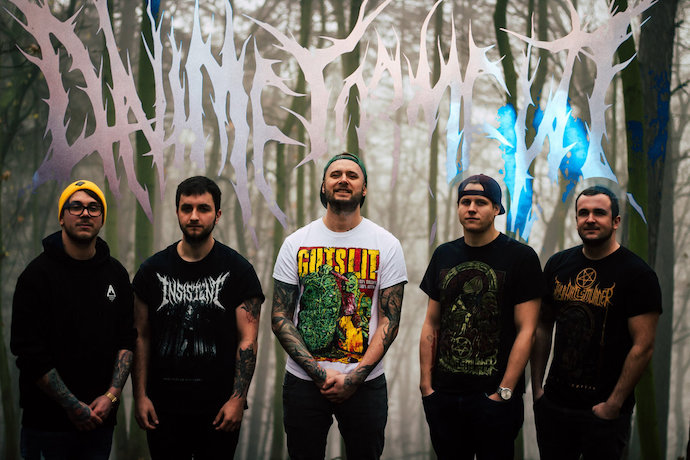 Void Terror is the follow-up to Anime Torment‘s preceding two studio albums, Deathwish (2012) and Afterlife (2017), and a previous EP named Sakura (2011), and also builds upon the experience gained by the band through extensive European touring and festival appearances.

You should be forewarned that the ferocity of the music on Void Terror is unrelenting. There are no “atmospheric” ambient breaks, no segues into softer sounds, and nothing that could be said to create any sense of hope. You’ll get a quick understanding of this through the EP opener “Easy Prey”, which discharges pummeling drumwork and vicious boiling tremolo’d riffing that rises in a semblance of quivering dementia, coupled with gargantuan roars, livid howls, and maniacal, gagging screams. But the band do find way to change things up, even if they show no mercy, punctuating the song with bomb-like percussive detonations and hammering atonal chords, and diminishing the pace to a crawl, bringing the music into more oppressive, doom-stricken territory.

The other songs on the EP likewise include fast and frequent tempo changes as well as mood alterations. It’s just that the moods are always pitch-black, whether it be the feeling of grim cruelty (which elevates into violent madness) within the title track, or the sensations of misery that occasionally ooze through “Lure” and “Witching Hour”. “Veil of Darkness” is enlivened by soaring, fire-bright melodic accents, but those also sound frightening, and they’re coupled with moments of hopeless desolation.

Yet what doesn’t change is the band’s penchant for loading almost all the tracks with doses of demented fretwork feverishness and pile-driving punishment, combining ravaging, berserker assaults with bludgeoning brutality. And the band end this EP’s assault in fine fashion with “Midnight Ritual”, which might be the most unhinged track on the EP, but also one whose jolting grooves are made for headbanging. And don’t be surprised if the flickering, devilish lead in that song gets stuck in your head. 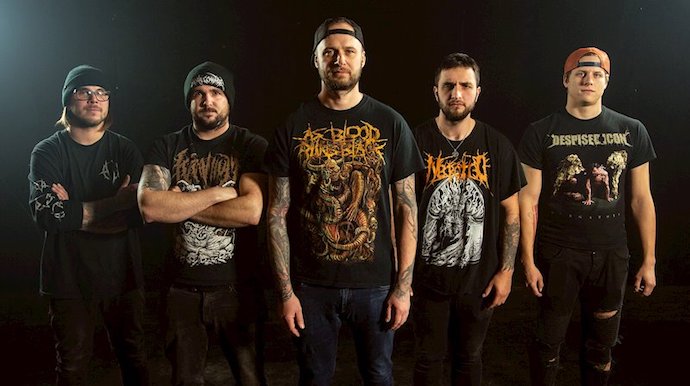