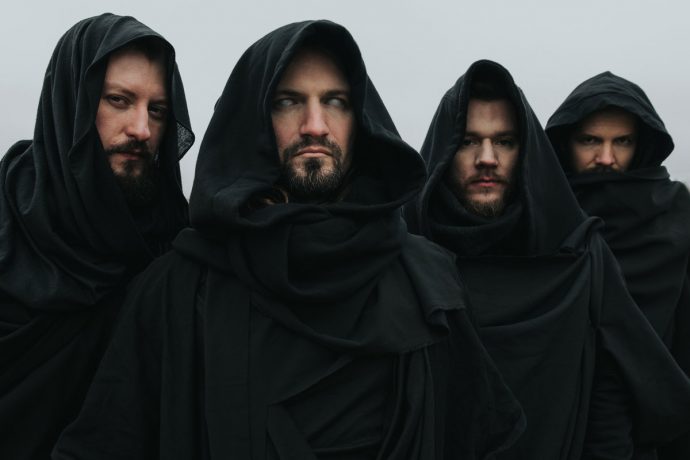 So, since the band’s fourth album is set for release on Friday, now seems like the perfect time to try and get to grips with their discography, whose hypnotically heavy vibes and ritualistic rhythms blend proggy Doom and doomy Post-Metal influences with a dose of Sludge-soaked swagger and a dash of gritty Grunge to provide a tasty helping of what I’ve decided to dub “Progressive Post-Doom”. 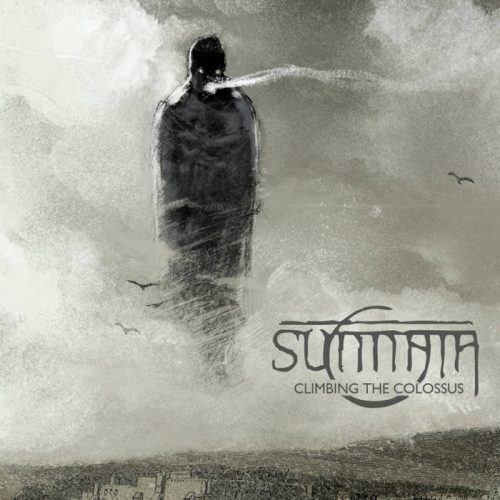 The group’s debut is easily their most direct release, and you can still hear traces of their Stoner Rock roots here and there, especially during several of the fuzzier, riffier numbers, although that doesn’t mean their proggier ambitions aren’t also on full display.

All this is immediately clear on “Orcan” – which has some serious rock to its booming riffs and some swaggering roll to its doomy rhythms – as well as its grungier, groovier, companion, “Asteroid”, as while both deliver some impressive stomp and swing they also possess a touch of prog-minded ambience which recalls, in parts, the multi-dimensional approach of Mastodon (the multiple intertwining vocal parts and wicked, wah-inflected leads of the latter especially).

The album’s fifth track, “Seven” (which, just to add to your confusion, is actually only its third full song due to the band’s use of various instrumental/ambient interludes to break up the album), marks a more conscious shift towards a more psychedelic Doom mode, with its shimmering, slow-motion riffs, pulsing percussive patterns, and rugged, ragged-edged vocal melodies.

That being said, the next number, “Path”, is built around the sort of massive, instantly infectious, main riff that Matt Pike (Sleep/High On Fire) would probably roll up and smoke if he could. And while it’s designed more to wreck your neck than free your mind, that doesn’t mean it’s not afraid to get a little freaky too, especially as those slinky, serpentine bass-lines slither their way into your ears.

And speaking of bass, the nimble, fluid-fingered bass-work of Michał Dobrzański is undeniably the driving force of “Stalagmites”, laying down a dense, dynamic canvas for the rest of the band to splatter with waves of chunky distortion and strokes of proggy percussion.

“Monolith” then kicks in with a suitably monolithic main riff before dropping into a rippling groove that recalls early Tool, the two sides trading off for several minutes before the second half of the track switches things up for a heavier, harder-edged approach reminiscent of a grungier Neurosis.

And then there’s “Fomalhaut”, the album’s final “full” track, which showcases a darker, denser, and doomier approach which, nevertheless, remains laced with moody, mind-altering melodies and catchy, characteristically varied vocals.

It’s both the best and longest song on the album and indicates the moment where the band truly began to slough off the remnants of their old life and grow into their new skin. 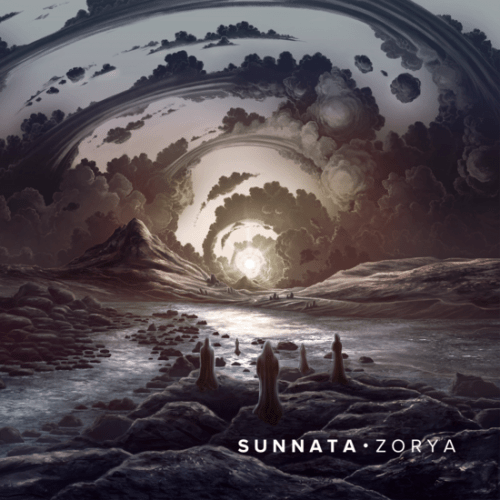 Building on the darker, doomier vibe with which they closed their last album, Zorya is a heavier, harder-hitting, and much more brooding, beast.

In fact it’s probably/arguably the heaviest album in the band’s back-catalogue, erring more than ever towards the crushing weight and dense atmosphere of bands like Conan and Cough, as demonstrated by colossal opener “Beasts of Prey” whose monstrous metallic riffs and ponderous, pounding percussion combine to give the track an almost palpable, physical presence.

Nevertheless, while the band have undeniably cranked up the Sludge and Doom dials significantly this time around, they haven’t neglected the melodic side of things, and “Beasts…” is still infused with multiple threads of transcendental melody, all woven together into a dynamic, (third) eye-opening rise and fall between soothing calm qne scorching catharsis which builds towards an enviably proggy and cinematic only to then give way, right at the end, to a climactic cacophony of rampant riffosity and frantic intensity.

The title track finds Sunnata doing their best impression of a fuzz-fuelled jam session between Yob, High On Fire, and Alice In Chains, but never breaking character once even as they reel off wave after wave of groove-heavy guitars, bone-rattling bass, and eerily infectious vocals, after which “Long Gone” ups the prog quotient and increases the energy levels significantly, resulting in a track which successfully fuses the multi-dimensional vocal melodies of Crack the Skye-era Mastodon and the eerie Drone-Doom dynamism of Dark Buddha Rising with the frenetic forward momentum of Kylesa while still marking everything with the band’s instantly recognisable and unmistakeable sonic signature.

Despite being just over ten minutes in length (did I mention that four out of the album’s five tracks are that long?) “New Horizon” is ridiculously catchy – borderline hypnotic at times – with a more blatantly Post-Metal feel to its gargantuan, groove-laden guitars and cosmic background ambience, after which, last (but by no means least) the band delve into even deeper into the doomy waters with titanic ten-minute closer “Again and Against”, whose marriage of booming, Body Void style riffs and back-breaking, bowel-loosening bass lines – all topped off with some seriously vivid and impressively visceral vocals – ends the album on a natural high. 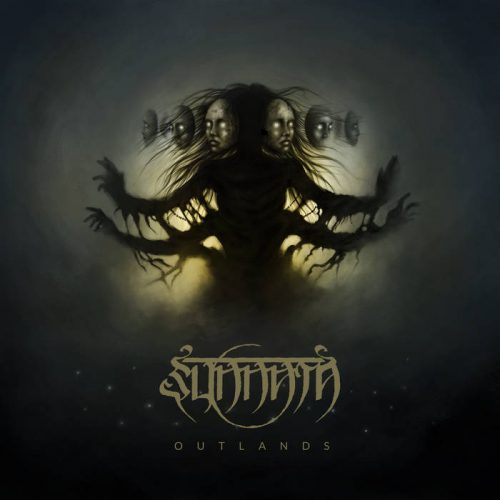 Picking up on the proggier proclivities hinted at by its predecessor, Outlands (wisely) doesn’t try to replicate the doom-laden immensity of Zorya and instead pivots in a moodier, more melodramatic direction that plays up those mid-period Mastodon comparisons (especially during the album’s more photo-realistic moments) without abandoning the core of the bands sound.

Following a short ambient intro, “Lucid Dream” unfolds slowly and patiently from its stripped-back, yet subtly psychedelic, beginnings (replete with some simmering, cyclical bass work and a series of hypnotically repetitive vocal hooks) into a proggy powerhouse of booming riffs and brooding atmosphere that sits somewhere between the grungier end of Tool and the groovier side of Cult of Luna.

There’s a touch of Burst to the underlying tension which powers “Scars”, which constantly feels like it’s on the edge of bursting at the seams with frantic, barely-repressed anxiety. And yet, for just under five minutes, the band exercise an almost infuriating level of restraint, drawing out the suspense, minute by minute… until the song (and the audience) finally finds release in one final bout of climactic catharsis.

The title track is seven-and-a-half minutes of ritualistic rhythms and melodic mesmerism which builds, Isis-style, towards a moment of pulse-raising Post-Doom ecstasy that hits even harder precisely because the band had the intelligence, and the patience, to hold off as long as possible, after which the psychotropic, kaleidoscopic Prog-Doom of “The Ascender” returns to the more Yob-esque sound the band have used on previous records, with a major emphasis on lurching riffs and luminous bass lines, as well as some impressive dialogue between Szymon Ewertowski’s crooning cleans and gravelly, pseudo-melodic growl.

The first half of “Gordian Knot” finds the band channelling the eclectic electricity of fellow post-genre blenders Ghost Brigade, while the back-half recalls a more introverted and reverential version of Alice In Chains (a combination which, somehow, they make work) after which – following the distorted ambience of the relatively inconsequential interlude track, “Falling” –  the twelve-and-a-half minute monument to the band’s outsized artistic vision that is “Hollow Kingdom” hits many of the same cinematic, story-telling beats that Dvne did on their equally masterful Asheran, albeit in an altogether doomier and even more mesmerising manner.

Lastly the wholly instrumental finale of “Ayahuasca” takes you on one last trip to the outer limits of your inner self, a journey whose shamanistic sounds and slow-burn, tribal rhythms are as addictive as they are atmospheric, and absolutely laced with acid-drenched ambience. 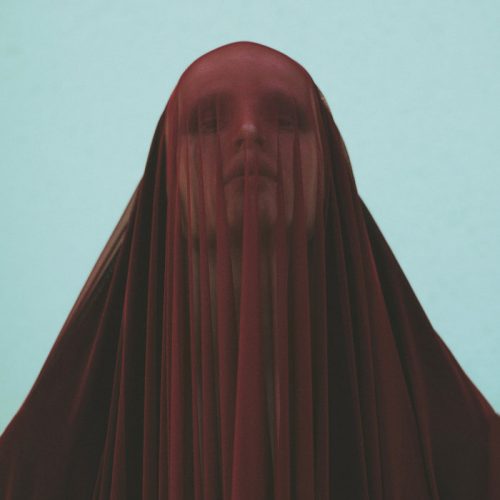 Having listened to the band’s fourth album many, many times now, it occurs to me that it could well be their most divisive release yet.

Not because it’s not good. It’s pretty fantastic, in fact. But because, whereas each of their previous releases had its own sort of “niche” – the first one was grungier and groovier, the second was a hell of a lot doomier, and the third preferred an altogether proggier approach – Burning In Heaven… honestly doesn’t fit anywhere as neatly into any particular category.

And while this means that certain audiences may find it a little harder to get to grips with, this might be offset by the fact that the band’s sound is even smoother and more cohesive this time around, with a more seamless sense of ebb and flow, as well as a much more prominent and powerful vocal performance, all of which can be found in the flawless blend of grungy melody, proggy ambience, doomy intensity, and post-metallic riffosity that makes up opener “Crows”.

The utterly mesmerising strains of “God Emperor of Dune” (which I really should re-read at some point) should appeal as much to fans of the drone-fuelled drama of Dark Buddha Rising as those in love with the cinematic soundscapes of Dvne or the more melodic sound of latter-day Isis, and the song is guaranteed to haunt your dreams for a good long while afterwards, even as the unexpectedly upbeat swagger of “A Million Lives” kicks your brain back into wakefulness with its mix of primal energy, viral melody, and transfixing tribal rhythms.

The scorched-earth slow-burn of “Black Serpent” and its post-apocalyptic Prog-Doom immediately develops a uniquely hazy and hallucinogenic ambience – all pulsing bass, lilting vocal harmonies, and soft, rippling drum patterns – which is occasionally punctuated (or perhaps “shattered” might be the better word) here and there by sudden spasms of fuzzy, full-force distortion, as well as the occasional existential freak-out, after which the tense, Tool-meets-Neurosis approach of “Völva (The Seeress)” successfully conjures an atmosphere of both simmering dread and shimmering melancholy.

With “Way Out”, the album’s final track (and also, effectively, its title-track, if you listen closely enough), the band paint one last proggy picture using every colour in their musical palette, marrying gloomy, grungy vocals to a doomy, post-metallic, light and shade dynamic that builds up, burns out, and then fades away leaving the listener still hypnotised and desperate for more… and you’ll be able to experience all that, and the rest, in a few short days when the album is officially released.

Trust me, it’s worth the wait.