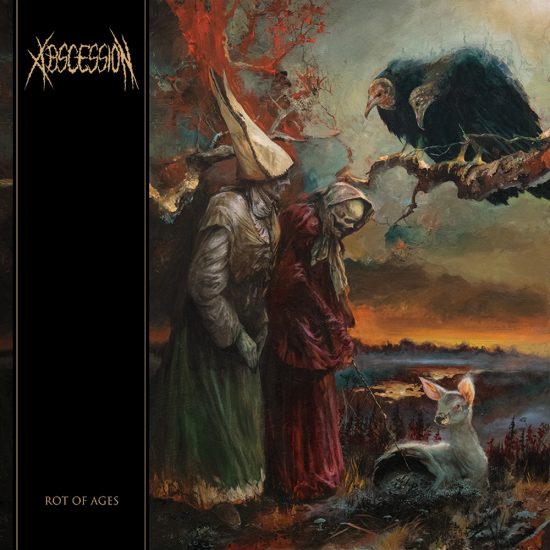 It is time to hail our ever-present companions the rats, who have become even more visible and aggressive during the pandemic lockdowns, when both public human presences and their refuse have diminished. As one report noted, “Rats are coming out of hiding. They’re taking to the streets in broad daylight and invading homes in a desperate search for food.”

And so the timing seems perfect for us to present Abscession‘s lyric video for their song “Rat King Crawl”, which is off their forthcoming second album, Rot of Ages (coming later this spring via Transcending Obscurity Records). And what better way to exalt the rats — and their hunger for human flesh — than through an electrifying dose of ravaging Swedish death metal. 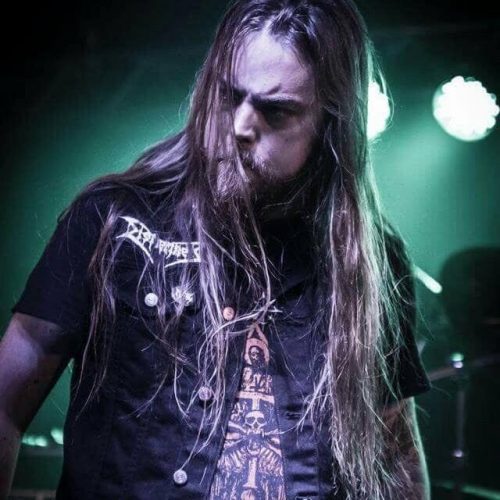 There is another meaning to the term “Rat King” beyond the suggestion of a vermin monarch, which perhaps seeps into the lyrics of the song. If you don’t know, a “rat king” is a term for a collection of rats whose tails are intertwined and bound together (google it for some bizarre photos), and Abscession‘s song also envisions us becoming part of the rat king through being consumed by them.

The lyrics ought to bring smiles to your faces. If they don’t, you’re taking everything way too seriously. And you could easily make out the words even without seeing them in the video, because although Abscession vocalist and lyricist Thomas Clifford possesses an absolutely wild, ferocious howl, he clearly enunciates all the gruesome words. 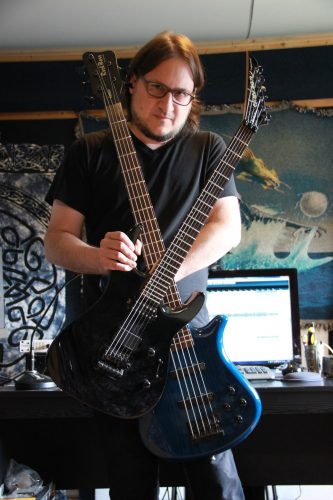 Of course, his vocals and morbid lyrics aren’t the only features of this turbocharged song that make it so damned much fun. His bandmate Skaldir has also cooked up a bunch of delicious riffs, in addition to performing bass and keyboards on the album. Delivered with that meaty chainsawing tone we know and love so well, the sound grinds and devours, but also delivers jackhammering grooves that are made for headbanging and darting chords that convey a kind of evil joy.

Meanwhile, session drummer Markus Porsklev effectively switches gears, generating an amalgam of battering, romping, and galloping sensations that keep the infectious energy of the song at a high level. The track further includes a pair of solos by the band’s guest Sethras that are also noteworthy. The first one is a feverishly quivering and spiraling affair that gives the song an extra shot of adrenaline (as if it needed one). The second one, longer and more melodic, brings the song to a close, slowly slithering and oozing misery over furious double-kicks and acrobatic fills and gloriously blaring keyboards. Enjoy!

Rot of Ages features stunning cover art by the great Adam Burke. Pre-orders aren’t up yet through Transcending Obscurity, but they will be soon, and it’s to be expected that the label will give the album its usual lavish physical treatment, in addition to making it available digitally. Keep an eye on the locations linked below for further info.