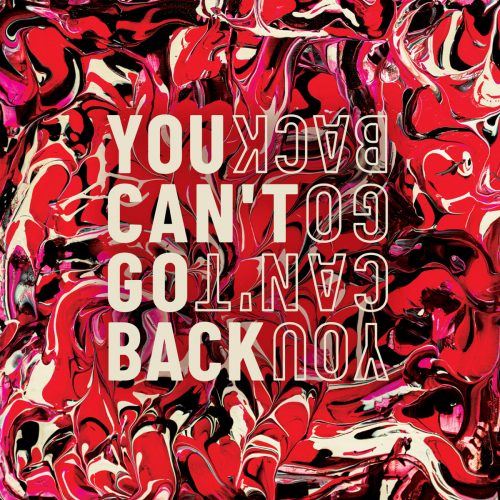 (Here’s Gonzo’s review of the new album by the Toronto-based band Sarin, which is out now on Prosthetic Records.)

If you want to consider the future of “post-metal” as a genre, you won’t have to look very far to find the trailblazers showing us the way.

You could look as far back as the mid-’90s, when Neurosis began their transformation from sludgy hardcore into a subgenre-defining behemoth.

You could look at the glory days of ISIS circa 2005, when Aaron Turner and co. dished out slabs of ethereal heaviness that defied explanation.

And now, you can look at bands like Toronto-based Sarin, whose nasty, emotive brand of sonic vitriol is poised to bring post-metal into the present – with a vengeance. 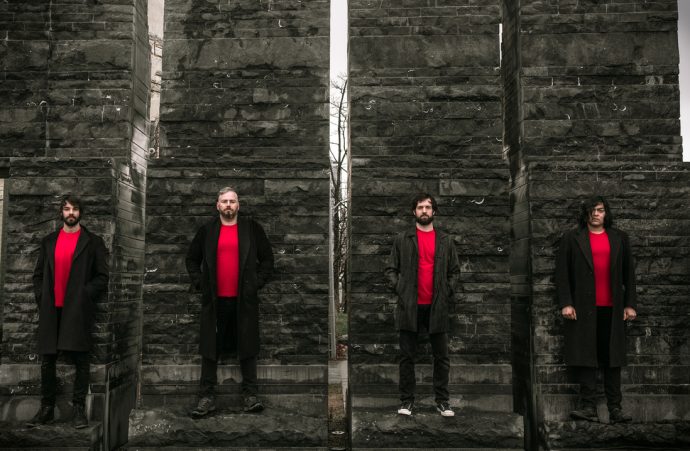 The six tracks that make up the earth-moving beast that is You Can’t Go Back are just as happy to grab you by the throat as they are to be your crying shoulder. There’s a certain type of restrained fury here that the band packaged into a multi-faceted assault; the ISIS comparisons will probably stand out first, but there’s so much more to what’s going on with Sarin musically than simply wearing their influences on their sleeves.

The record is self-described by the band as being “written in the wake of several crumbling relationships… and recognizing behaviors and circumstances that make joy scarce.” Considering that backdrop, the soundtrack fits the bill. Try to listen to “Reckoner” without feeling the weight of it hang in your gut like an anvil being dropped off a skyscraper. The emotion is palpable and jarring, but after multiple listens, I can’t help but notice a distinctly uplifting undertone that’s quietly laying beneath the surface. The way the band laces moody post-rock passages through such abject brutality is impressive; even more so when you realize that it doesn’t sound the least bit forced.

“Reckoner” might be the album highlight, but that’s not to say the rest of the album is any less lean. “Thick Mire” features an absolutely massive riff that I can never get out of my head after I hear it, and “Cold Open” starts things off with the audial equivalent of being hit in the back of the head by a crowbar. (No, not that Crowbar, but that’s also not an unfair comparison.)

Surprisingly, Sarin use the gravely roar of their vocalist sparingly. There are several moments throughout You Can’t Go Back that are driven by enormous slabs of down-tuned heaviness sans vocals, and it works. “Thick Mire” might be the most penetrating example, but the effortlessly awesome instrumental “Otherness” is right up there with it. The track is also the perfect buildup for when “Leave Your Body” closes things out.

Keep your eye on this band. The rawness of their entire discography warrants a listen, especially if you’re a member of the Cult of Neur-Isis. But I can confidently say that You Can’t Go Back is Sarin’s finest hour, and one you should add to your playlist – especially as one of the darkest winters in living memory gives way to a more hopeful spring.