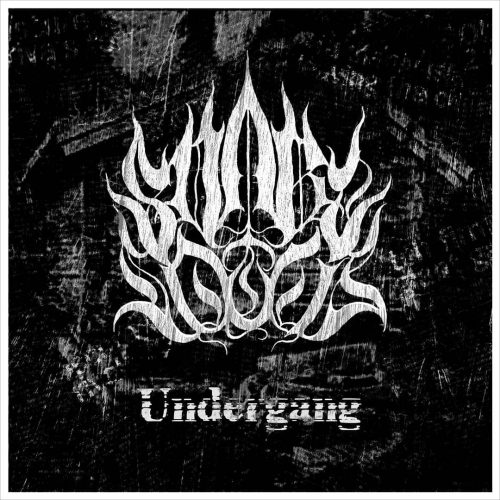 What we are about to present is, among other things, a fascinating case study in how talented musicians can take a song by a different artist with a dramatically different style from their own and transform it into something new — something of their own — while still retaining a connection to the original. Of course, you could just call it a “cover”, but that seems like an inadequate label for the kind of wonderful interweaving of artistry that has been created here.

The song in question is “Undergang“. It was written and originally recorded by a Norwegian folk musician named Stein Torleif Bjella, and it appeared on his 2013 album Heim For å Døy. The cover of the song, which we’re now premiering, was created by the Norwegian black metal band Svart Lotus, and it adds to the already significant proof that Svart Lotus isn’t just another black metal band, but a particularly distinctive one that goes its own (very captivating) way.

By way of background for those just now discovering the band, allow us to repeat a few things we wrote the last time we premiered a Svart Lotus single: 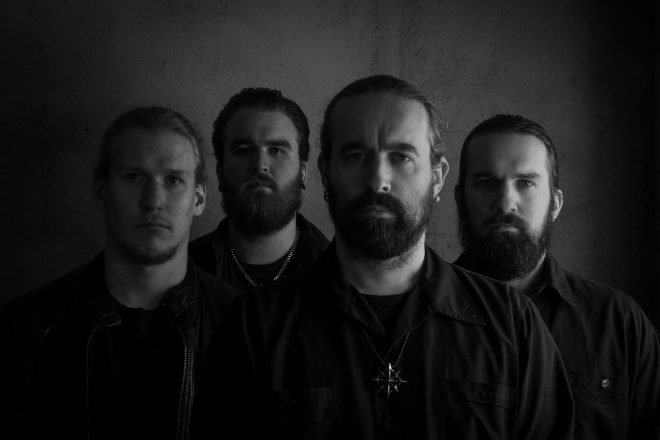 Sometimes bands that begin as “side projects” are destined to live in the shadows of their members’ main acts, even when all evidence demonstrates that they have become living things in their own right, with their own personalities and strengths, and bright futures of their own. That has certainly been true of Svart Lotus, which began as the solo project of 1349 bassist Tor R. Stavenes (aka Seidemann) and has come to include Disintegration members Eivin Brye (drums) and Øyvind Kaslegard (bass), as well as guitarist Sigve Jordheim.

This isn’t to suggest that people are failing to give Svart Lotus the recognition they deserve, but it might be to suggest that even now not enough people are doing that. The band may have begun as a way for Tor R. Stavenes to spread his wings, picking up the guitar and using his own voice and songwriting talents, but it has blossomed into a musically compelling entity that’s both true to the spirit of Norwegian black metal but also adventurous.

So far, Svart Lotus have put out a 2016 self-titled EP and an even more eye-opening 2018 debut album (Stemmer fra dypet), as well as that single we premiered last June, “Nekroestetikk“, all of which are well worth your time. But now let’s turn to “Undergang“.

The original version of the music, sung in Norwegian, is a bluesy folk song that’s heavy and lumbering despite its predominant acoustic instrumentation. It’s dark in its mood, and more than a little haunting, and Stein Torleif Bjella‘s expressive voice is captivating, as are the lonesome wails of the ringing guitar arpeggios that surface and re-surface. It’s the kind of song that lodges itself in your head on the first listen, and you’ll probably find that it continues to echo in your memory after it stops:

As mentioned above, what Svart Lotus have done with the song is transformative. Their re-creation of it is dynamic, multi-faceted, and tremendously gripping. In part, their cover is a ravaging black metal firestorm. The whirring riffs gloriously blaze while blasting drums drive the momentum in a fury, and the savage, strangled snarls that channel the lyrics add to the music’s ferocity. But Svart Lotus also slow the momentum and ominously pound while the melody flows in waves rather than burns, and creates a sense of menace and melancholy. And further, the band also build a feeling of forlorn grandeur that’s augmented by singing voices and by the pealing tones of a glorious solo, making the song into a bleak anthem.

You’ll discover that the captivating original melodies are still there, but have also become something new.

Credits: Guitars were recorded at Seljetun/Black Floor studios. Drums, bass and vocals were recorded at Brye Studios. The song was mixed and mastered by Jarrett Pritchard at New Constellation. The cover art was created by Eivin Brye, and the logo by Danny Larsen.

Svart Lotus‘ cover of “Undergang” is being digitally released on March 12th by Nekroelvis Records. For more info about how to get it, keep an eye on these locations: